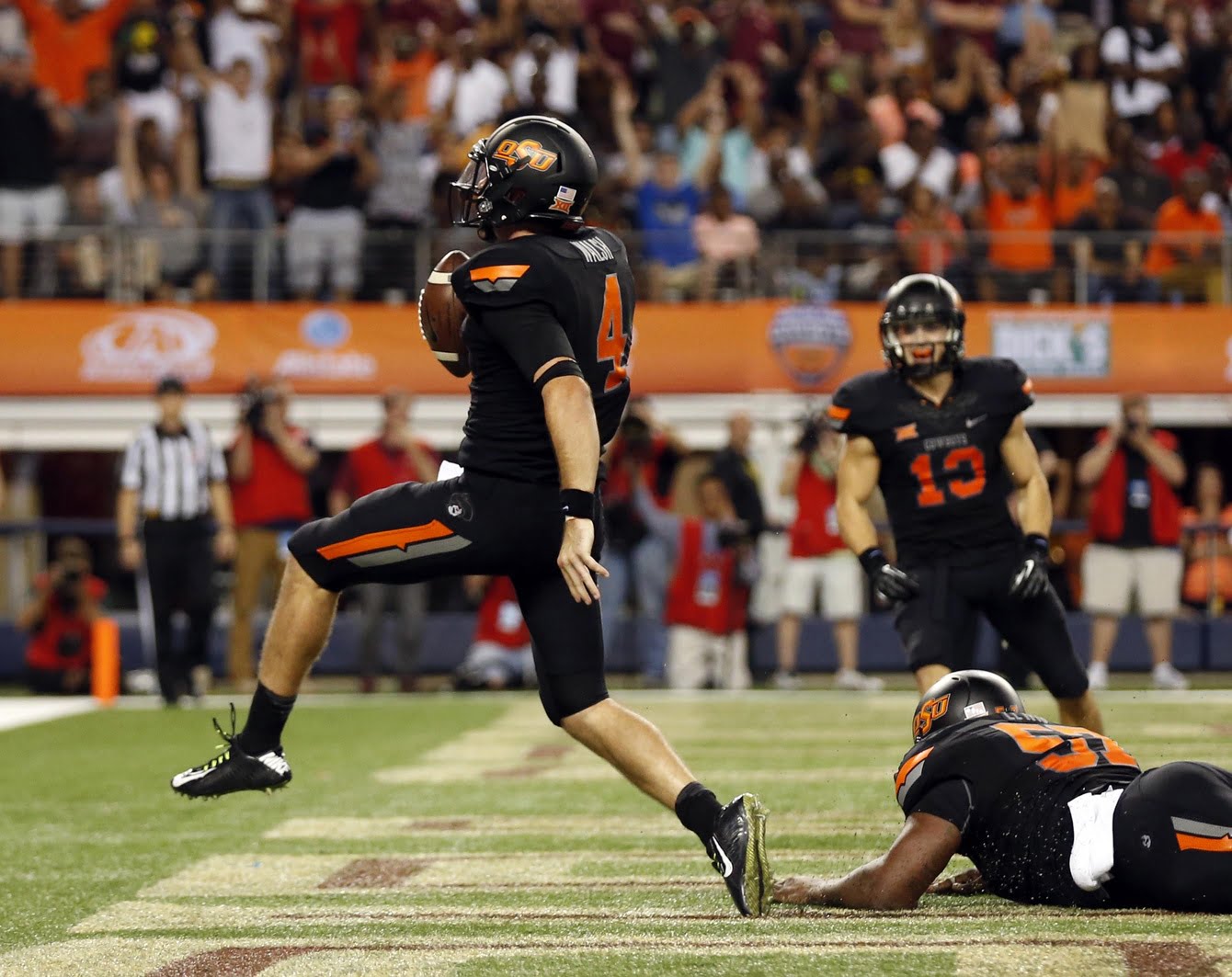 Welcome back to the mailbag — thanks, as always, for your questions.

@pistolsguy Does a healthy JW make the offense better enough to win anymore games than Daxx does?

I’m just not sure which games OSU would have won/will win with JW instead of Daxx. Not TCU, not Kansas State, not OU, not Baylor and probably not West Virginia — though that might have gone differently. So….Texas? I guess that’s possible.

I do think this offense is more dynamic with No. 4 back there — I’m not sure if that means better. Somehow all the defensive lines OSU faces seem to get better as the season wears on and OSU’s offensive line keeps regressing.

Kansas State has 10 conference play sacks on the season, five were against us. Michael Vick circa Blacksburg couldn’t save that.

I’ll say this team would have one more win by the end of the season — either Texas or WVU — if Walsh had played all year instead of Daxx.

@pistolsguy Who has the better professional career when it's all said and done, Marcus Smart, Dez Bryant or Rickie Folwer?

I’m going to say Dez. His trajectory as it stands right now is as a Hall of Famer. You can’t say the same for the other two (although Smart’s sample size is entirely too small).

I go back to who would you be the least surprised to see in their respective Hall of Fame and that answer is easily Dez. Not even close.

@pistolsguy is Tyreek fast enough to throw a pass down field, run, and catch it?

@pistolsguy how many signatures does it take to get you to resign?

@pistolsguy You get Chelf or Zac for 1 more year. Who do you pick?

Do we still run the air raid? That’s not a hypothetical, rhetorical question — I legitimately don’t know whether we run it anymore.

@pistolsguy do you think any college QB since 2011 would have lead OSU to a national title if they were on the 2011 #okstate squad?

I’m so irrational about Brandon Weeden it’s unbelievable. Even watching the Dallas game last week I know he wasn’t very good but I was still able to explain away all his shortcomings in my head.

It’s like having a kid, really. I know deep down that my kid is definitely not the cutest/smartest/most well-behaved but it’s hard to disassociate yourself from that because you love them and have a familiarity with them that’s unparalleled.

The answer might be that somebody else could have taken that team to the title game but I wouldn’t choose anyone else to have tried to do it.

@pistolsguy Who will be better: Last year's defense, or this defense 2 years from now? (assuming Spencer is still DC)

In short, the argument could be made that it was the second or third-best defense in the country last season behind Michigan State and Florida State.

Will this defense be the second (or fifth? or 20th?) best in the country two years from now? I don’t think it will. I think it will be a really, really good D, but that one from last year was underappreciated and elite.

I might get pomp glue in my hair so no.