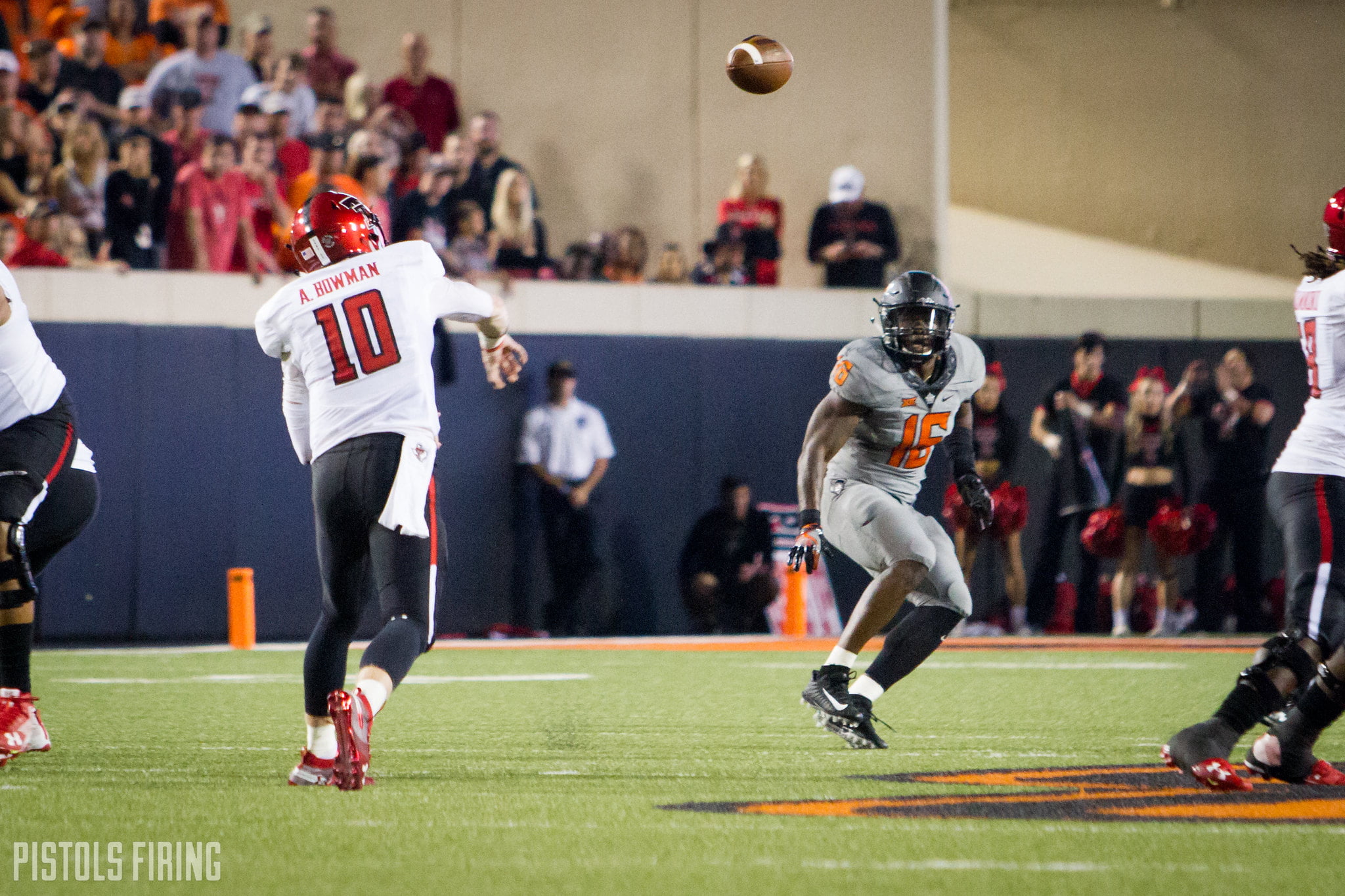 It was no secret that OSU was in the quarterback market to add veteran experience at the position after Spencer Sanders hit the portal this offseason, but news of Alan Bowman’s commitment this week did come as a mild (and pleasant!) surprise. OSU needed someone who had experience and who could add some competition in the room beyond Garret Rangel, and Bowman is definitely that.

Which begs the question: what does his commitment mean for OSU? What does it mean for 2023? Is he the no-brainer starter to open the 2023 season or a stopgap to help Rangel as he develops?

Here’s my analysis and #take on the situation. Be sure to read Marshall’s great column on Bowman as well that had five things to know about what OSU is getting in the Michigan transfer.

What it means for 2023 prospects

I’m very much on board with Garret Rangel eventually developing into the answer at QB for OSU. But I’m also very much of the belief that he was not in any way ready to take meaningful snaps in 2022 as a true freshman. He was thrust into a pretty rough situation in an offensive scheme that was centered around a mobile quarterback behind a play-caller that has, shall we say, come under some scrutiny for his scheme and play-calling. Not a great situation.

It’d be a risk for OSU to roll into 2023 with only Rangel and Gunnar Gundy at QB as your only options. Rangel may well wind up winning the QB1 job over Bowman, to be sure — this is a player who sat at Michigan the last two seasons — but his presence feels like a floor-raiser for the QB room on the whole. If Rangel wins the gig he will have earned it over an experienced QB who Gundy in the past has praised. If Bowman wins the job then he, too, will have earned it, and it’d be meaningful for him to do so given how glowing the reviews have been on Rangel behind the scenes.

As for what it means for the 2023 season prospects, it’s anyone’s guess. Adding him makes me think that the QB position — regardless of who wins the job — won’t be the team’s biggest weakness. But losing approximately 78 receivers to the portal is tough to overcome. And there are myriad holes still to fill on both sides of the ball. Just looking at the roster it’s hard to envision this team being picked to finish in the top half of the Big 12.

What Bowman can bring

Like I mentioned above: Bowman’s been basically pine-riding for two straight seasons at Michigan. He played in five total games but only totaled 69 yards passing on 11 attempts. But before that Bowman was at Texas Tech — at least early in his career — a really nice prospect. As a freshman, he had 2,638 yards passing and completed 69.4% of his 327 attempts to go with 17 touchdowns and 7 INTs. He’s someone who in Tech’s scheme was able to push the ball down the field as a true pocket-passer.

“They’ve got a young quarterback who is throwing it around and has come along,” said Mike Gundy several years back of Bowman. “He’s a really good player. This league will be disappointed to see him for the next three or four years, or however long it’ll be. He seems to understand their system and looks like he gets it. They’re moving the ball and scoring lots of points.”

So you might be thinking: wait, if he was so good, why did he only play 11 games at Tech after his freshman year the next two seasons transfer to Michigan where he was just a backup? And honestly: fair question! The answer is that he had a go with injuries. A collapsed lung in 2018 caused him to miss four games. A broken collarbone caused him to miss most of 2019. An ankle injury in 2020 robbed him of most of 2020. Then at Michigan he never got a chance. A chance is exactly what he’ll be given at OSU in a QB room that desperately needs experience and poise like he can bring to the table.