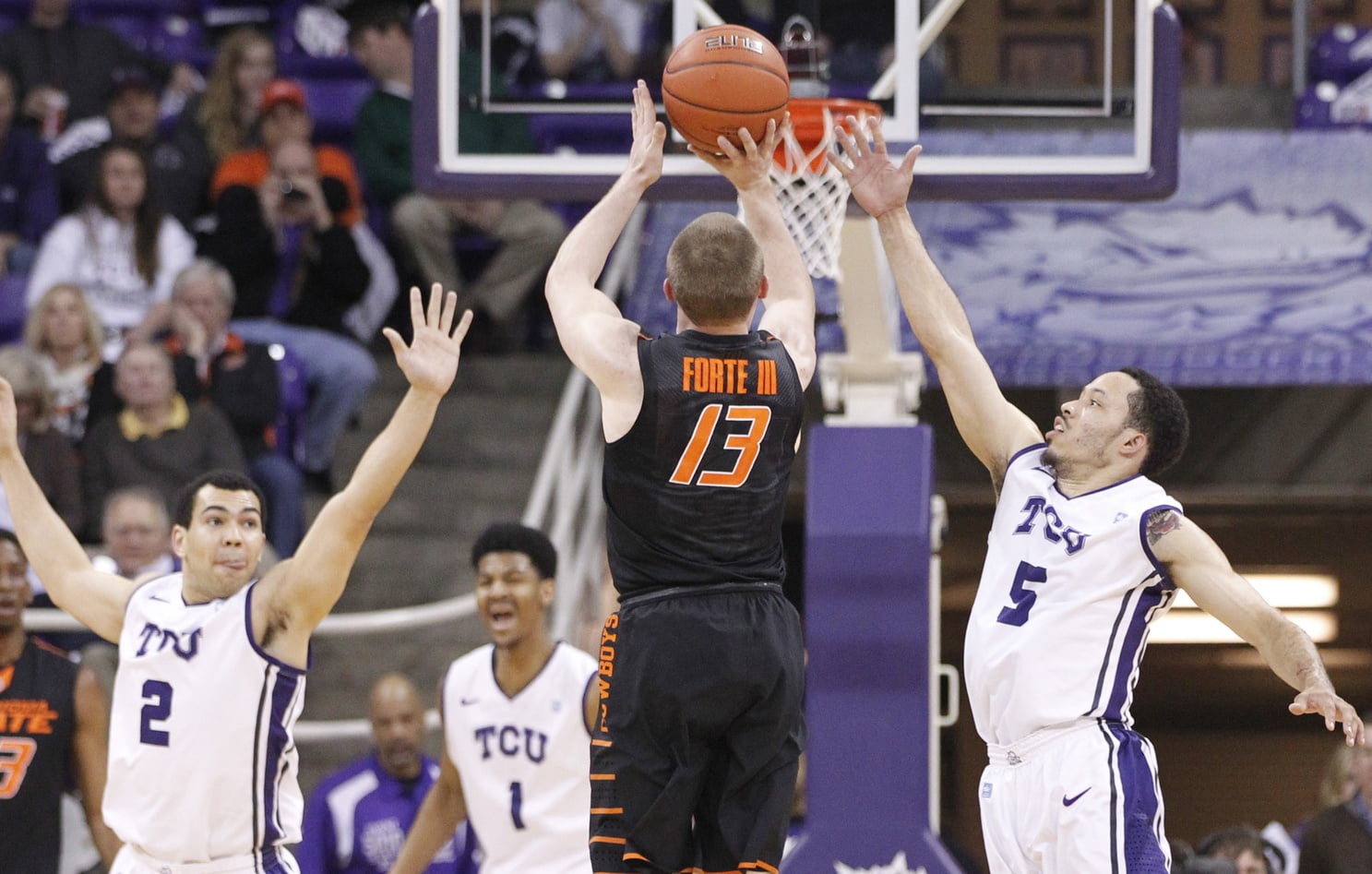 College basketball has to have the least-hyped opening day in all of sports. OSU’s gets kicked off on Friday with a visit from Southeastern Louisiana.[1. Which is a team somehow being played by 38 schools over the next month.]

With that in mind, here are 20 (probably dumb but maybe enlightening) predictions for the 2014-15 season.

1. Oklahoma State will finish sixth in the Big 12: I want to go higher, I really do. But I just can’t. The top of the conference is a bloodbath but I think OSU has a chance to be the class of the middle tier of teams.

I’m going to regret this, aren’t I?

2. Travis Ford won’t be fired: No. 1 sort of implies No. 2 but some folks see this as a make or break season for the former 6th Man actor.

Ford is signed for this season and four more after it so we’re entering “if he sucks let’s cut ties” territory (honestly, we should have already entered it) but I genuinely think OSU will be competitive and flirt with the tournament — you can’t fire a coach at a program like OSU if he makes three straight tournaments.

3. Clip will have all of GIA like this multiple times this season: 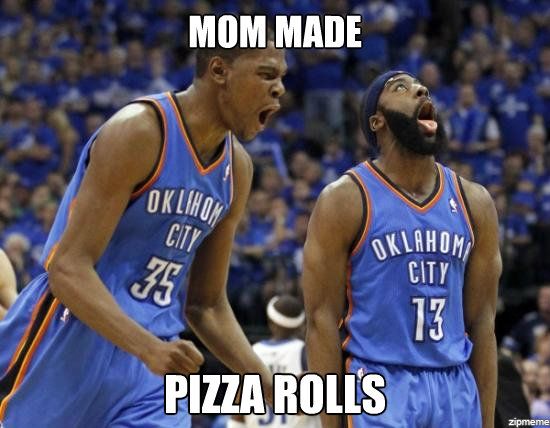 4. OSU will only lose twice at home: Here are OSU’s GIA losses under Travis Ford…

Odd-numbered years and such.

5. Le’Bryan Nash will be first team All-Big 12: That doesn’t sound like a stretch but he wasn’t preseason All-Big 12 which, really, might be the best thing that happens to him all year.

I wrote more about his career here.

6. Anthony Hickey will break his personal record for assists in a game: Hickey has had eight assists in a game three times in a career. Something tells me feeding a hungry Forte and shoving passes to No. 2 on the block will help him best that. Probably multiple times.

7. This squad will get hot early and there will be 344 stories written about how it gets along better than any Travis Ford team ever: I’m thinking this team starts 10-2 and we get rumblings over Christmas about how not having any potential lottery picks is the best thing that’s ever happened to OSU hoops.

All of the Ewing Theories, bring them to me.

8. Phil Forte will average 15 PPG: Again this sounds innocuous but since 1997 only 15 Pokes have done it and over the next two years Forte has a chance to join James Anderson, Adrian Peterson, John Lucas, Markel Brown, Marcus Smart and Desmond Mason as the only players to do it twice.

9. Marek Soucek will do nothing: I’m setting the over/under for points + rebounds + assists + steals at 21.5 for the entire season.

10. Travis Ford will use the phrase “exclamation mark” in a post-game presser this year: It’s going to happen. He’ll say something like “Anthony Hickey is the best defender in the history of the Big 12 other than Marcus Smart exclamation mark” and everyone will be so confused.

11. Travis Ford will search for a big man to complement Cobbins all year: This is a thing that was said on Thursday:

Based on Travis Ford's talk, sounds like Mitch Solomon could in start #OKState's season opener Friday.

In a strange twist it might actually be Kamari Murphy that OSU misses more than Markel Brown and Marcus Smart.

12. Le’Bryan slides into third on the all-time scoring list: He’s not catching Byron Houston (2,379) or Big Country (2,367) but with a season similar to the last two he’ll catch Adrian Peterson (1,866) which would be pretty crazy.

13. RIP #LobStilly: I hope they bury it somewhere tender, like in the bottom of Markel’s old locker. It will be missed dearly.

15. Jeff Newberry will end up being the sixth man on this team: Not the 6th Man (Ford) but the sixth man. Nobody seems to know who it will be as of right now but I’ll take the Juco guy over all the true freshmen and Sager (love you Sager).

16. Leyton Hammonds will remind everyone of Terrel Harris: I have an affinity for 6-7 wings and I think Hammonds has a chance to be a star.

OSU will need him to be better than he actually is at this point for its team to be where Ford wants it to be but I still think he’s going to have a terrific season.

17. Michael Cobbins will have 70 blocks: It’s only happened three times in OSU history and once this century (Andre Williams).

18. Forte will make 10 threes in a game: There’s going to be a handful of games when Ford just says “screw it” and tries to ride Forte to the finish line (as it were):

The OSU record in a game is 11 by Randy Rutherford, nobody else has ever had 10 (the Mexican Assassin had eight against UTSA a few years back).

19. Kansas will win the Big 12: Sorry Texas and OU, we’ve been where you are. Enjoy the preseason hype, it’s actually quite fun while it lasts. Get back to me in late February.

20. Oklahoma State will make the NCAA Tournament: The Big 12 will be unanimously declared the best conference in the country and nine wins plus a decent non-con schedule will get this squad in.

It will then lose in the first round, but still.