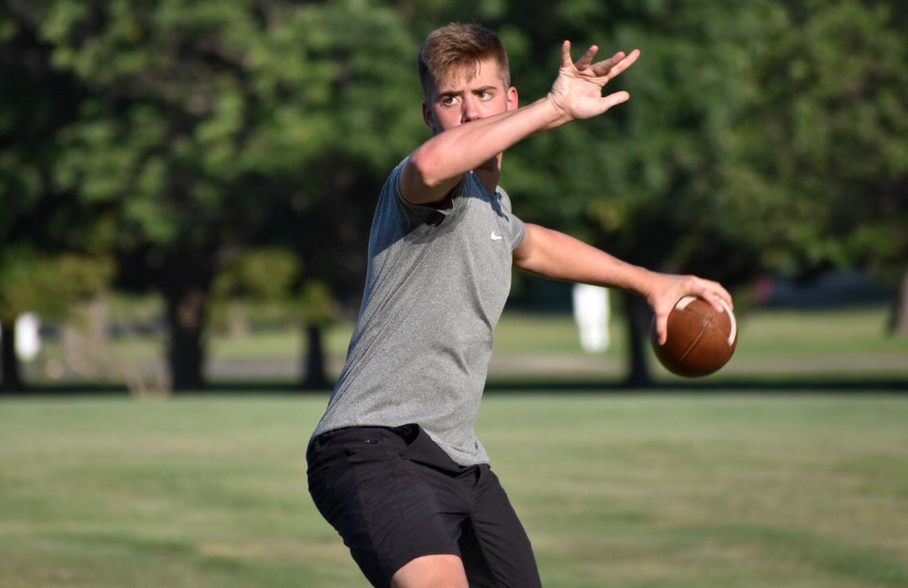 Oklahoma State got a nice jump on the 2020 recruiting class, landing three commits in a span of three months ranging from last April to July. But things have cooled of late, as they usually do when the season — and the preceding recruiting class — take precedent.

Now that the 2019 class is in the books, though, OSU will likely be turning its full attention to recruiting this spring (on top of, you know, spring practices). So yes, it’s still early to guess who will fill all the holes in the class. But based off intel we have and offers already made, we can make some guesses about what the class will look like when they sign in December.

First up: The offense.

Gundy’s still mostly undiscovered as a recruit, but those around Stillwater who need to know, know: He has Division I talent. And more to the point: He and OSU seem destined to wed, considering his mulleted father played (and currently coaches!) at OSU.

Here’s what Bill Haisten of the Tulsa World said about that possibility last fall.

Another reason why Gundy won’t leave: it seems a certainty that Gunnar Gundy will play for his dad at Oklahoma State. Gunnar is the second of Mike’s three sons and a legitimate major-college quarterback prospect.

As Mike Gundy has coached his son since he was a toddler, there’s no way that Gunnar Gundy plays college football for anyone but his father. If Gunnar has a redshirt season, he would be at OSU from 2020 through the 2024 season. [Tulsa World]

Gundy has reportedly received interest from programs at the high major level, but thus far no one has pulled the trigger with an offer. Still yet, his ties to OSU — coupled with the fact that OSU has swung and missed on targets Deuce Hogan, Will Plummer, Jack Miller, Hudson Card — seems to make a Gundy-Gundy pairing in 2020 possible, if not likely. Sapulpa product Eli Williams may be another name to watch too if, you know, Nick Saban swoops in late on the younger Gundy.

OSU already offered one Bishop McGuinness star this past week in Brynden Walker, a 2020 linebacker/defensive end. Why not go after his teammate? Richardson’s got as much juice as a Division I talent, having already received Iowa State, Colorado, Arkansas, Memphis and Minnesota offers. Keeping Richardson close would make some sense, especially considering five-star Zach Evans and four-stars Sam Adams and Seth McGowan seem unlikely OSU gets.

Marvin Mims, Matt Polk and Brenden Rice all project to be blueblood bound. Midland, Texas product Loic Fouonji is the middle ground — a player who is elite but might not get attention from the elites. He could blow up as a national recruit, but OSU’s already in on him, and he’s a quintessential OSU receiver. He has really good ball skills, elite size, and he’s from Texas.

Horace has been on OSU’s radar for a minute; he picked up his offer all the way back in mid-March. Since then, he’s picked up Arkansas, Houston, Texas Tech and Nebraska offers, and also revisited OSU for a camp. The Crockett, Texas product fits the mold of a Cowboy Back, and Cowboy Back coach Jason McEndoo’s been working on positioning to land him for over a year. Last time he was able to recruit someone this long, he landed a big one in Grayson Boomer.

Russ committed last year and laid the foundation for what could be a big 2020 class. He’s probably the only in-state kid OSU can land, though. Broken Arrow product Andrew Raym is likely headed elsewhere. Elsewhere, the path to landing prospects is still unclear, seeing as new OL coach Charlie Dickey is just now sprawling out his recruiting roots. Given his track record, though, a junior college transfer and an under-the-radar kid from Texas is probably even odds. Maybe keep an eye on the two kids he offered this weekend, whom he already has a relationship with dating back to his days at Kansas State.