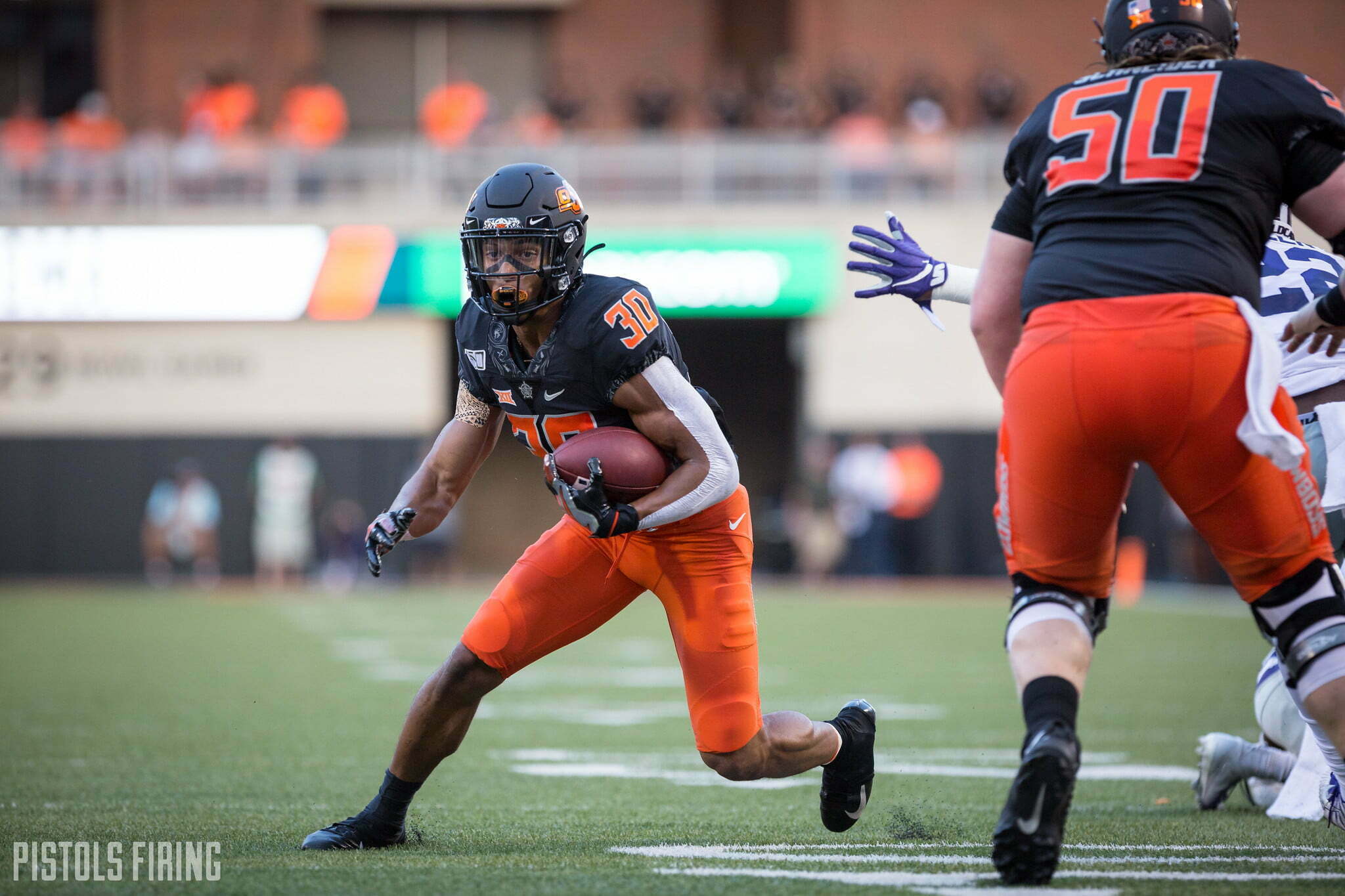 Stop me if you’ve heard this before.

After turning in a career game for the second time in three weeks, Chuba Hubbard was named the Big 12 Offensive Player of the Week.

You probably stopped me because that was pretty much the exact lede following Hubbard’s big game against Tulsa when he racked up 256 rushing yards including big runs of 75, 30 and 34. New week, more yards and more big runs… Another award.

Chuba earned his second Player of the Week honor after this time pushing his career high to 296 rushing yards, the sixth-most in school history, and one TD during OSU’s 26-13 win over Kansas State.

Chuba’s big night further extended his lead over everyone else in college football with now 938 yards through five games. No. 2 is Ohio State’s J.K. Dobbins with

Before Chuba earned the Week 2 honor, the last Cowboy running back to win Player of the Week was Desmond Roland in 2013. Chuba is now the school’s first RB to win it multiple times in a season since Tatum Bell did back in 2003.

Marshall Scott did a great job of rounding up all of his significant numbers on Saturday night, but this just jumped off the screen at me.

He’s also on track to become the second Cowboy to surpass 2,000 rushing yards in a season, again only behind Sanders’ 1988 year. If Hubbard kept this pace, he would run for about 2,439 yards in a 13-game season. Again, it’s way too early, but that number would be the fourth most in a season in NCAA history. [PFB]

The Big 12 named Chuba Hubbard (@Hubbard_RMN) their offensive player of the week. Hubbard ran for a career best 296 yards (#OKState record vs ranked opponent) & a TD against Kansas State. pic.twitter.com/PTgyJ5m1et