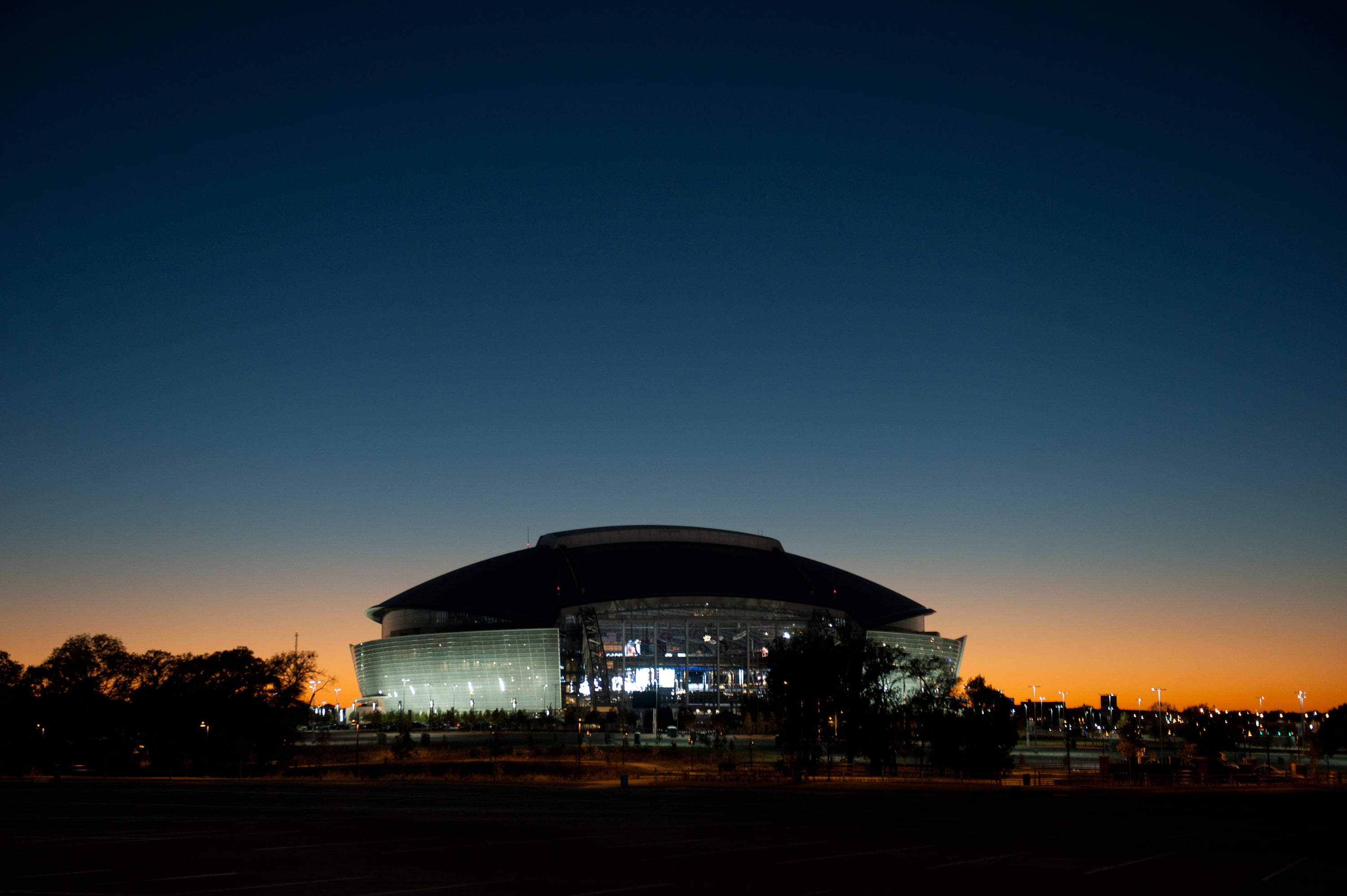 Well it’s sort of quiet in my head where the new site design and new season and kids and friends and trying to piece together my life as a sportswriter have been rattling around for the last few weeks.

It’s intermittently quiet and crazy loud up in there and the trick is to smooth the edges on both and find that linear slot for all of my thoughts.

It’s a wily place but this morning my thoughts are quiet.

I’m only thinking about tonight — of what may come when Oklahoma State and Florida State and all those who’ve traveled hundreds or thousands of miles spill onto the stage between Dallas and Fort Worth.

It should be quite a show.

One of my favorite things about college football, okay sports at large, is the opportunity to begin again at the genesis of every season.[1. We actually call this the Appalachian State time of year.]

Maybe I say that because I grew up as an OSU fan and wanting to hit the reset button on the football season was an annual ritual up there with Thanksgiving, Christmas, and Eddie Sutton 20-win seasons.

Or maybe the Bedlam game from last year is still bitter on my sports palate. Maybe basketball didn’t do the trick to fully erase the way last year ended in football.

But part of it, maybe a lot of it, is this idea that no matter what happened 13 games ago or 26 games ago or 39 games ago, you get a clean slate every September.

That’s a quality about competition that’s oft overlooked and always underappreciated. Each season has its own rhythms and continuity and each is fascinating in different ways.

That first game is only the beginning of what will be a quarter-year’s worth of tremendous memories in the chilled air that’s sure to chase the season around all the way until the holidays.

It’s a crisp, wonderful, brand new time of the year.

In my home we’ve been continually hitting the reset button.

The two-year-old who was with us at the beginning of last year is back with his biological family and despite that gaping hole I still feel that I doubt will ever be filled, his spot in the Porter family rotation has been filled by two other youngsters — one a 2’9″ speedster who (sort of) plays the slot and the other a 3’4″ little lady with the body of a defensive end.

We love them both.

I try to not talk publicly about my home life too often (because nobody likes “posts 200 pictures of his kids on Facebook every week” guy) but I always think of the state of our home this time of year. I think about how it changes and it’s refreshed and sometimes it’s not that fun but how usually it’s nothing but joy.

It’s a lot like college football in that way — maybe that’s what makes me think of it.

My first biological son was born last December — he’s never seen an Oklahoma State football win, by the way — and though he’ll likely grow up to be a very average athlete I want him (and our other kids) to understand two things about sports:

1. The metaphors they throw at real life are endless
2. The begin again button is a beautiful thing

It doesn’t much matter what happened in the past because that begin again button always looms large around the corner.

No matter if you went 2-10 last year or won the title — in football or life (metaphors!) — you always have the opportunity to start over.

That’s not to say there aren’t consequences for past actions or repercussions for decisions that were not well-planned, only that each month, each week, and each day is an opportunity to be regenerated.

So for me the Florida State game isn’t to be viewed as an event where Oklahoma State is a massive underdog. Nor does it necessarily set the tone for the other 12 (11?) games this year.

No, the Florida State game is another sign post along the way — one that says I don’t care about what happened behind you, the way forward should be spectacular.

I love it all. Every second of it.

But what I love most is that every fall you feel refreshed and ready to go through the experience all over again.

If Kevin Peterson houses one early while Kirk Herbstreit opines “what has happened to No. 5?!” then you start thinking crazy things to yourself that’s okay.

If Jhajuan Seales lives up to his number-sake and proves himself to be the best receiver on the field on Saturday and takes his third TD to paydirt early in the third to give OSU a 10-point lead, those are real feelings you’re feeling.

Because then if you hang around until the end and somehow beat Florida State on a JW Walsh shovel pass to Tyreek Hill who eludes four defenders and punches the pylon on the way in as time expires then Stillwater falls and takes Jameis with it.

It’s an explosion of orange into the college football atmosphere. It’s Boone Pickens making it rain on the entire DFW Metroplex while Gundy climbs to the top of Six Flags and dances over his entire North Texas kingdom.

It’s unlikely but that’s what’s great about the beginning — very little has happened in the past that can define what you’ll see in the future.

But even if Jameis goes for five hundy and Jimbo and Co. roll to win No. 17 in a row, that’s all right, too. Because you still got to go to (or watch) a world-class football game with your best friends in one of the coolest stadiums on the planet.

We can whine and gnash our teeth over what went wrong for the next week and then you get to do it all over again the next Saturday.

It’s beautiful. It’s college football. It’s nothing (ultimately) but it’s a metaphor for everything.