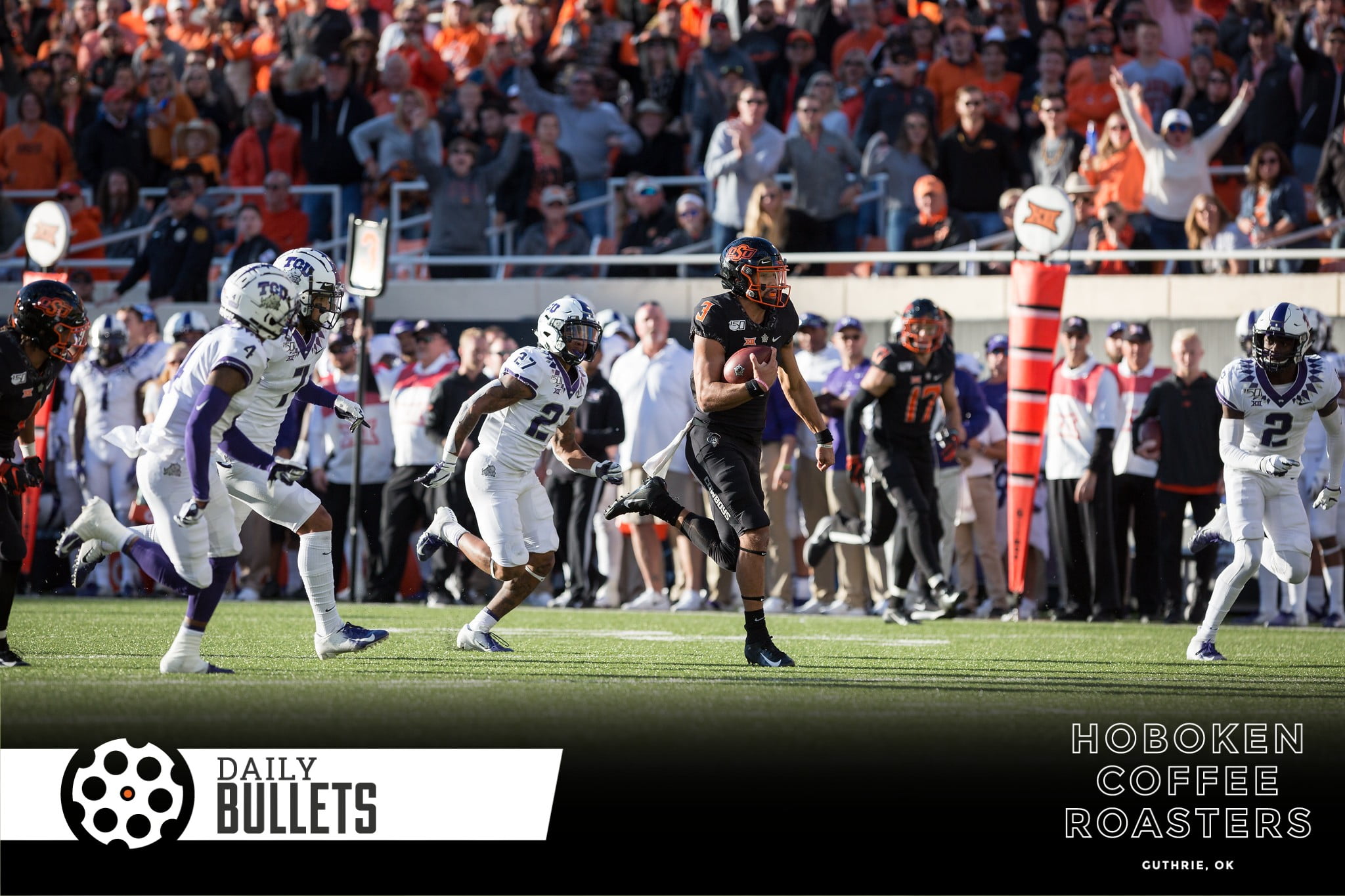 • Don’t count on hearing anything from Mike Gundy and the crew until decisions are made from a higher level:

Oklahoma State coach Mike Gundy was scheduled to have a Monday media availability, but the school announced all interviews with coaches and players have been postponed.

Until a decision is made, there will continue to be points and counterpoints. [TulsaWorld]

• The concept of borrowing Iowa and Nebraska would be incredible – fascinating to see how a traditional Big Ten team fares.

For context: all the reports out say that the Big Ten is cancelling their season but Iowa and Nebraska were the only two schools who voted to play.

I don’t know how feasible any of this is, maybe not at all, but I think the B12 would be interested in Iowa and Nebraska on loan. Those schools bring legit TV money to the table.

• Here are the two biggest barriers to a season taking place in college football:

The first is liability. It’s why to you and I and the players and pretty much everyone involved, just one single player getting COVID-19 and having some sort of long-term disability (or worse) sounds like a very small percentage (and it is). But with how high-stakes (and highly emotional) everything is right now, even being exposed to that level of liability if you are a school president or a group of regents is incredibly uncomfortable.

The second problem is related to the first. If you’re going to expose yourself, you need to have a more level playing field between the “employer” and the “employee” because you need to be able to enforce the rules of the game (i.e. keep players in a bubble like the NBA is doing). [PFB]

• Can college football teams play out of their conference… if it doesn’t play?

• Pokes have gone to masks over the shields:

It appears #OKState football has ditched the plastic shield inserts for helmets and switched to face coverings during preseason camp.

• Our third kiddo is coming next month – currently conspiring to get the below lamp switched into the nursery at some point during the sleep-deprived phase:

Lots of unhappy talk about no college football this fall. I’m all for keeping everyone safe but I sure hope it’s not lights out for @CowboyFB in 2020 #okstate #GoPokes pic.twitter.com/1VRbC50SEU

• I like (and agree) with the concept of selling your results and not your time
• Before yesterday’s game, Berry T. looked at the Thunder’s place in the seedings
• Intrigued by this YouTube video – a guy bought $1M worth of lottery tickets and didn’t win… Pretty much answers all of the hypotheticals I’ve thought about.