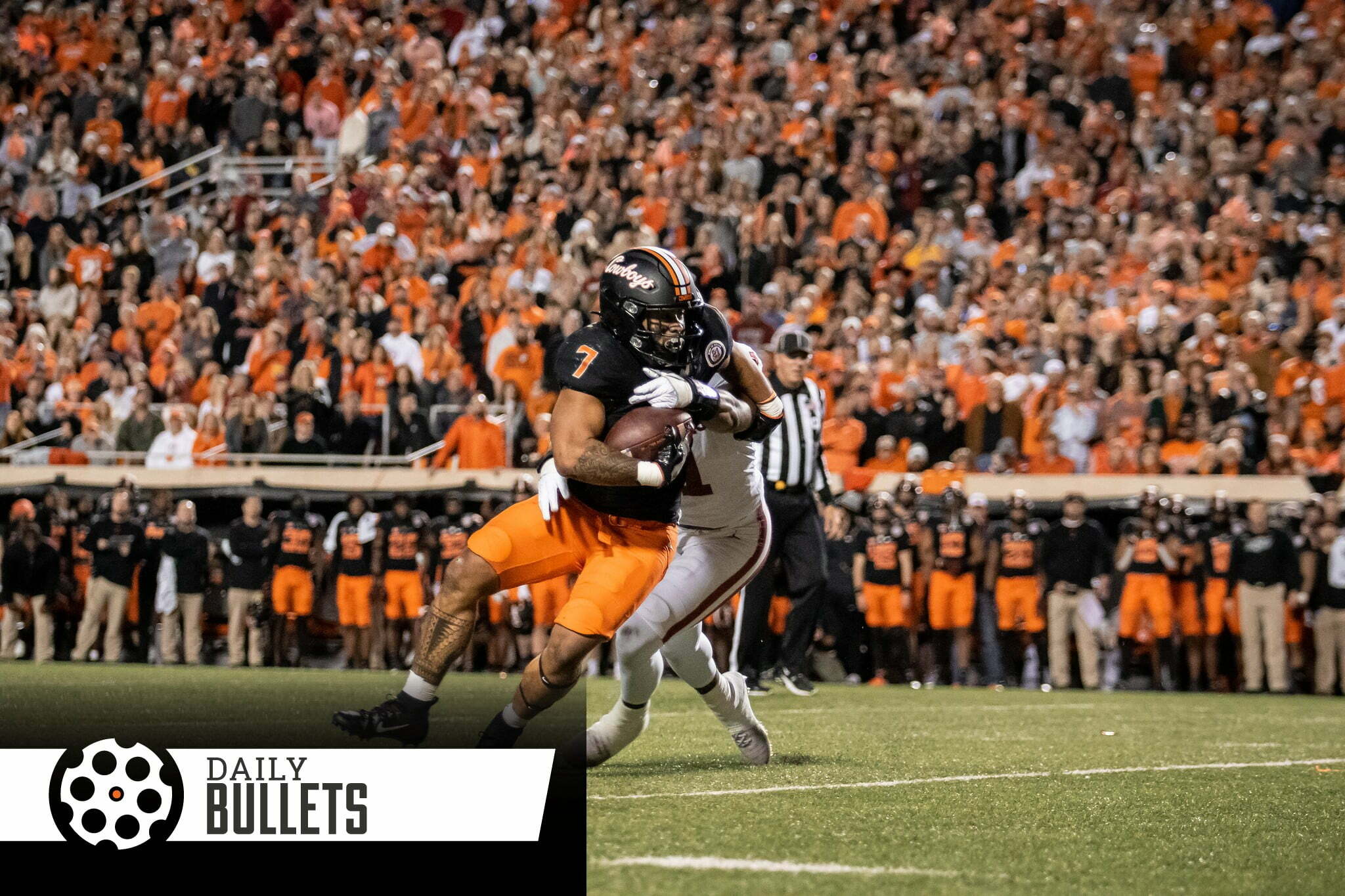 • This is fun – you can book Mike Gundy for videos on Cameo now. Maybe you can ask him to do more one-armed pushups

• HCS took a look at OSU’s best-case, worst-case, and most-likely scenarios for this football season

• Longtime coming on this one – Rashaun Woods being inducted into the OSU Hall of Honor next month:

• Been enjoying watching Yellowstone with Mrs. Bullets – NYT talks about why Liberals should watch this Conservative show
• Ways to find time to read the Bible (faith-based)

The Big Ten announced a massive TV deal yesterday – interesting nugget in there on an escalator clause for expansion:

The contract includes an escalator clause, meaning the deal could approach nearly $10 billion if the Big Ten’s membership increases, network sources said. Even after adding USC and UCLA, the Big Ten “is not done” expanding, sources told Action Network.