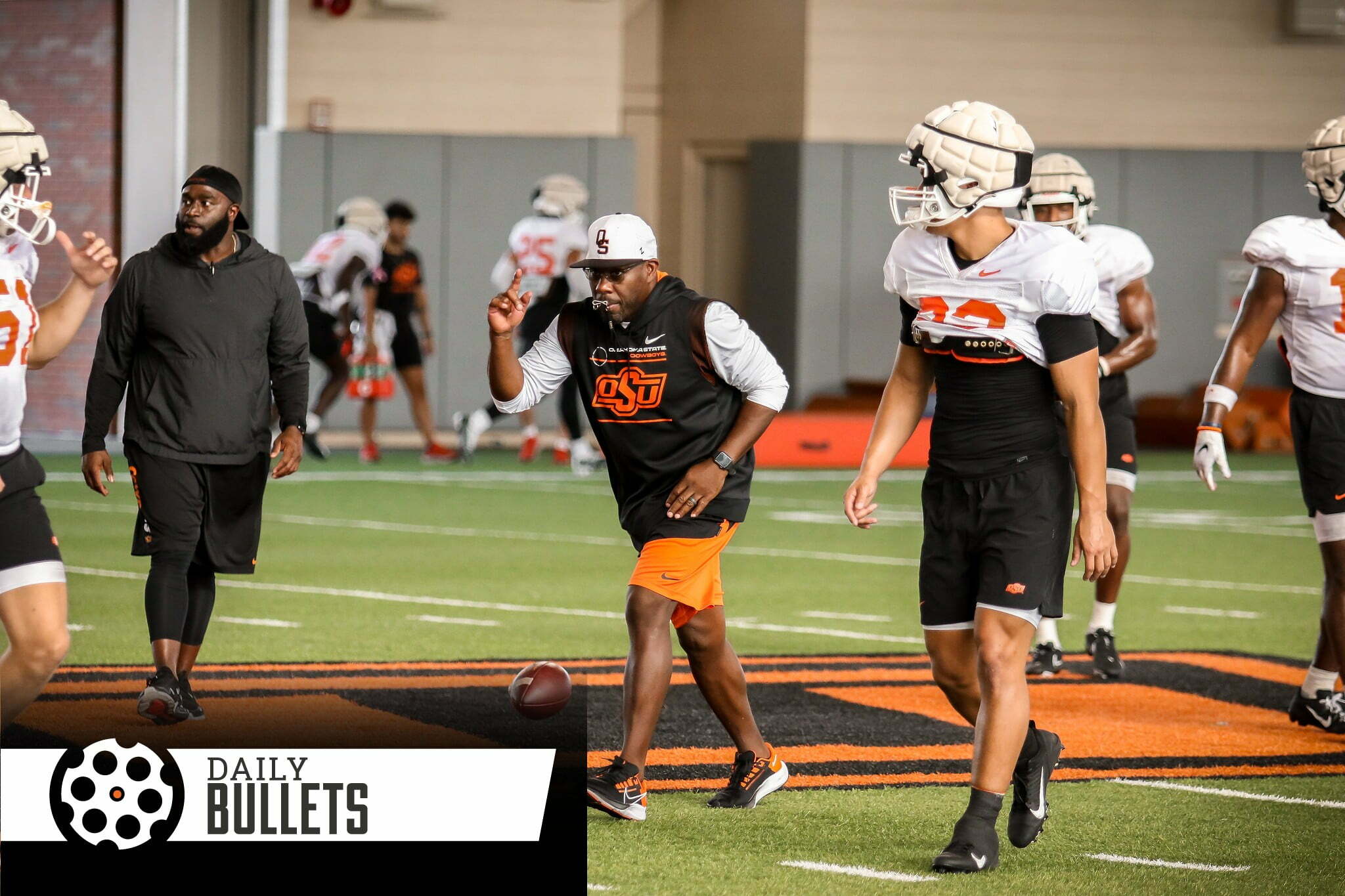 • It’s hard to quantify how solid Derek Mason is as a defensive coordinator:

“(Mason’s) intelligence is off the charts,” (Mike) Gundy said. “We’re going to do some things differently defensively, but our players don’t have to learn a new language. Derek is magnetic. That’s key in today’s game.”

• Big 12 commissioner Brett Yormark had some things to share about media rights and expansion in a recent interview:

“Obviously, a digital partner makes sense because the young consumer today, you need to reach differently. But being with an ESPN and a Fox and a broad-based distributor is going to be very much part of our future and hopefully in five years from now, post our next TV negotiation, we will be with the biggest and best distributors in the business. We hopefully at that point in time will also have experienced some further expansion, which I think is critically important for us.”

• An all-time great question – what would one more year of R.W. McQuarters have been like?

• No. 1 AJ Ferrari was charged with burglary but had it expunged

• No. 2 Mike Gundy gives an update from Fall Camp

• No. 4 Jamyron Keller commits to play for OSU