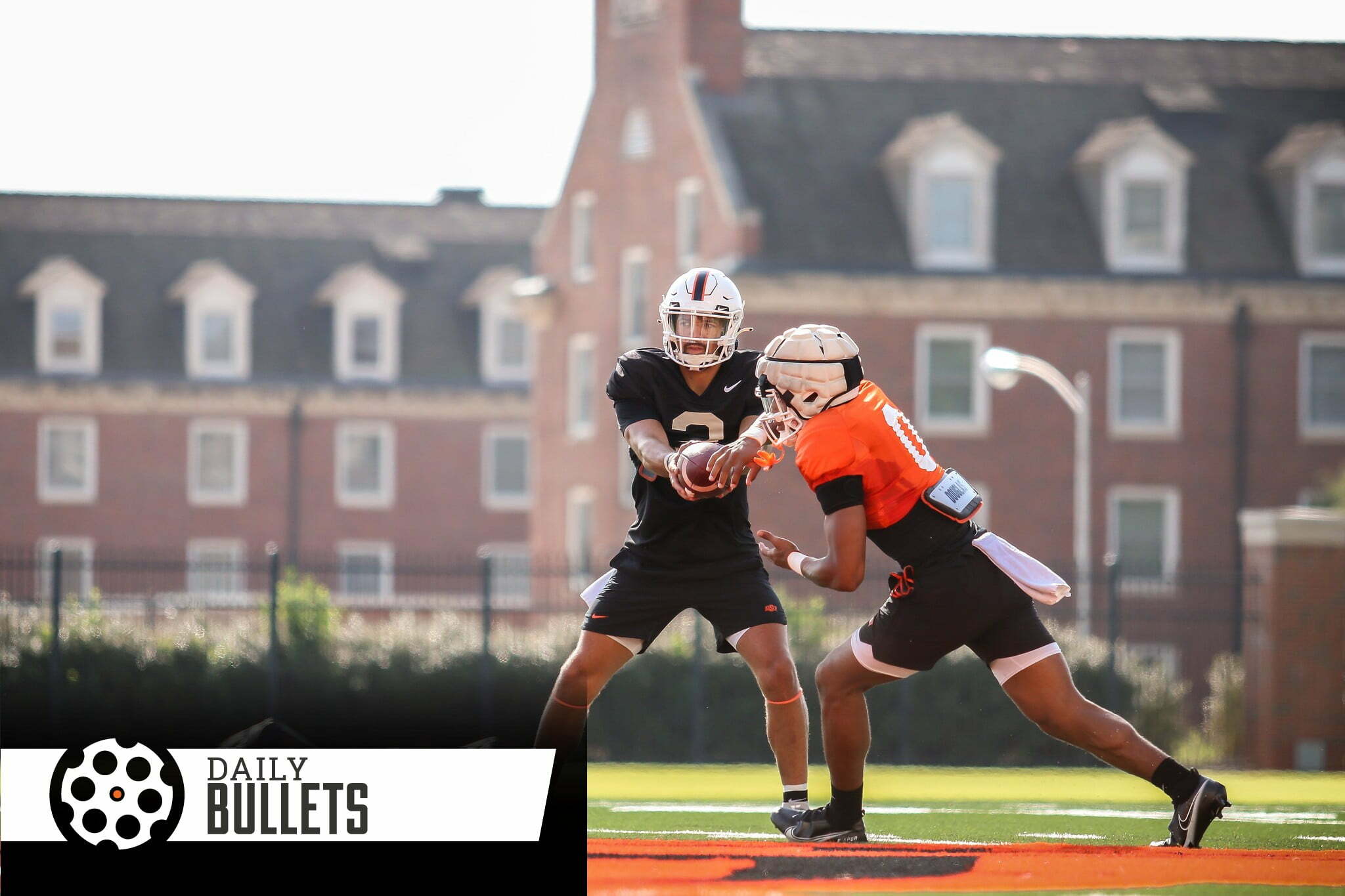 • Fun news about fan engagement – OSU has sold more season tickets than last year, quite the feat for a non-Bedlam season.

Oklahoma State has the ceiling of a Big 12 winner but it all hinges on Spencer Sanders. OSU has to replace leading rusher Jaylen Warren and leading receiver Tay Martin and that will put more of the onus on Sanders.

He was pretty good when teams dropped eight into coverage a season ago but defenses stopped doing that a lot as they realized he struggled against the blitz. Sanders has to get better against lots of pass rushers, otherwise the Oklahoma State offense isn’t going to excel.

…That ability to thrive under the rush and how well Caleb Etienne and Taylor Miterko hold down the left side will determine something.

• Good Steelers’ piece here with updates on Mason Rudolph competing for the QB role and Jaylen Warren fighting for the RB2 role:

Jaylen Warren has put up a good fight to supplant Benny Snell as Najee Harris’ primary backup, but he’ll need another good effort Sunday to hold that spot over Snell and Anthony McFarland.

• Assault and battery charges have been filed against Anthony Ferrari, an Oklahoma State wrestling commit and the younger brother of former Cowboy wrestler AJ Ferrari

• Love seeing OKC No. 29 in these power rankings, call me the tank commander for one more year
• Really liked this three video series by the Bible Project on wisdom (faith-based)