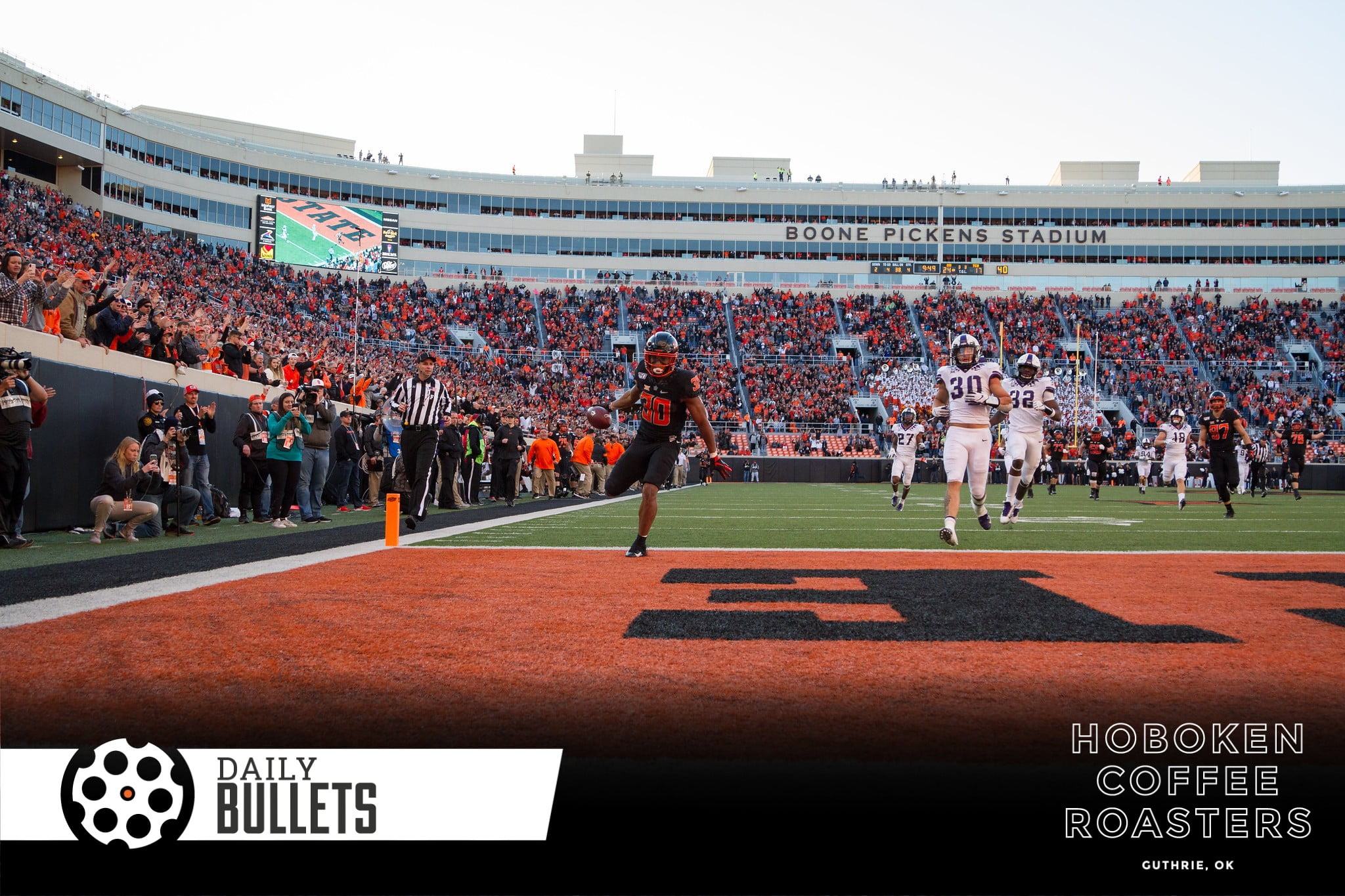 • A Baton Rogue zoo named a baby giraffe (or a “raffy” as their known in my house) Burreaux after Heisman quarterback and national champion Joe Burrow.

The equivalent in Stillwater – if Chuba Hubbard gets to New York, OSU could name the next Bullet “Chuba” #horsesonly

• LeBron James delivered scholarships to kids in Ohio by paying their tuition to Kent State – sort of a reverse “Scott’s tots”.

Mike Gundy’s most fitting parting gift to the university would be if he endowed football scholarships to ten reserved, football-obsessed three-star players.

• Shane Illingworth has the most polished arm coming into the Big 12 per this piece.

Not only will Illingworth lock down the backup role early, but he’ll also be capable of filling in adequately for Spencer Sanders by the middle of the season as well.

• Fran Fraschilla’s thoughts on why Eddie isn’t in the hall were interesting.

“If anyone votes against Eddie because he had an NCAA issue when he was at Kentucky, then more than a handful of coaches should be removed from the Hall of Fame,” Fraschilla told the Tulsa World.

“Even people close to the game don’t know how the Hall of Fame nominating and vetting process works. It’s a secret society. I’m an East Coast guy, and I feel strongly that through the years the Hall of Fame has been run mostly by people on the East Coast.” [PFB]

• It appears we have confirmation that it wasn’t Dez Bryant’s talent that kept him from being signed over the last few seasons.

His message to all who attempted to sign him the last two seasons is simple: this version is the one they want.

“All the teams who reached out these past two years — you didn’t want that Dez Bryant,” he confessed. “I couldn’t disrespect myself or the game like that. I’m not there yet, but my vibe, energy and love [are] back. Believe that.” [CBS Sports]

• If you were on a deserted island and could only look at three OSU uniforms, how many people don’t include this black and orange beauty?

• No. 1: Mike Boynton explains Baylor Ejection
• No. 2: Five thoughts on the loss to Baylor
• No. 3: Reassessing the 2016 recruiting class
• No. 4: Eight Questions ahead of spring ball
• No. 5: Mizzou grad transfer officially headed to Stillwater

• What’s the deal with airplane food?
• Emotional intelligence and how it affects others
• What’s it for?