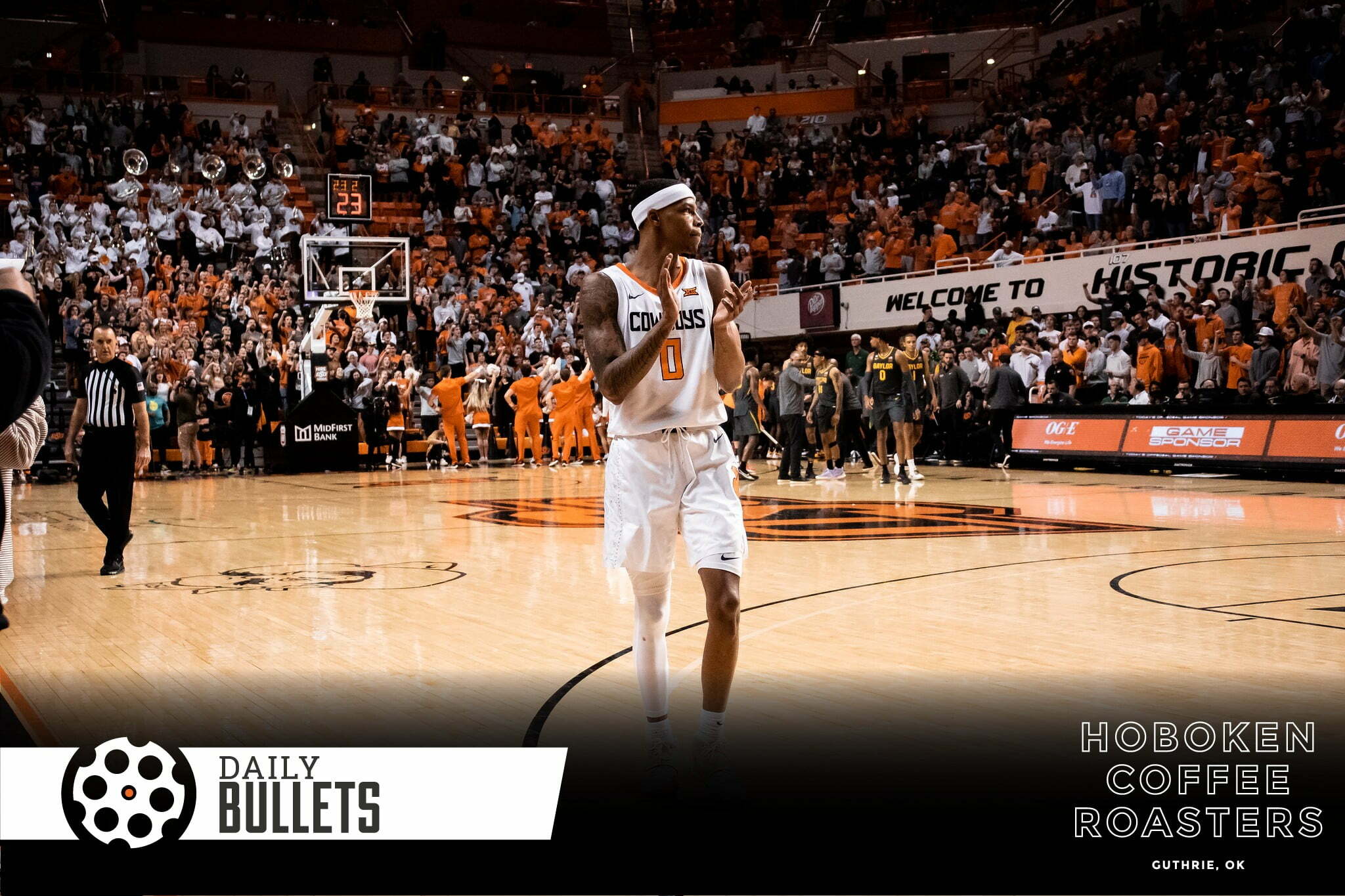 • With OSU out of the postseason… how important is it to keep the Sooners out? Great read leading into Saturday’s Bedlam game

• Come read about OSU’s fifth-year senior who’s lighting it up after transferring from Northern Kentucky – I checked, this isn’t a place that Travis Ford was previously

• Missed earlier in the week, this incoming freshman choosing the number he did was pretty awesome:

Other newcomers with notable number assignments include Edmond Santa Fe wide receiver Talyn Shettron, who will sport the No. 2 last worn on offense by former All-Big 12 pass catcher Tylan Wallace.

It’s always be intriguing to keep an eye on Rylan McQuarters, son of R.W. McQuarters. Fun that he’ll be on the roster this fall.

• Good look at the Cowgirl softball team here – No. 2 on this power ranking so far in the season