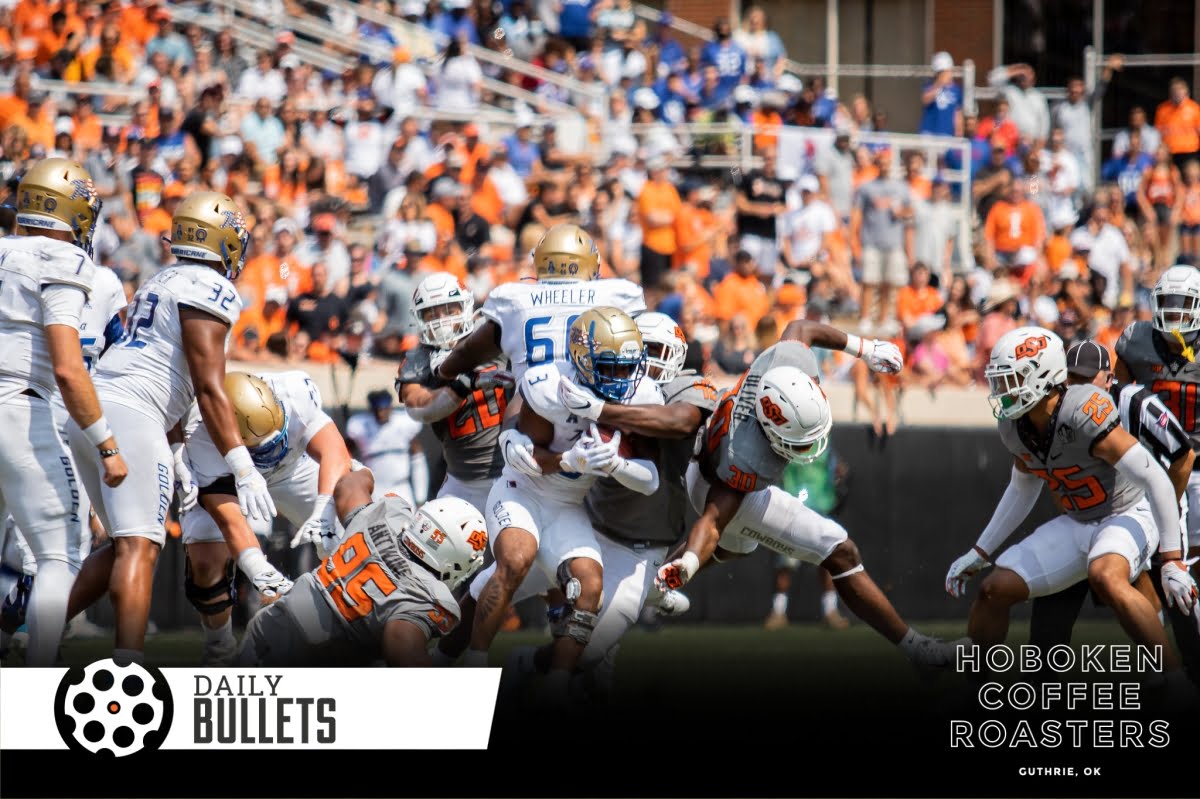 Men’s Golf: Pokes are T2 after day one at the Amer Ari Invitational

• Would you rather pull for an Auburn or an Oklahoma State?

• The loss in Manhattan on Wednesday was tough but this was an encouraging sign:

Mike Boynton was quick to point out that the Cowboys had a single second-half assist against the Gators this past weekend, but against the Wildcats, OSU had eight assists in the first half and eight in the second. The issue OSU ran into Wednesday night is an age-old one: It’s tough to win on the road in the Big 12.

• Congrats to the former Cowboy on getting a promotion – he’ll have fun blocking for Dezmon Jackson this year who’s surely to dominate at the FCS level.

“Here’s the thing about your heroes: You have to know about them to look up to them. The candidate pool is 100% limited by your exposure. That’s why so many kids look up to athletes, I think. They haven’t been exposed to enough other people to look up to them.

Here’s how I think about that: Who haven’t I been exposed to that would inspire me if I knew they existed or knew the details of their lives? And how could I learn about those people?”