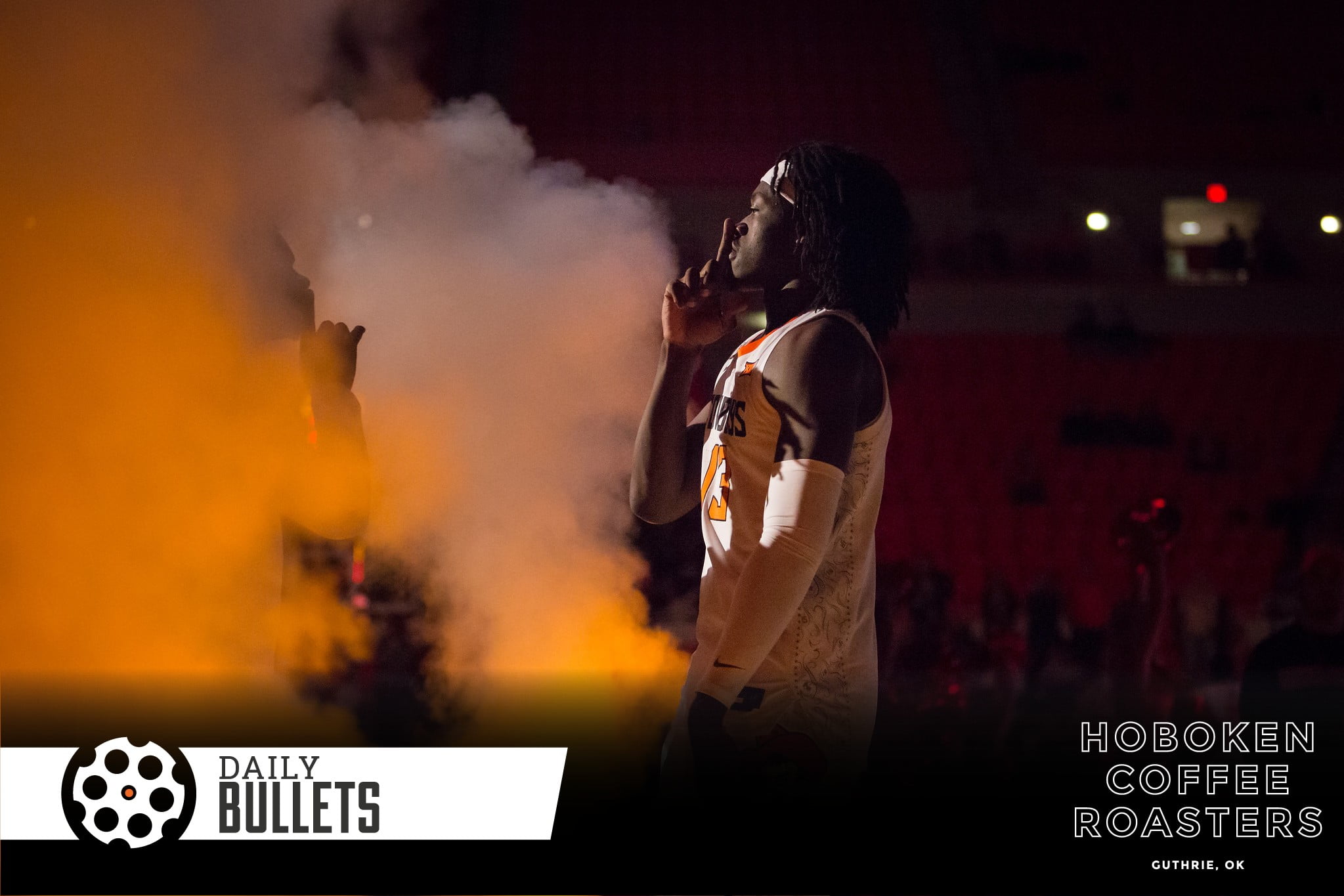 • All-conference level safety Kolby Harvell-Peel is headed to the pros, LSU-transfer Dee Anderson is headed elsewhere for his last season

• It should be tough for a team to beat the Pokes when they have shooting numbers like this (from K-State game), lack of rebounding be darned:

But Isaac Likekele made six of nine, Kalib Boone seven of 11, Rondel Walker four of seven and Avery Anderson III five of 10.

Even better, OSU made six of 14 3-point shots. If the Cowboys score from deep, they are difficult to beat.

• This CBS Sports piece says Mason Rudolph is “Plan A” to replace Big Ben – Reading this PFF piece on quarterbacks in Pittsburgh – Mason Rudolph not mentioned as a potential successor for Big Ben, things not looking good for Rudolph with the Steelers

• Outside of Vincent Taylor, the Pokes didn’t have a great time in the Wildcard Round of the NFL playoffs

• The Cowboys welcome in the KU Jayhawks tonight

• Congrats to Cowgirl Natasha Mack who is having herself a season:

• How to make friends as an adult
• The rule of three

Just how this family valued these kiddos with Down syndrome rocked me: