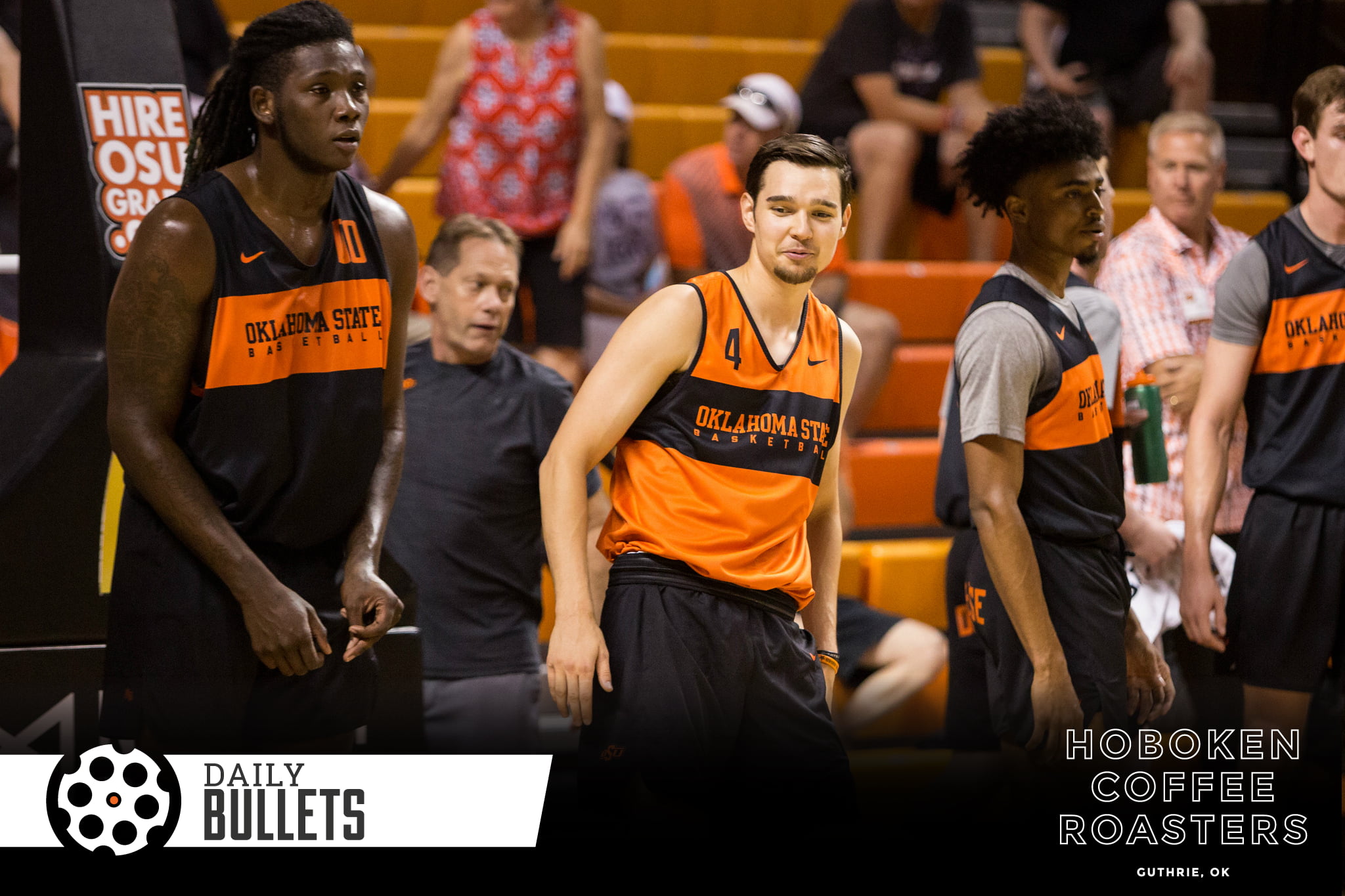 This feels like one of the longer and more memorable weeks with all of the coming and going’s this week in OSU sports – enjoy reliving this week’s most viewed articles.

• Most Viewed Article of the Week (No. 1): Deondrick Glass to Stillwater – Two things made this a big deal: First, OSU doesn’t land but a few touted players a year. These (generally skill) players are higlighted and made much of in the Cowboy offense. Next, the Cowboys are adequate if not proficient at beating teams like the SMUs and potentially Texas Techs of the world for players – not the Texas’ and the Miamis’.

• Most Viewed (No. 2): Michael Weathers, Kentrevious Jones, Maurice Calloo No Longer with OSU Team – the best quote around this time was “the Lord giveth and the Lord taketh away”. The action provoked a thoughtful and measured critique – affirming Coach Boynton for maintaining order but asking for more diligence on what players are being let in the door. Widely held as a star-less team, losing one of your highest usage players is sub-optimal.

• Most Viewed (No. 3): Decision Time – Predicting Where Deondrick Glass Commits – Seeing this many eyeballs on a piece tells you something – OSU’s a football school now and giving Chuba Hubbard a four-star running mate could only help the Pokes for years to come. Something Carson Cunningham said in the latest pod was that players with big aspirations (Heisman or bust) are what OSU needs – you can tell these guys are program-shapers.

• Most Viewed (No. 4): Report on Why the Basketball Players Were Dismissed – In this week’s episode of college guys taking it a few steps too far was a disheartening report from Stillwater. For guys like Weathers and Kentrevious Jones who were on thin ice, it was the final straw and we’re left to wonder if Calloo was caught up in the wrong crowd.

• Most Viewed (No. 5): OSU lands Colorado Transfer and Former OSU Commit – Adding a starter-level player to a scorched depth chart was merciful news this week. We’re left to wonder what an Antwine-Darrion Daniels duo could have accomplished but Joe Bob scored a big win here. Side note: can you imagine two college towns more different than Boulder and Stillwater?

• Where will the minutes that Weathers and Co. played wind up?

Weathers, Calloo and Jones accounted for 16.8 percent of OSU’s minutes in Big 12 play — or 33.6 minutes per game among them.

Those minutes will need to be redistributed. Cameron McGriff (35.8), Thomas Dziagwa (33) and Lindy Waters (33) already have been playing the bulk of the game when they aren’t in foul trouble. They can only take on so much more.

• Looking at the most underrated players in the NBA and Marcus Smart made the list. There hasn’t been a more apt description of Smart as an NBA player and the fan experience of cheering for him.

When I got a puppy two years ago, I alternated between believing that I had adopted the worst dog ever and the best dog ever. One day she’d puke all over my couch, and the next day she’d learn how to high-five on command. That’s what it’s like to watch Smart play basketball. In a single possession, he’ll chuck up a wide-open air ball in transition, only to get the ball back and drill a contested 3.

Smart is either the sixth- or seventh-most talented player on the Celtics and yet he has the second-highest real plus-minus on the team, in part because he plays with a short-term memory. That mindset may drive Celtics fans crazy, but Smart always seems to find a way to atone for his transgressions. [TheRinger]

• This retort to a recent Gillette (shaving company) ad on masculinity brought a great idea for advertising toward men.

Masculinity is a thorny topic nowadays. But if Gillette is planning to brave these turbulent waters, they need a more substantial message. Instead of insulting men with a litany of brutish stereotypes, show us examples of men who contribute something good to society. Show us hardworking men who come through for their families even in difficult times. Remind us of the many honorable men who have thrown themselves into mortal danger to protect innocent lives. [TAC]

I say it’s a great idea – if as a company you want to charge headlong into our cultural perception of masculinity, you’d do better to call out the best by example than insulting poorly behaving men.

• Just finished a book that a buddy into the Civil War recommended. Looking at the Civil War from the eyes of a (southern) solider is unique – the devastation and camaraderie of war comes through clearly.

This is a really cool way for an athlete to relate to his city.

Alvin Kamara working as a Trash Man today in New Orleans. Each Tuesday of the season, Alvin works a blue-collar trade job.