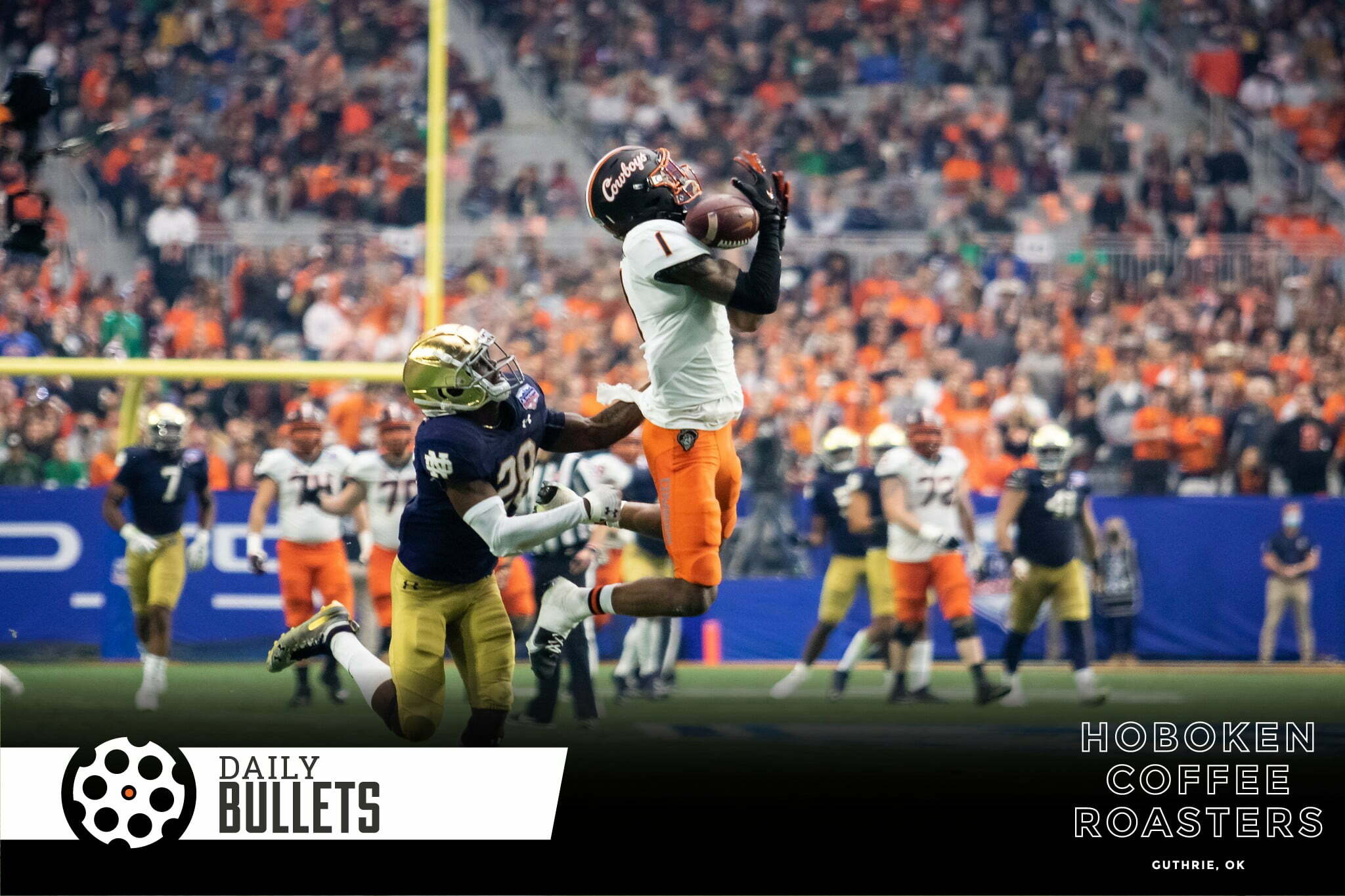 Fun stuff – the Pokes get KU at GIA tonight at 8pm, Bryce Thompson takes on his old squad.

• Mike Gundy discussed his next steps in hiring a defensive coordinator

“…If we don’t promote with inside, and honestly right now I don’t know, I don’t know, then I’m sure I’ll interview at least six or eight guys just because it’s defense and that’s not my gig….”

• OU QB Caleb Williams hit the transfer portal yesterday – OU had a strange response to it. You couldn’t see my face but I was smiling while typing this bullet.

• Bryce has life figured out.

• Love this older piece – make habits, not resolutions (faith-based)
• Sign me up for the Josh Giddey fan club
• Trying to convince my wife “dad bods” are cool since that’s what singles are apparently into now