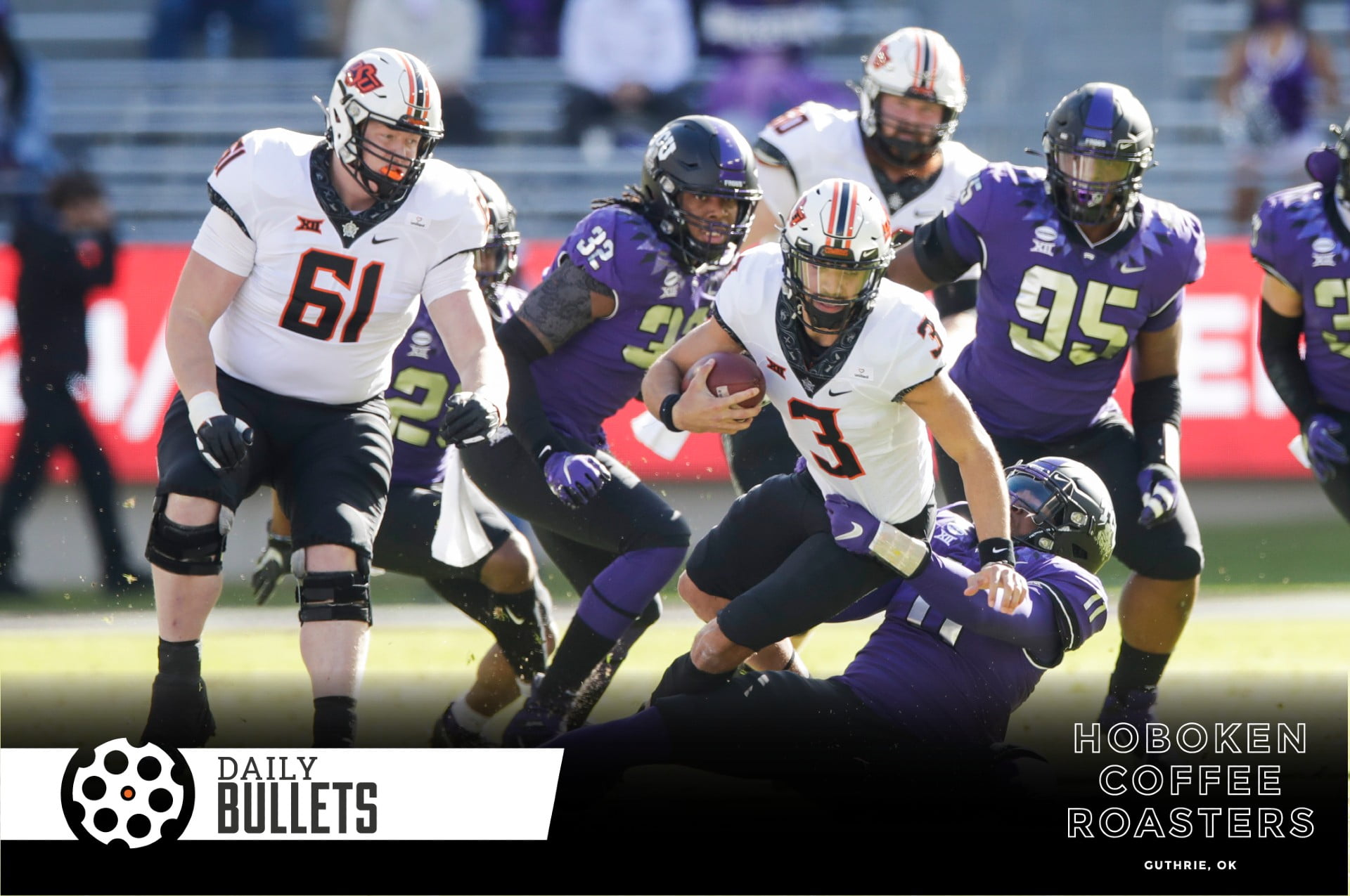 • Jim Knowles is the Mason Rudolph of third-downs – automatic.

Losing Knowles who headed the nation’s No. 1 defense in third-down percentage this season would have been a major loss for the Cowboys. It appears that Knowles will stay put in Stillwater.

• I’m not buying Spencer Sanders’ stock right now (maybe holding onto it) but this is a great point about his struggles:

Another factor that will probably be significant is that Sanders should enter 2021 with the same offensive coordinator and quarterback coach. It would be the first time in his college career he had the same coaches over him for consecutive seasons.

• Props to Tylan Wallace for another All-American honor:

• Interesting league move for the Big 12 in baseball being considered – long weekends only.

• Pokes keeping a Stillwater receiver (with a terrific first name) at home to walk-on.

• Alex Trebek’s last message was a tough one
• 2030 (for perspective)
• Love according to E.B. White (children’s author – some faith-based)

“There are nearly endless opportunities to improve each day and finding them largely boils down to being curious.

People who are better in the end are usually curious in the beginning.”