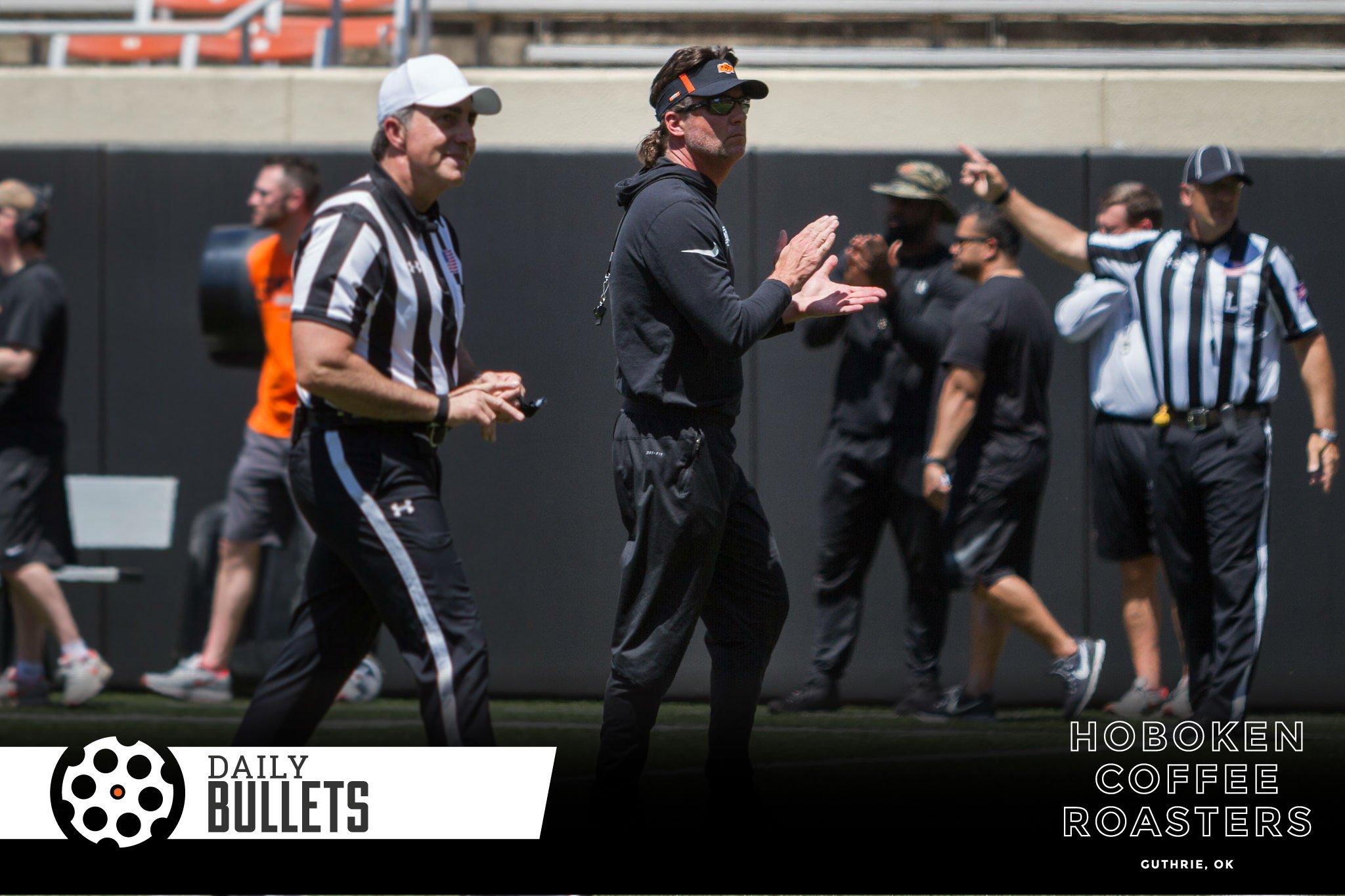 • Most Viewed of the Week (No. 1): Gundy’s Recruiting Policy Vindicated?

Mike Gundy took some flack for pulling an offer of a committed recruit but I’m all for it. What does it communicate to a player when you say one thing and do another? Namely that your word isn’t’ worth a whole lot. I like the principles in play here and think it’s the right move for Gundy. I think when a kid learns of the policy could bear some weight – is it after he commits that he hears of this?

Now – here’s a question: if Spencer Sanders had taken another official visit, do you think the same policy is in place? Boone refers to a situation with an OU recruit where they flirted around and ended up leaving the fold. I would guess there’s a quality (rank/stars) of a recruit that may be exempt from the policy.

More often than not, these takes were centered on optimism about unknowns – I need Boone to rub off on writers who cover all things I read. Quarterback play, new coaches (both coming in and developing continuity after a year), new coaches in the Big 12 and somewhat of a new offense are all unknowns that would all ideally break in OSU’s favor.

But if you’re looking for true optimism, soak in point number ten. Gundy coming off a 7-6 season with no bullseye on his back is a fun place to be historically speaking.

• Most Viewed of the Week (No. 3): When the Offense Stalled Against Stanford in the Fiesta Bowl

This was truly a stage-setting piece by Marshall, queueing up the magic that was Blackmon’s second quarter (see below) and the Stanford kicker’s worst nightmare. But how the offense struggled to get going for a quarter and a half was mindboggling. It wasn’t Andrew Luck keeping them off the field, it was strong defensive play. And it wouldn’t last.

A brief sidebar here – how missing those two Fiesta Bowl kicks affected the Jordan Williamson (the Stanford kicker) as an opportunity to learn and grow was fantastic.

• Most Viewed of the Week (No. 4): When Blackmon Took Over the Fiesta Bowl

My goodness… I had forgotten how much Justin Blackmon was a man among boys. When he shucks off the defender on the second touchdown and hit the burners, you just get a sense of how something about Blackmon’s work ethic and natural talent was head and shoulders above the level of play.

The incredibly unique thing about Wolff here isn’t just that he’s the third golfer to ever win the NCAA title and a PGA Tour event in the same year, it’s that he’s facing sky-high expectations (mega endorsement deals) and meeting them out of the gate. For a 20-year-old to come out and nail that eagle putt to take back the lead and clinch the win was Blackmon-grown man stuff.

• Godin’s blog on lining up with the competition threw me

• Lowe looks at the impact of the Westbrook trade on OKC