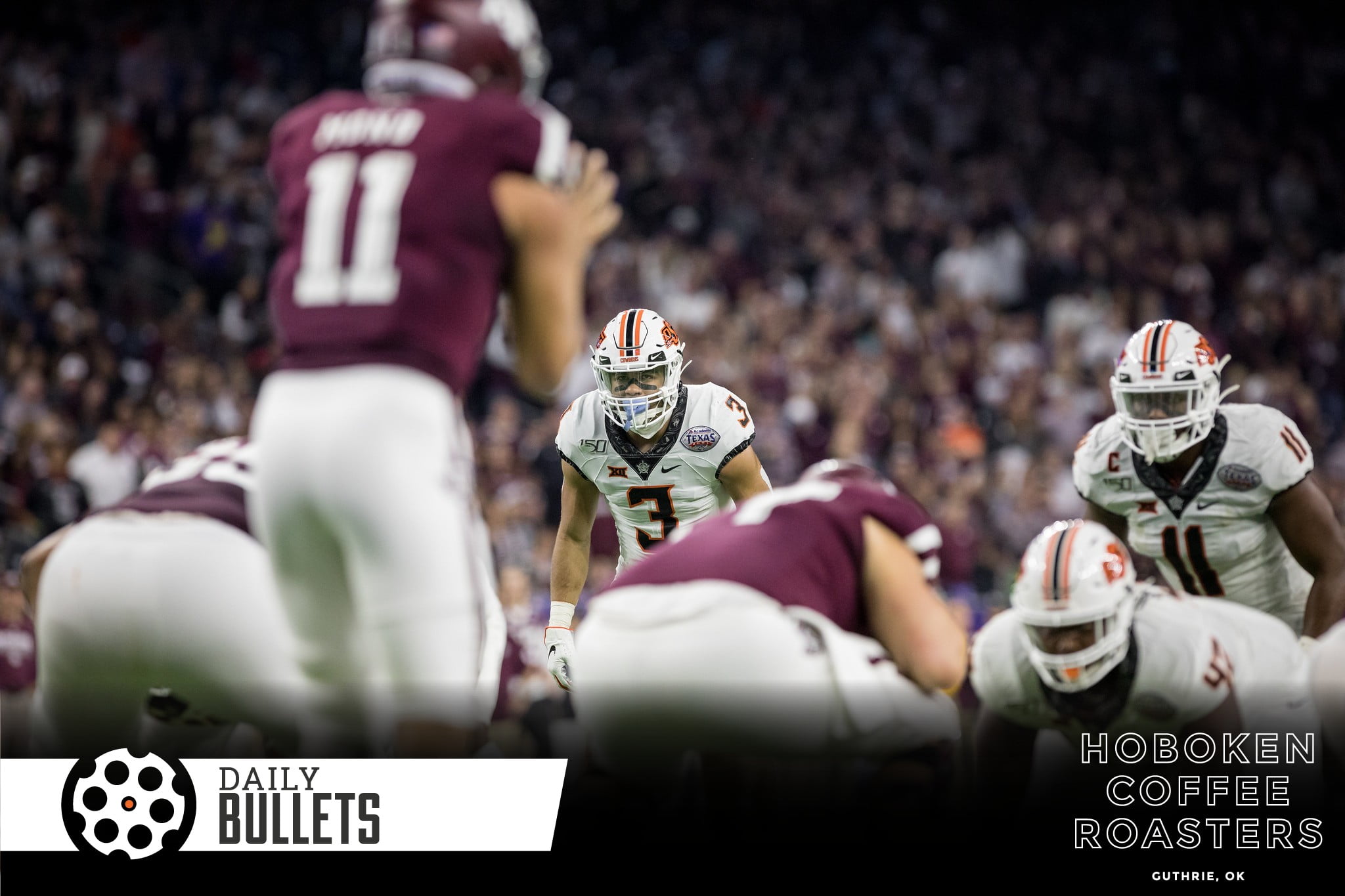 • We’ve been looking at the hole in OSU’s schedule to start the season after Oregon State (the Pac-12) dropped their non-conference schedule… but what about that bye week on September 26?

Besides Miami, the only SEC or ACC teams not scheduled on September 26 are Boston College and North Carolina State.

BC was scheduled to host Purdue that day, but the game was canceled by the Big Ten’s decision.

The Wolfpack’s game against Delaware, scheduled for that day, was canceled when the Colonial Athletic Conference suspended autumn athletics. But N.C. State in Stillwater doesn’t make as much sense, since the ‘Pack would be replacing a home game against a Division I-AA opponent with a road game against a Big 12 stalwart. [NewsOK]

Miami, who’s got a hole on the 26th after a date with Michigan State in East Lansing was canceled, really makes the most sense.

• This was really fun – all of the OSU Cowboy football players in the pros and looking at their rating on the newest version of Madden – No. 1 Cowboy was an 86-rated Chris Carson.

Potential for the greatest increase? How about the 72-rated Blake Jarwin.

• How much is Cade Cunningham supposed to impact the Cowboys? Let this national college basketball writer set the scene for you.

He’s heady enough to take an NIT-level team and upgrade it to a single-digit seed in the Big Dance. [CBS Sports]

• If you’re looking for good news – OSU has a great chance of finishing at least in fourth this year if history repeats itself.

Oklahoma State, interestingly, is one of the few teams that has been within two spots of its projected finish every year since the Big 12 got rid of divisions in 2011. It has never finished more than two spots better or worse than where it was picked. Kansas and Texas are the only other teams that have accomplished this. [PFB]

• It’s hard to understand how much high-end talent this football team has at the skill positions:

There's only 1⃣ @Big12Conference school with two players on the watch list to be the college football player of the year.

• Woul\d you rather have: non-confernce play with a fill-in for Oregon State? Or play ten games (nine league games plus one for non-league play) and pick a non-conference game at any other point in the open schedule?

• No. 1: Chuba took a step back from Twitter after receiving the wrong “reactions”

• No. 2: An earlier version of the article that was most viewed

• No. 3: Which program wins the most per current expenses?

• No. 4: the Bullets from last Sunday

• The Netscape founder had some stronger words for America on how we need to “build” more, I think he’s right
• Kind of interesting to think about all of the different things COVID-19 could change
• Some Thunder presence on this All-NBA ballot from ESPN’s best bball writer