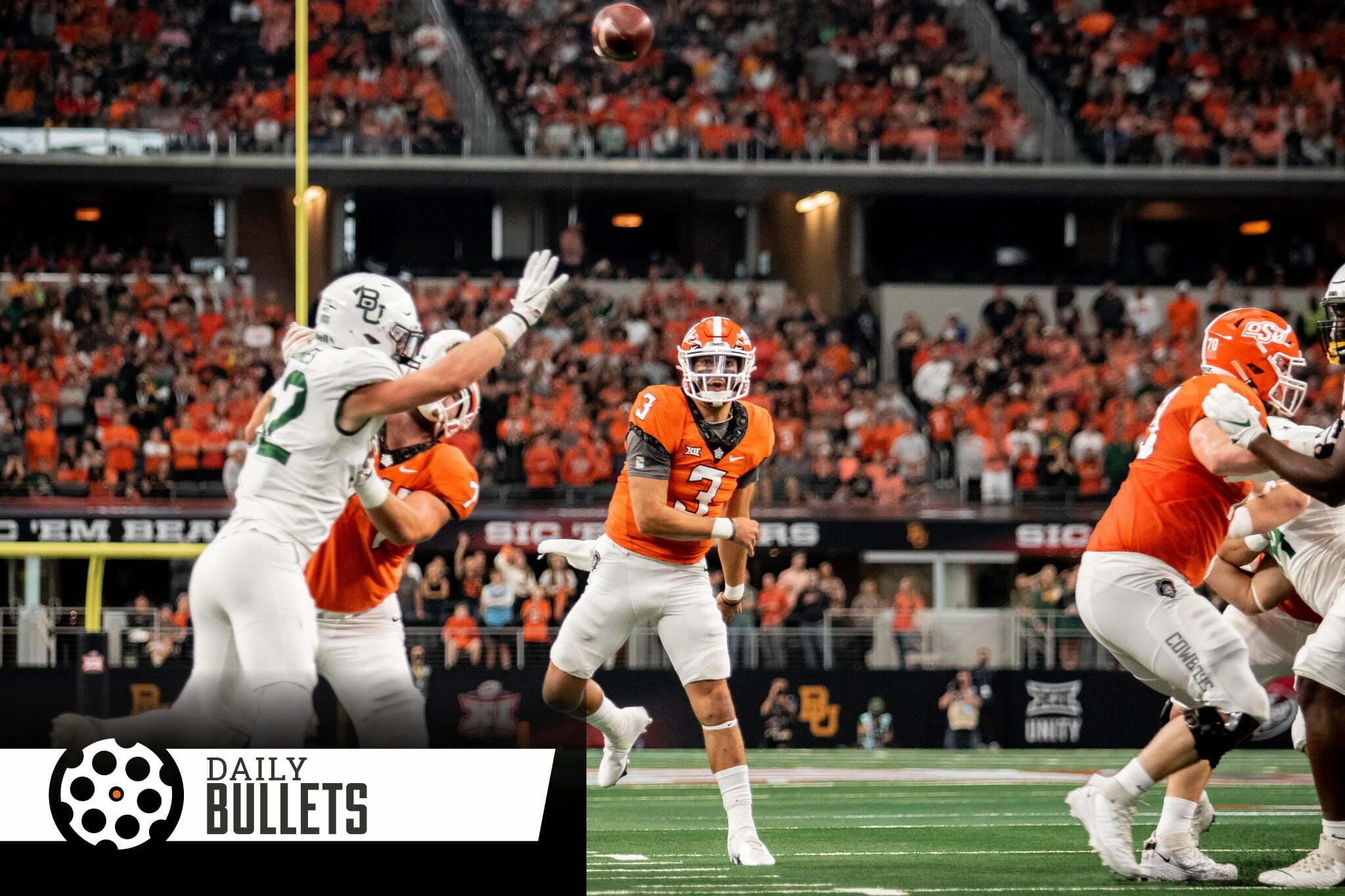 • Peach Jam Updates (a high-profile basketball recruit showcase):
– How OSU targets performed
– The Pokes offered a forward from Texas after a great showing

• Berry Tramel on why Spencer Sanders will be OSU’s best player in 2022 is sort of a hot take:

I know, he’s an enigma. Still a little inconsistent. Great game, followed by a poor game. But in 2021, Sanders was the all-Big 12 quarterback as chosen by conference coaches.

He’s a run-pass threat who had a game for the ages against Notre Dame in the Fiesta Bowl. Sanders’ 2021 season was marred only by two bad games against Baylor. But Baylor’s defense made everyone look bad last season. I think Sanders was a difference-maker last season and will be again this season.

Jenni Carlson gave Collin Oliver the tag for best player in 2022 – hard to argue with that take.

• Kind of fun to see the Big 12 baseball stadiums ranked

• As talk about TV numbers circulate around the realignment conversation, here’s a reminder of how many people watched a non-OU/TX involved Big 12 title game: