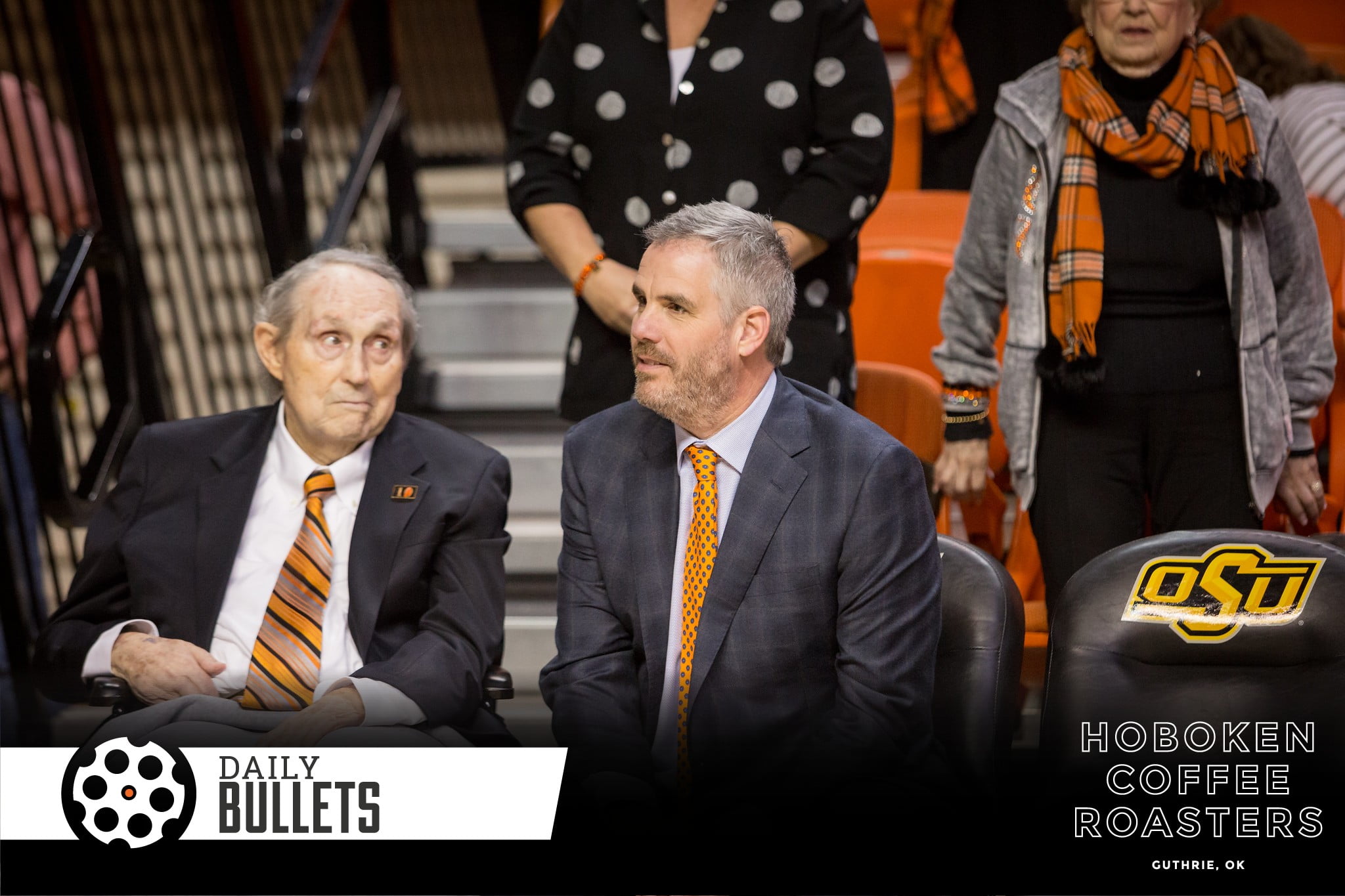 • The “Eddie” doc that aired on ESPN last night is drawing rave reviews and this seems to be the crucial turning point of the film.

After a 20-minute review of Sutton’s Kentucky nightmare, which ended because of a recruiting scandal and NCAA investigation, former Razorback star Darrell Walker closed the segment with a smile and a change of direction in the storytelling.

“Thank God for Henry Iba,” Walker said in reference to the legendary former OSU coach who in 1990 was instrumental in attracting Sutton back to Stillwater – back to his alma mater – to coach the Cowboys. [TulsaWorld]

I’ll be partaking tonight – if you missed it, you can watch it on ESPN plus (if you have access).

• I could read these football conference realignment pieces all day – and this one by SI was super fun. I don’t know how you tier payouts to the big dogs in each division/conference but it doesn’t work if Tulsa gets the same as OSU/OU

(Bernard Kouma is) (r)espected most for his rim-running abilities, physicality around the basket and presence on the glass, Kouma is not entirely refined but he does compete. The loss of Anei leaves a few minutes left for Kouma to contribute in the energy-giving department. He appeared in 29 games this past winter for SPC where he made over 57-percent of his field goal tries. [Rivals]

• One down – one to go: “Finding Big Country” is tomorrow at 7pm. I’d love to have a poster of Big Country skying over Tim Duncan!

• The correct answer? The only guy to win two Biletnikoffs.

• Boone’s NBA mock drafts have been a lot of fun to read
• Discouraging trend: firing the innocent for a company to look sensitive – the term would be “overcorrection”
• Fast food restaurants per 10,000 people doesn’t look great on OK