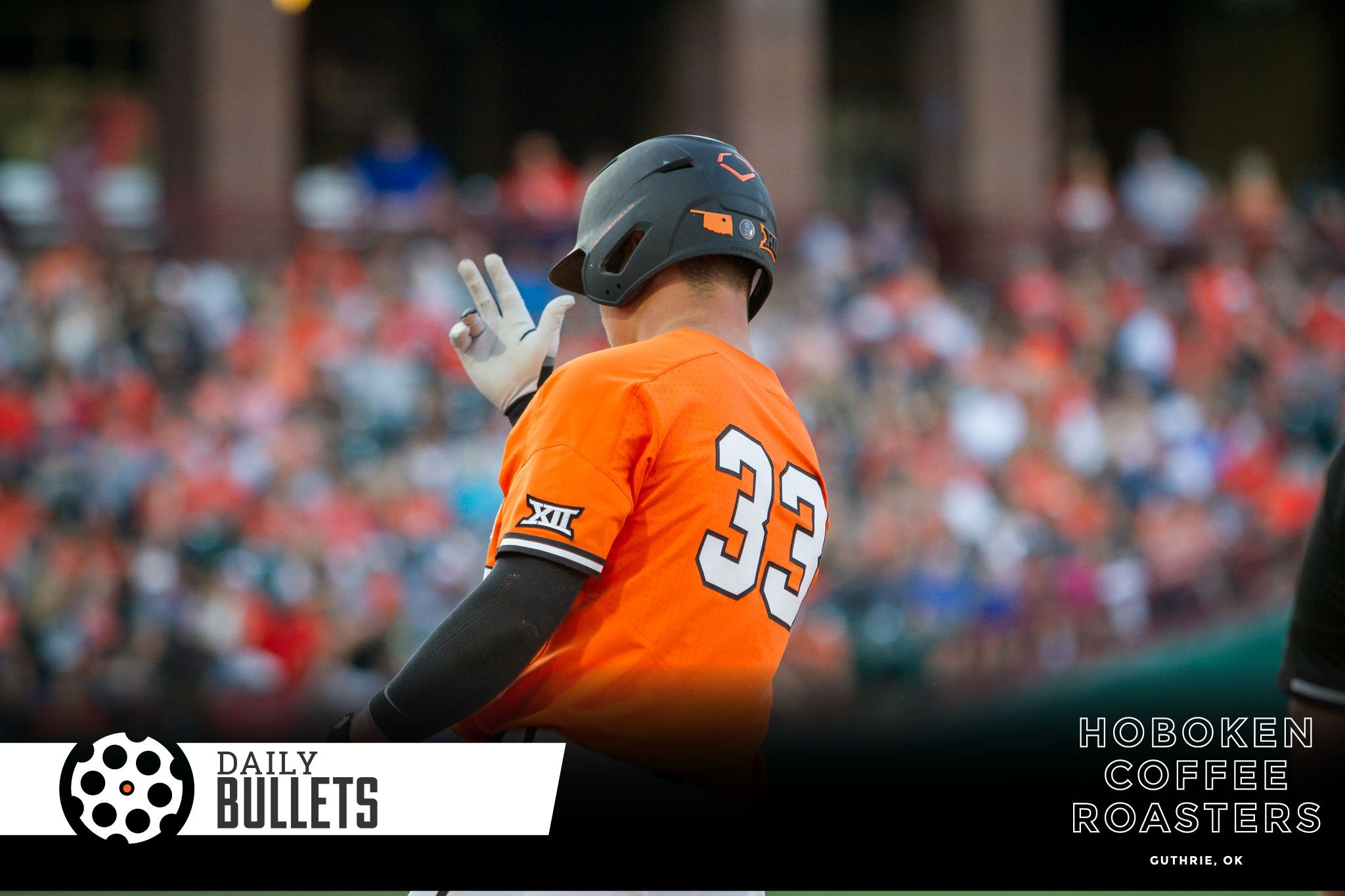 “There are only two ways to influence human behavior: you can manipulate it or you can inspire it.” – Simon Sinek

Love the quote – no clue what it does for me with my infant twins today.

• Most Viewed (No. 1): Gajewski Brought it after CWS Exit

Here’s an immediate application to my quote from the top – there’s no world where Kenny Gajewski leads and motivates from any place other than inspiration. Both Gajewski and Boynton fit a place like OSU – where winning is important but building a team that fits the culture is just as important.

It’s hard to add anything to this iconic moment but there are two aesthetics I just loved about this:

how confident/arrogant Nebraska was until this point and the one continuous motion of the flip.

Nebraska’s ace sliced through OSU’s lineup time after time but he had to come out eventually and OSU was ready to take advantage of it. Then watching as Boone didn’t have to recoil and collect himself into his flip was a fun way of matching that energy.

• Most Viewed (No. 3): Five Reasons Why Landing Cade Bennett was a Big Deal

The most important angle of this is that keeping Eli Russ (so far) and landing Cade Bennett moves Charlie Dickey one good step closer to replicating Josh Henson and away from Greg Adkins. Both showed plenty of capacity to be a good position coach but there’s a major break at the capacity to restock the depth chart.

• Most Viewed (No. 4): OSU’s Chances with Five Star are Real

The story here is that a top-ten player in Cade Cunningham is being discussed as an OSU-lean while everybody in college basketball wants him. Boynton was mentioned with Gajewski earlier with his relational nature and depth as a person – this capacity to eye exceptional talent from very early in the process and holding on for dear life is another part of Boynton’s game as a coach.

Boone mentioned in the latest podcast that Thompson saw his stock soar from top-100 to top-20, rising something like 70 spots in the top-100. For those following the Oklahoma hoops scene, Thompson has been heralded as royalty for years but his complete offensive game has shown why he’s a McDonalds-level player.

• This first paragraph on the 5% idea in the NBA is fascinating
• Nine things you should know about D-Day
• Enjoyed these couple of solid faith-based reads: the unexpected secret of joy and the extraordinary opportunities in ordinary work