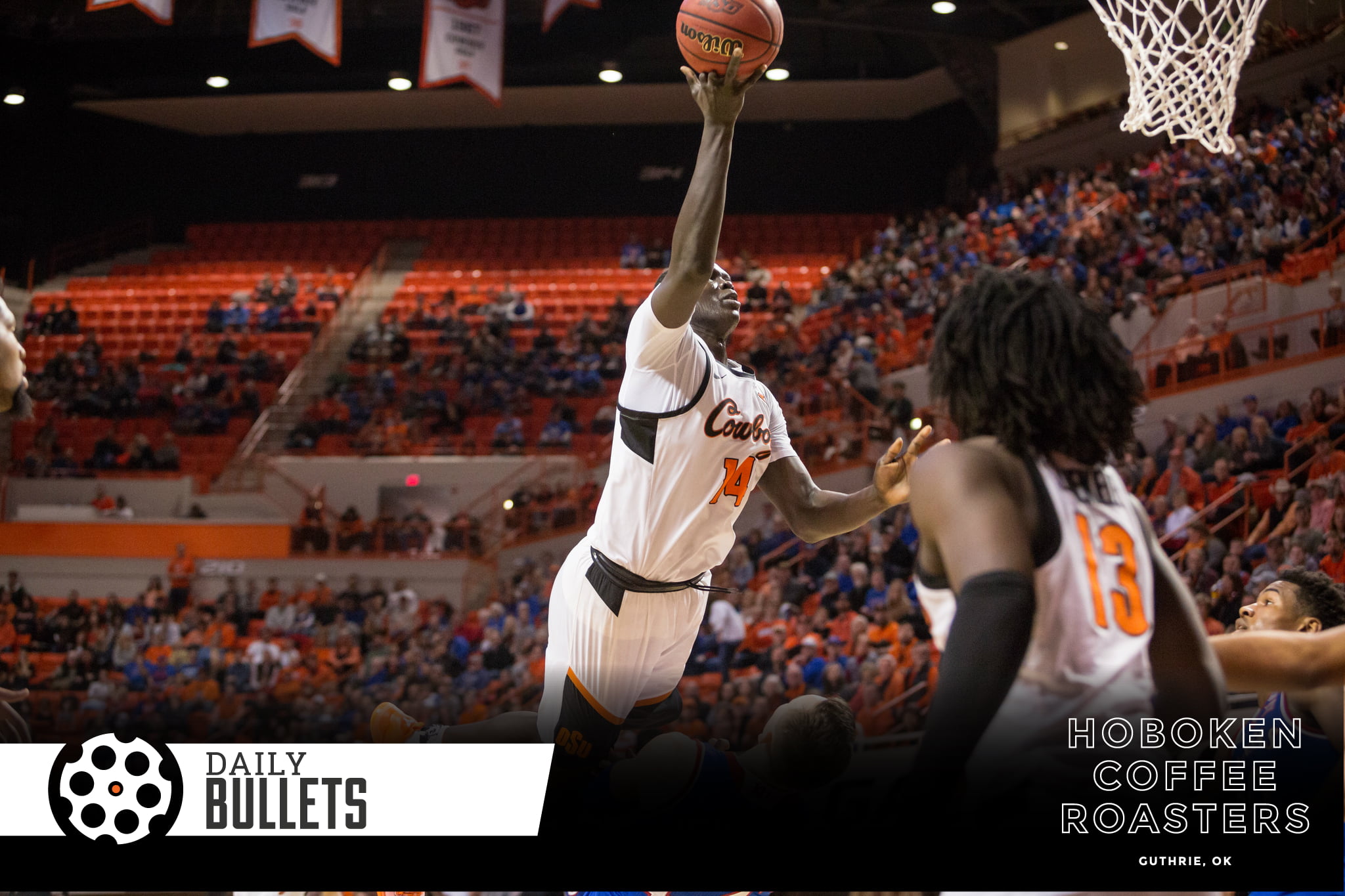 (Spring) football is back next week, looking forward to reports out of Stillwater of emerging players.

• One of the craziest things about Wednesday night’s win in Waco was OSU’s shooting numbers.

I’m starting to think that more often than not, the unlikely party will win a men’s basketball or football game between OSU and Baylor.

• Given what didn’t happen (OSU hit threes) on Wednesday night, what was the quality, the characteristic that pulled the Pokes through?

They keep fighting. That epitomized Likekele and Anei on Wednesday (and always). Two dudes who don’t know any better than to let it ride for the entire season, even a terrible one like this one. It came at the right time, too, because no matter what happens over the next week, this team (and us as fans) will be able to take that performance into the offseason and have something to dream on for 2019-20. [PFB]

You put a serious blue-chip talent around guys that play like that and you’re in business.

• The Pokes are playing for pride (and avoiding a program lowlight) when they tip off against West Virginia tomorrow.

It’s straightforward: The winner of Saturday’s 3 p.m. game gets the ninth seed and plays TCU on Wednesday. The loser finishes 10th and plays OU.

OSU has never finished last in the Big 12. [NewsOK]

• It’s no surprise that Yor Anei sits only behind a couple of guys for his block numbers this season – moves like this look like Andre Williams.

ALL ALONE@yor_anei gets his 66th swat of the year to set the record for single season blocks by a freshman! #c2e #okstate pic.twitter.com/ypnpqQDdCa

• Boynton hit the road after getting a big win over the Baylor Bears.

This felt like when Boynton went over to Tulsa to recruit the Boone twins after beating West Virginia.