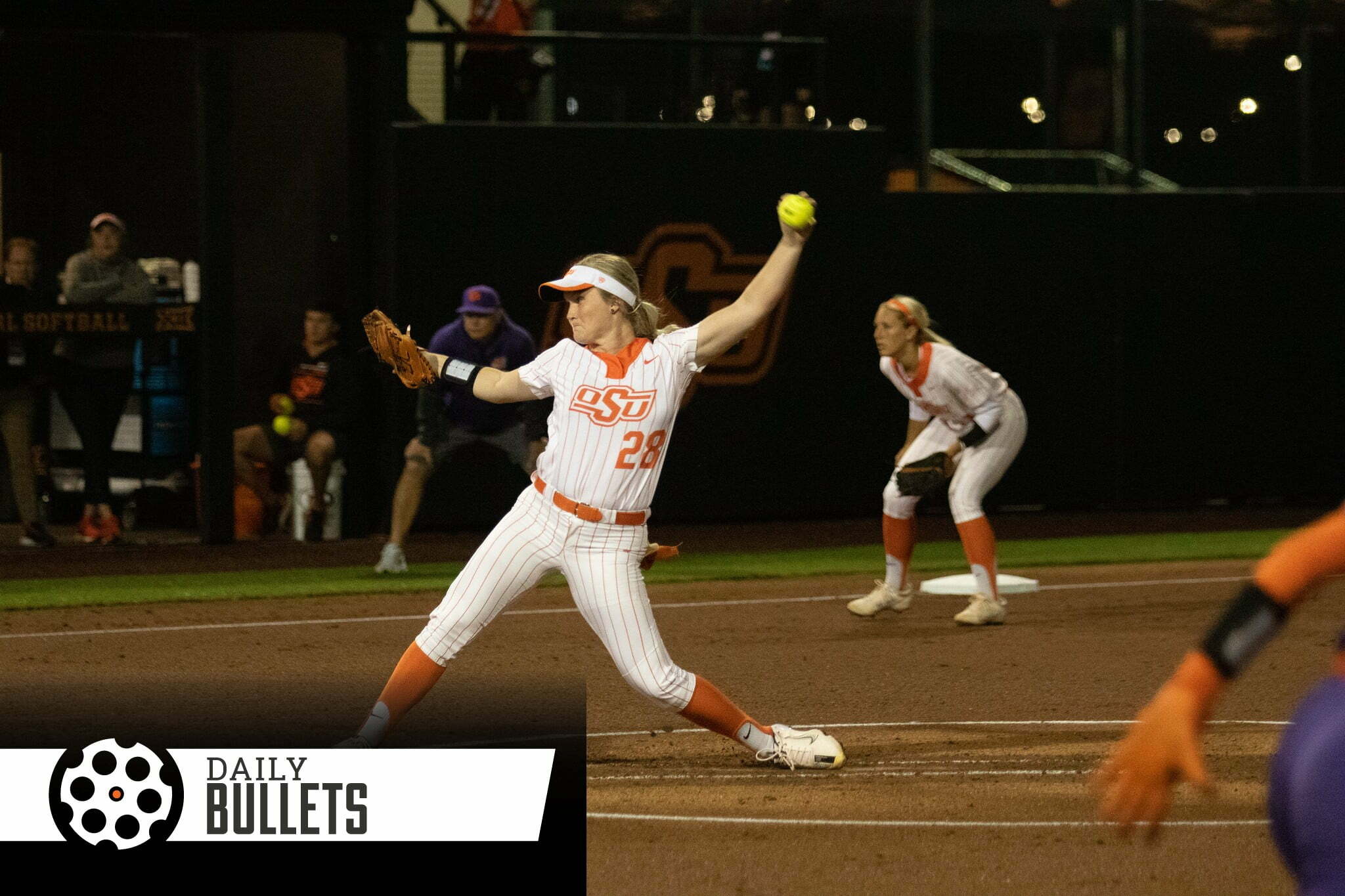 • OSU in the Postseason:
– The Cowgirls punched their third consecutive ticket to the Women’s College World Series yesterday with a 5-1 home win over No. 10 Clemson, winning the series 2-0

– The Pokes beat the No. 1 seed TCU after being sparked by a 450-foot blast by Griffin Doersching. The Cowboys get a revenge match against the team that beat them Wednesday (Texas) this morning at 9am. The Pokes have to beat them twice to get to the final round.

• Fun question – when will OSU lose their first football game next year? Road openers haven’t been kind to Gundy, this article has the Pokes stopping there:

A rematch of last year’s conference title game separated by a goal-line stand, and this could be a preview of the 2022 Big 12 Championship Game as well. It’s tough sledding asking the Cowboys to travel to Waco and leave with a win, particularly given that Blake Shapen will have had a month to settle in as Baylor quarterback and the Bears’ new defensive starters will be starting to catch on as well.

• Congrats to Corndawg getting some run in Canada last night:

• This is a great point by Alan Bratton – when you win as much as this team does, it’s probably hard to reinforce that it has to be earned each year

• Would you rather… with your life on the line, pitch to Griffin Doersching, or need to get a hit off Kelly Maxwell?

• No. 2 NBA Twitter had a field day after Marcus Smart returned from an ankle injury

Five years is the number.

“Most big, deeply satisfying accomplishments in life take at least five years to achieve. This can include building a business, cultivating a loving relationship, writing a book, getting in the best shape of your life, raising a family, and more.