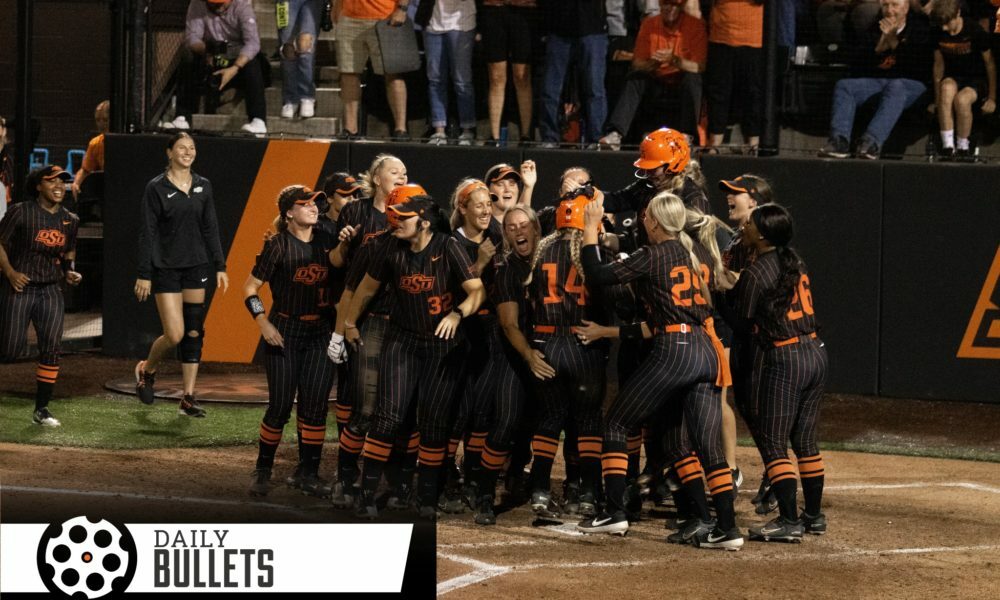 Happy Memorial Day from the folks at PFB.

Men’s Golf: Pokes are in second through day three

• There was a lot more news from Saturday, check out Sunday’s Bullets for a nice refresher if you missed it

• Doug Gottlieb shared some thoughts on OSU’s appeal to the NCAA and NIL – his explanation on why the appeal wasn’t heard made a lot of sense while his measured thoughts didn’t resonate:

“…And Oklahoma State had smartly appealed and because of COVID there was no appeal hearings, and because it was under appeal, when you had the best player in the country [Cade Cunningham], you got to play in the NCAA Tournament.”

• Boone Pickens Stadium is No. 3 among Big 12 venues in this ranking and the Cowboys have the third-highest national championship odds in the Big 12

• Liked this take on “humility as kindness” (some political thoughts but his process was good)
• Cases for Paolo, Chet, and Jabari to be taken first in the NBA Draft (why Chet is a good fit for OKC)
• A little cheesy but “Slow Down: a Dad’s Reflection” is good (faith-based)