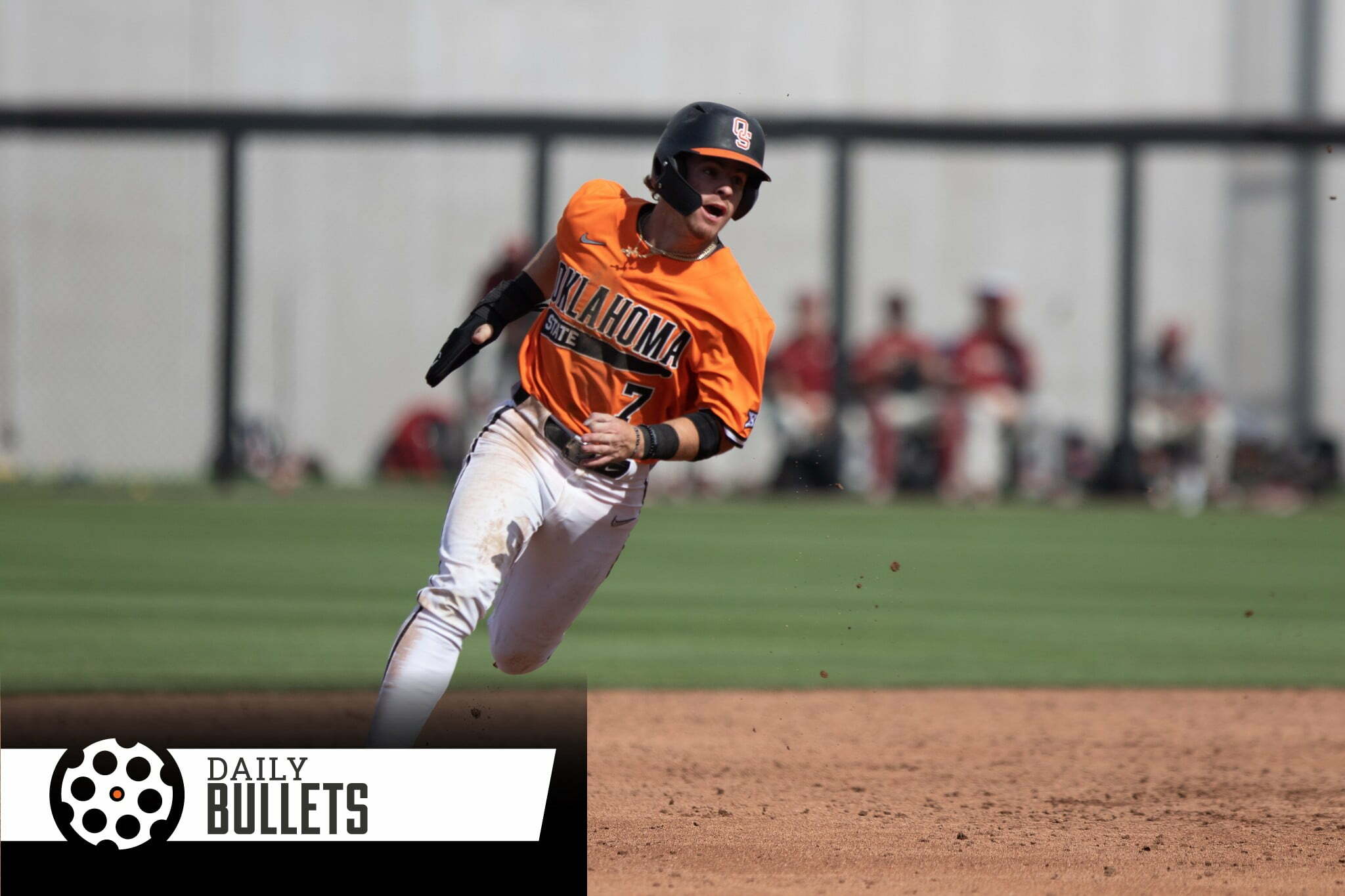 The Cowboys came up short to Texas on Saturday night after laying it on the Longhorns Saturday morning. Now they await the NCAA Tournament Selection Show on Monday. [PFB]

• Nolan McLean did Nolan McLean things in both, especially in Game 1. Check out this web gem, just one of his impressive plays from Saturday. [PFB]

• Rondel Walker is leaving Stillwater for Fort Worth. On a personal note, I’m going to need take a personal day. [PFB]

• Less than a day after punching his third-straight ticket to OKC, OSU locked up head softball coach Kenny Gajewski through the next five years. [PFB]

• Kenny G on OSU’s goals. “It’s not [just] getting to OKC. It was getting OKC our first years. That’s not the expectation.” [PFB]

• Aman Gupta shot the low round on Saturday at the NCAA Men’s Golf Tournament, turning in a 5-under 65. He had four birdies and no bogies in the back nine. Here he is on the round that has him ranked third on the leaderboard.

“It was just one of those things where as long as I trusted what I was doing and didn’t try to overthink it and just didn’t get too caught up in where I stood that it was gonna be a pretty good day, and it was really good.” [Golfweek]

The Cowboys are currently second on the team leaderboard.

• If you could have locked up any past OSU head coach (any sport), who would it be?

• “It could be worth the wait!” An impressive meteor shower could happen on Monday night. [USA Today]

• Why you should upgrade your search engine from Google. [Seth’s Blog]