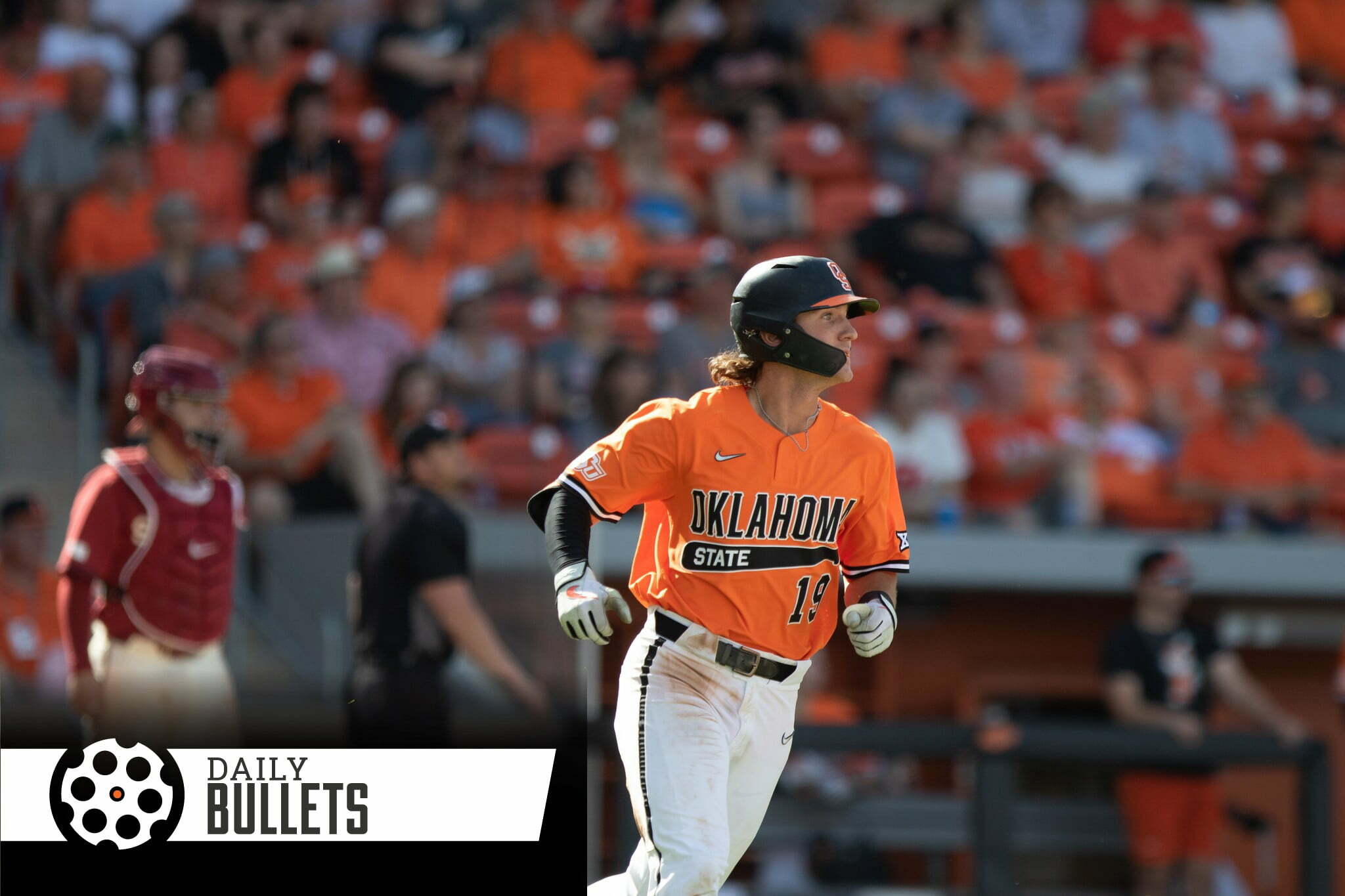 • Pretty wild – yesterday the Pokes landed the No. 7 national seed. If they can win this weekend, they’ll land Super Regional hosting because of it. Here’s a schedule for this weekend’s regional in Stillwater and here’s the best explanation I’ve seen on why the Pokes were valued so high:

• Cowboy Golf is gearing up for a big day today – Pokes are teeing off against Texas this morning, will play in the semifinals this afternoon if they win, finals tomorrow.

Yesterday, the Pokes fell to the fifth spot from second, setting up the match with the No. 4 Horns. Eugenio Lopez-Chacarra had an unbelievably wild round finishing in a playoff for the stroke play title but finished second.

• Sign me up for a good OSU-Texas football game, they’ve been aplenty.

Case in point, six of the past seven meetings between the two squad has been decided by one-score, including games decided by a mere field goal in 2017 and 2018. This is also a series with the potential to go dormant after 2022 depending on how things unfold with the SEC move for the Longhorns and Sooners.

• Pretty crazy to think Tylan was snubbed for one and the Pokes should have the all-time lead on Biletnikoffs. Don’t get me started on how unlucky the Larry Fitzgerald/Rashaun Woods timing was.

Pretty interesting to chew on – who will the Big 12 bottom feeders be when teams are added? (20 min podcast)