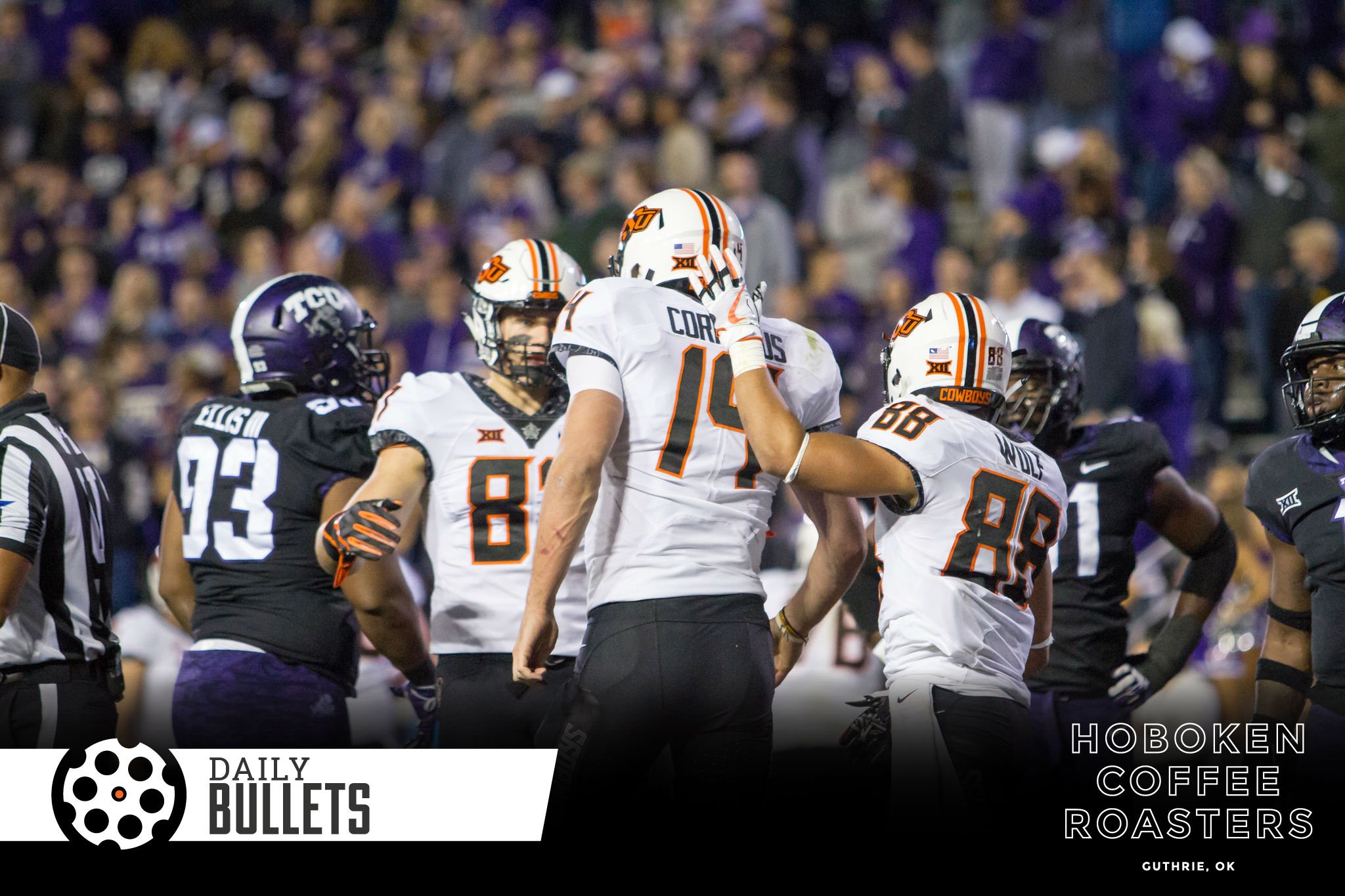 With only an epilogue left to be written on the 2018 Cowboy Football season, Porter nailed the big question to ask about the season.

All season in 2018 Gundy trotted out a lame-duck QB who he banked on getting better as the year wore on. We were told after the first game and the fourth game and the sixth game, “No really we promise he’s good.”

Corndog improved as the season went on and played some of his best football in the biggest games at the end of the 2018 season. His pre-bye and post-bye splits tell you everything you need to know.

My take has always been this – if you know Cornelius can win you eight-plus games, roll him out there. All sorts of variables in the equation for wins but if you don’t see it happening, lay the foundation for the future. Now – the guy was a dropped T (Tylan)-bomb against Iowa State and a few Ammendola leg swings from 8-4, a solid rebuilding season.

An interesting comment about OSU was made when considering what Texas Tech could be.

A good “ceiling” for Texas Tech to aim for is probably what Mike Gundy has done at Oklahoma State. To be at the top of the non-OU/TX pack and truly competing with the two big dogs in the better years. That’s more or less what everyone else is aiming for and that’s THE challenge in the league right now. [Concerning Sports]

I think Briles’ Bears (unethically) and K-State with a system and elite coaching came closest to establishing themselves in the top tier (along with OSU from 2010 to 2016) but politics, money, and bringing in lots of top-tier recruits on the regular are necessary.

From these possible bowl options, give me Liberty against anybody not Mizzou….Leach and Holgo are out on the Tech job….Mack Brown (to UNC) and Les Miles back in coaching the same year is wild…. Army vs. OSU would be a great contrast of styles….Kyler Murray still planning on playing baseball next year….How Alabama has evolved with college football

Man… basketball season could be fun this year.

Oklahoma State was picked last in the preseason Big 12 poll but just beat Memphis by 20 and LSU by 13 to finish third in the AdvoCare Invitational. Speaks to the strength of the Big 12 that a team capable of doing that was picked last.

You knew he would drop a pass at some point… I just couldn’t remember him doing it in Stillwater.

I Believe I Can Fly.mp3

Roll Kliff would be fascinating.

I just don’t know what you’re setting a kiddo up for with a name like that.

A little Baker is on the way ?? pic.twitter.com/j4JCfLxGpE