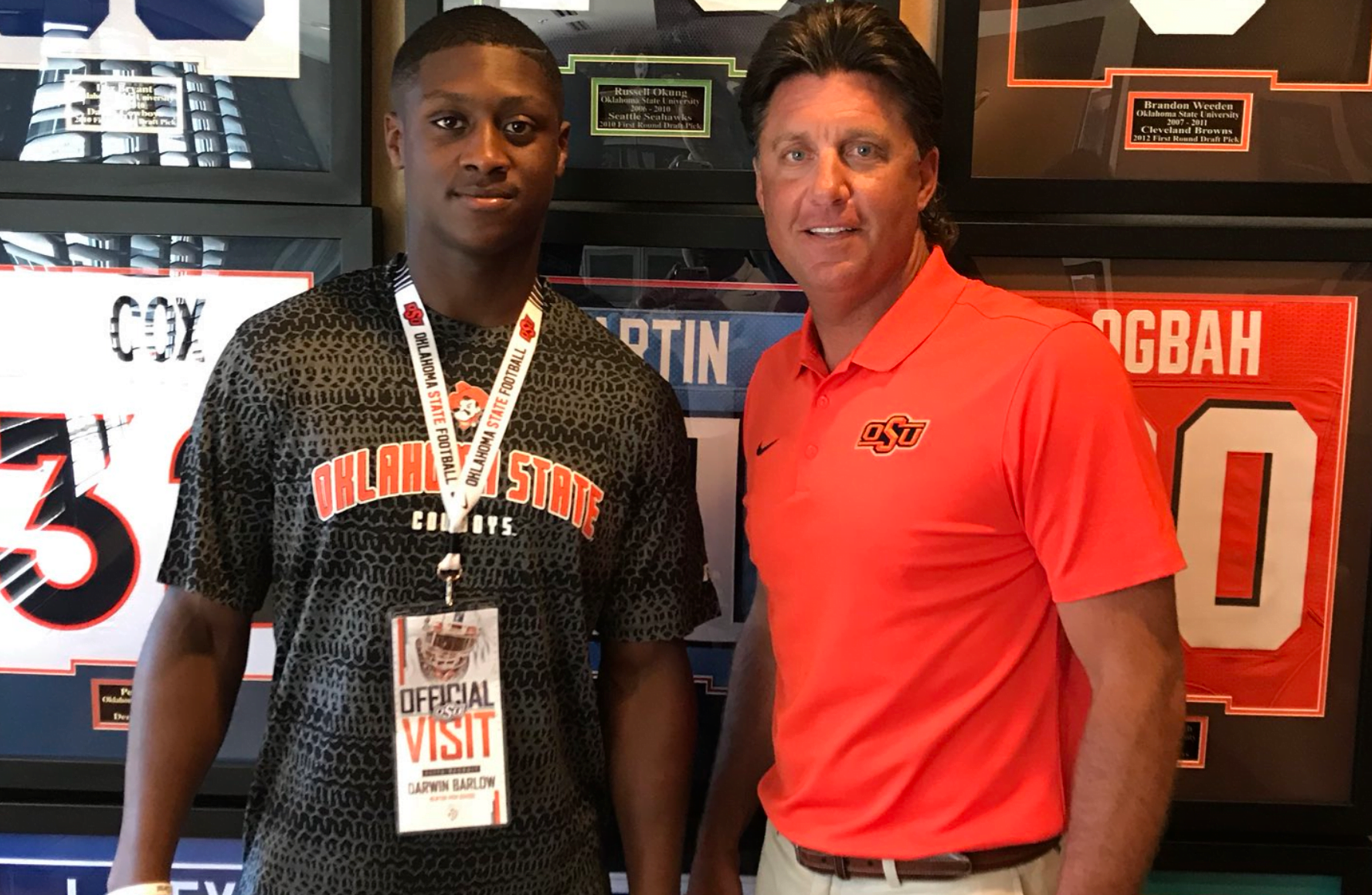 Barlow is a three-star recruit from Newton High School in Newton, Texas. He committed to TCU with his teammate, Tamauzia Brown, back in August. Both picked the Frogs despite offers and heavy interest from OSU.

Thank you Coach Woz, really had a great time with you being over with the family ‼️? @JohnWozniak2 pic.twitter.com/hxX7ksDYci

Barlow has visited OSU on several occasions and made his way this summer to campus for an official visit, where OSU rolled out the orange carpet for him. He committed to TCU two months later.

Though Barlow remains committed, OSU remains interested if he’s willing to listen. Right now OSU remains without a commitment in the 2019 class at running back and is eyeing four-star talent Deondrick Glass. But Glass said recently he’s favoring Alabama, perhaps signaling to the OSU staff that a contingency plan should be deployed if Glass opts to take his talents elsewhere.

TCU has two commitments at running back for the 2019 cycle with Barlow and four-star talent Daimarqua Foster, the highest-rated pledge of TCU’s 33rd-ranked class. Should Barlow opt to withdraw his verbal commitment — and there is no indication he will at this point — he will have plenty of fallback options with offers from two dozens programs including Southern Cal, Arkansas, Minnesota, Oklahoma State and others.