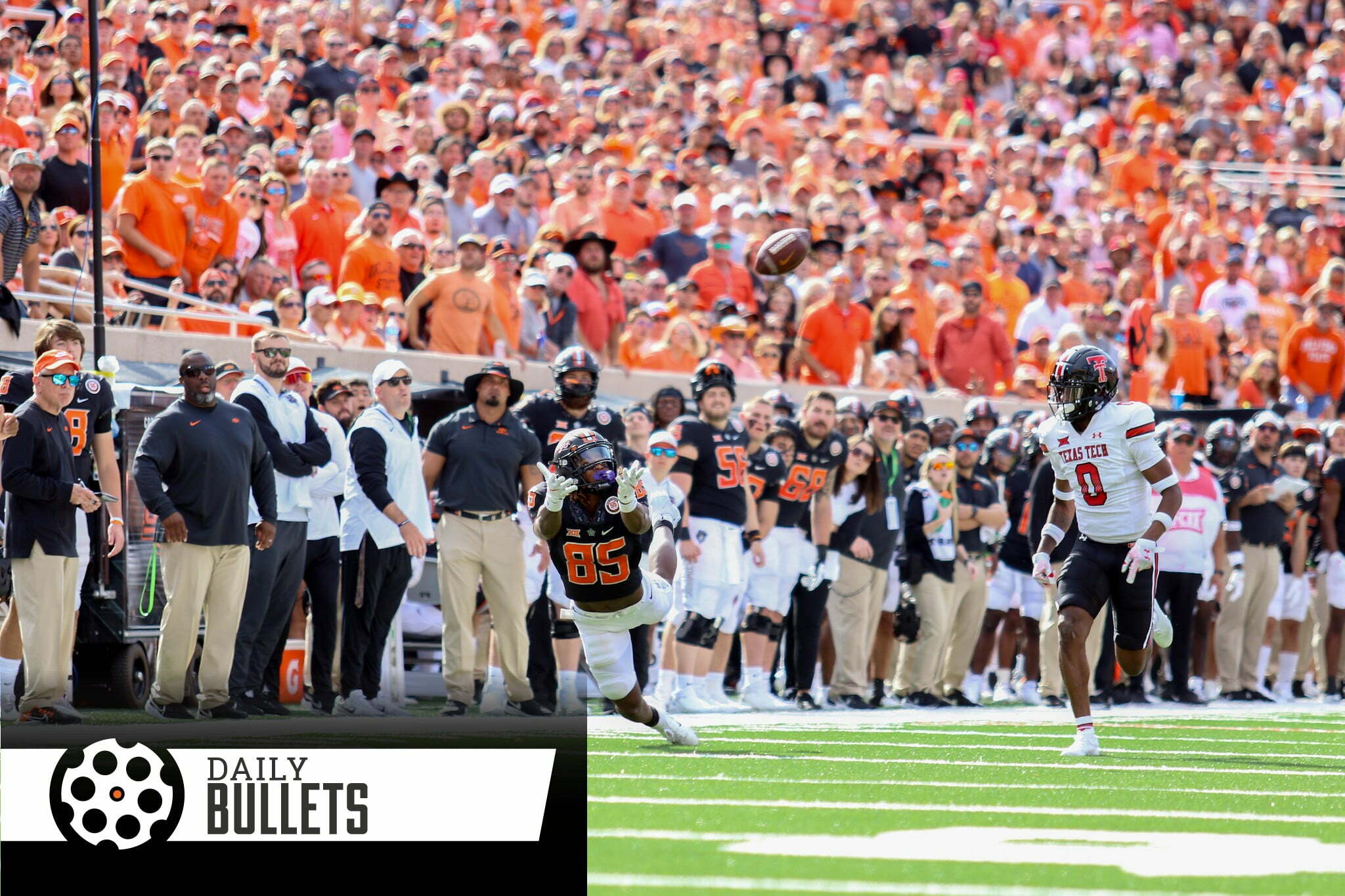 • Looking at the toughest games remaining on the Cowboys’ schedule, TCU is up there along with one another. Spoiler – it’s not Bedlam.

For the purposes of this exercise, I’d consider a trip to Fort Worth slightly more problematic than a home game with Texas. But, it’s close. Both of those offenses are legitimate top 10 units nationally – the Horned Frogs rank first in average yards per play – and can test a still inexperienced Cowboys defense. Expect those games to be shootouts, which can often go either way.

• Wild to see stuff like this said – folks who follow the Pittsburgh Steelers are calling for more undrafted Jaylen Warren over first-round pick Najee Harris:

There actually appears to be a quick fix to this: less carries for Najee Harris and more carries for Jaylen Warren. For whatever reason, the hard-nosed Warren is having more success finding running room than his teammate. Warren has carried the ball 19 times with a 4.9 yards-per-carry average. Harris has toted the rock 69 times for an average of 3.2 yards-per-carry.

• The tenure of Mike Gundy at one place is starting to stick out – only Kirk Ferentz and Kyle Whittingham are in his ballpark now as far as time at one place:

• Ranking the NBA’s young cores – and how valuable is a pick swap?
• How Dracula was written: setting makes a difference