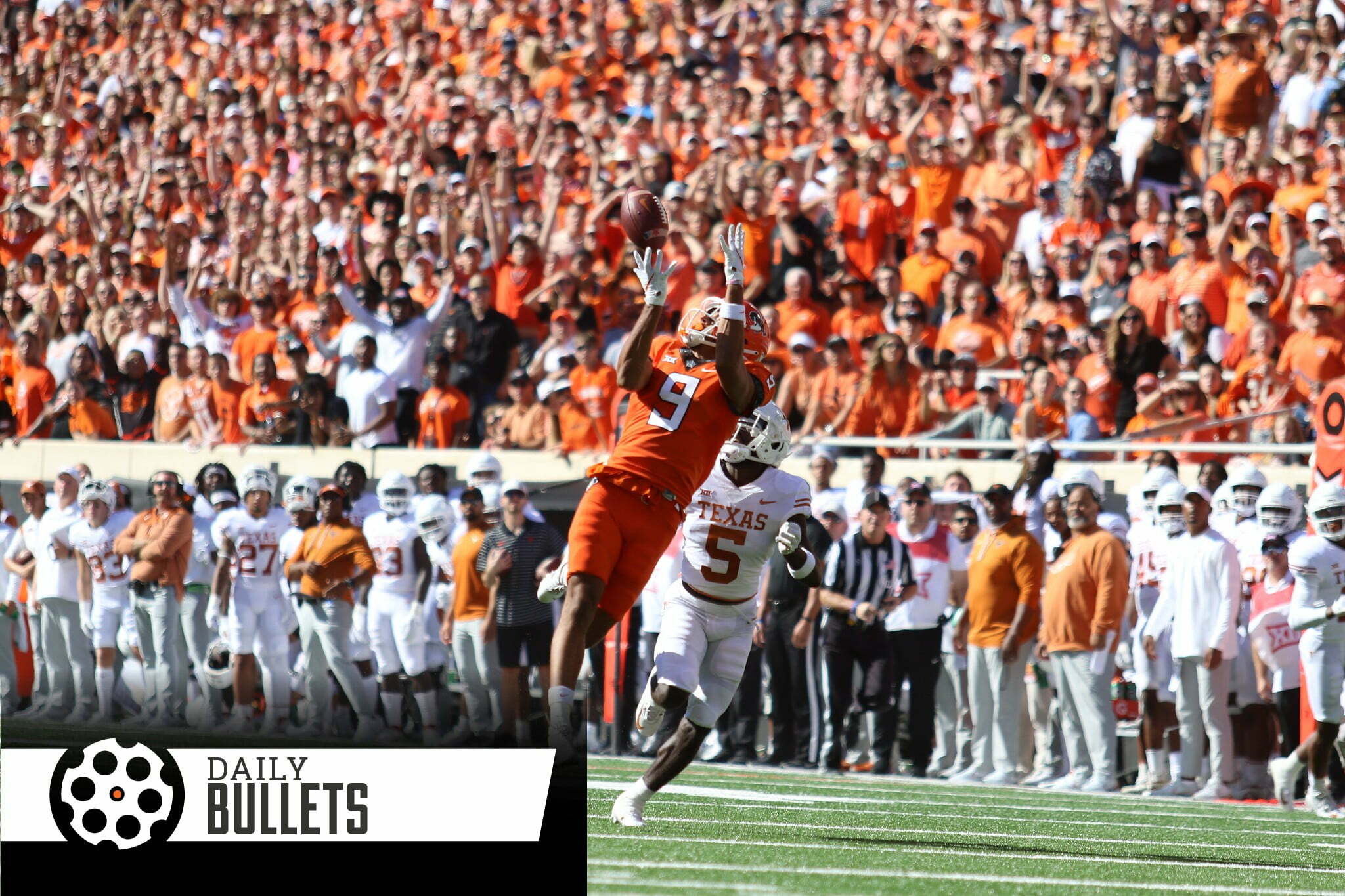 • OSU back in the Cotton Bowl would be a lot of fun… ideally not against a Group of Five opponent though. Sugar Bowl against Alabama sound good to anybody?

• Here’s what Oklahoma State has over most teams it plays at this point:

Mike Gundy is now 5-1 straight up as a home underdog since 2016. And for my money, he remains the most underrated college football coach in America. Spencer Sanders is the foxhole guy you want in your corner with the game on the line, bum shoulder or not. And the defense is continuing to make key stops when needed.

• Some national media has commented on the penalty disparity (14-0) between OSU and Texas Saturday. What an excellent public service – Adam Lunt dove in and looked at the nature of these penalties – eight were false start/offsides!

To make a long point longer, the Cowboys are incredibly disciplined concerning penalties on the season:

Sign me up for this – are there wives that agree to see this on Valentine’s weekend?