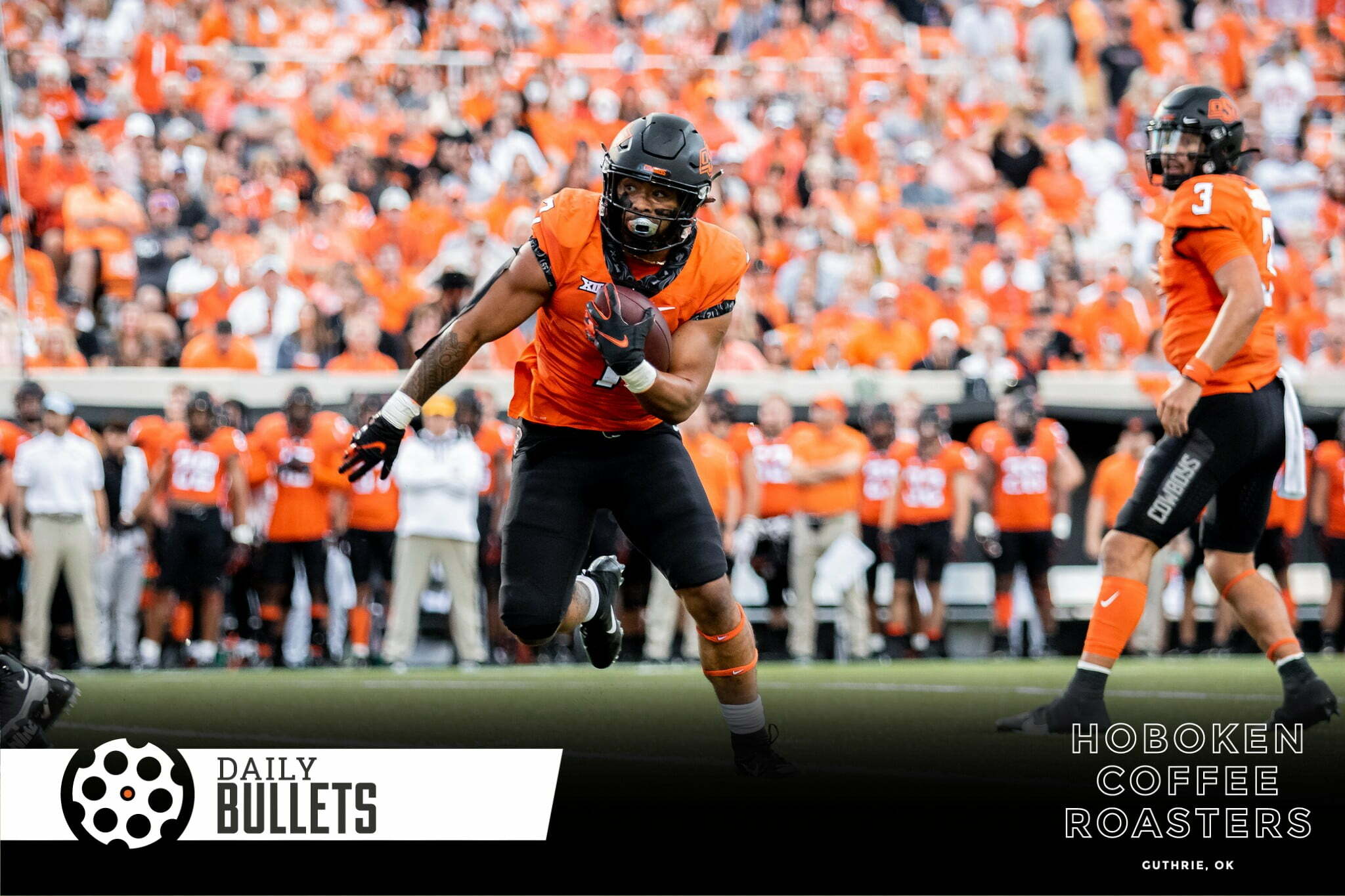 • Mike Gundy had an update on running back depth during his radio show – talked about true freshman Jaden Nixon getting reps. Nixon is Adrian Peterson’s cousin! (OU Adrian Peterson, not the OSU one)

• I love this descriptor of Jaylen Warren – the “safety net” of the offense. And how it goes on to point out that a passing game with Warren would be incredible.

Having Warren as the safety net for the offense is a big reason for the Cowboys’ 5-0 start. Now, with a week off before playing at Texas on Oct. 16, OSU needs to settle into a consistent rhythm in the passing game.

• I could see this being a Gundy-ism that Mike Yurcich picked up:

• Pokes are 33rd most penalized (by yards) team in CFB – just for context.

• For the Texans – here’s you one heck of a BBQ road trip to take this weekend. Also, take your significant other/family to a pumpkin patch while we’re on a bye week.