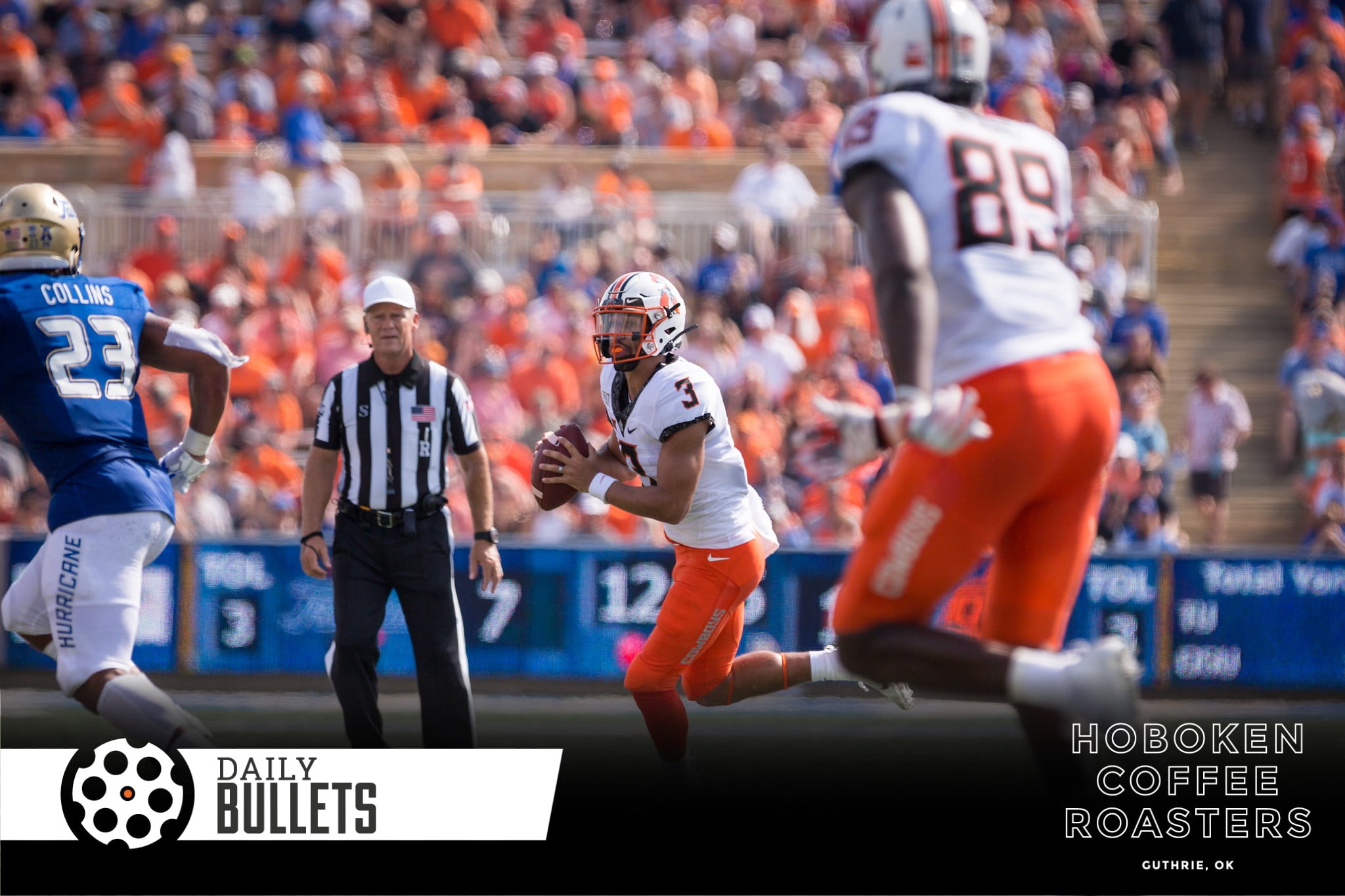 • Kickoff time and TV for the opener against Tulsa was announced yesterday – Big 12 kickoff times listed as well:

• OSU signed a five-year deal with INFLCR, an outside group that specializes in brand management for the student-athlete – the group also specializes in NIL (name, image, likeness)

• A bit “Inside Baseball” here but an insightful take on how OSU can work around the limitations of the offensive line:

The left side and their ability to create space for their star athletes with run/pass conflicts is secured, it’s a matter of the right side not allowing their plans to be destroyed. Dropback pass protection simply isn’t going to be very good in 2020, RPOs in which Jenkins and Sills are working to collapse the left side WILL be very good. [InsideTexas]

• Enjoyed this piece on PFB about Spencer Sanders and reading the tea leaves from Gundy’s comments about him – here’s the upside his coach is spouting about:

“So as he understands defensive structures and how to distribute the ball in our offense, he should continue to get better over the next couple of years.” [PFB]

As a non-football intellectual, it seems like OSU tried to let him throw everywhere to start the year… and defenses learned his limitations. OSU’s offense shifted to lots of shorter throws and leaned on it’s stellar playmakers.

If I understand, Gundy is saying when he can distribute (all over the field), he’ll get better.

• Couple of NCAA pieces:
– NCAA files trademark for the “Battle for the Bubble” – look for an NCAA tourney to happen in 2021
– See what each Power Five team sent out on 9/1 to offer football recruits