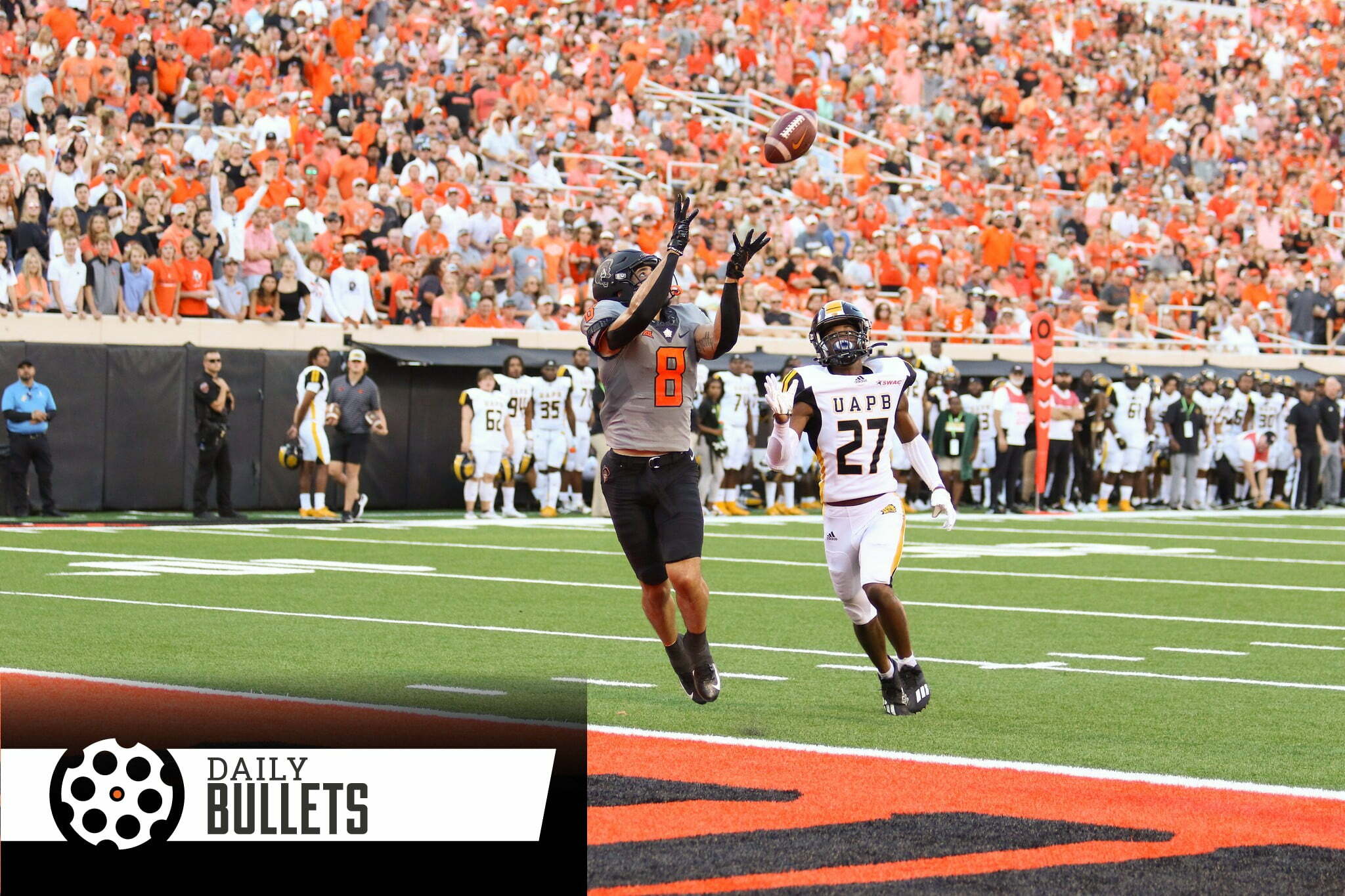 • Great stuff from Mike Boynton: yesterday the Pokes landed the 118th-best prospect in the 2023 class. Justin McBride brings the Pokes class nearly up to the top ten in the country

• It’s pretty incredible to see how much of a marquee game Bedlam is nationally:

Don’t buy into Bedlam’s prowess? ESPN’s College GameDay, the iconic Saturday morning pregame show, has been to Stillwater six times over the years. Five of those games were Bedlam. OU has hosted eight GameDays; two were Bedlam.

• As far as non-conference play goes, OSU did just about as much as you could ask of them.

The Cowboys cruised to a 63-7 victory over Arkansas-Pine Bluff, giving Oklahoma State three double-digit victories in their three non-conference games.

• Spencer Sanders leading passers and Mason Cobb in shooting distance to lead the league in tackles:

• By far and away the cutest release of a schedule: