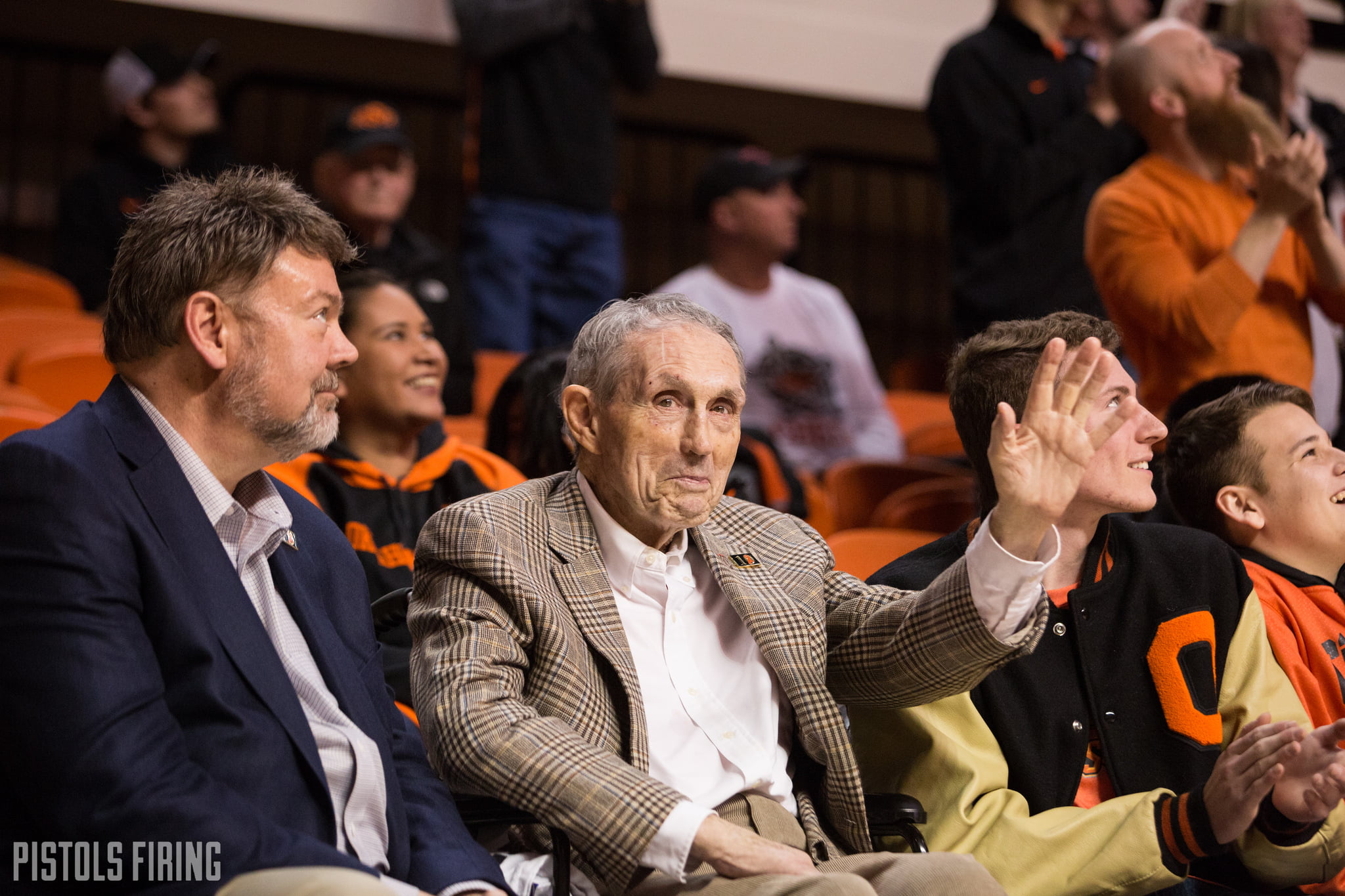 During the Sutton years from 1990 to 2006, the two brands were one and the same. They shared an identity that mirrored the fans who grew up admiring both equally. Tough, no-nonsense types who worked for what they got and never gave an inch.

To watch a Sutton-coached Oklahoma State team was to watch discipline and defense at its highest level. Coaches often talk about a team in lockstep, perhaps using the buzziest of buzz words “gelling” to describe their goal as a team. Yet that was rarely a goal Sutton had to strive for; his teams almost always had it intuitively. When offenses would pass around the top of the key, Sutton’s defenses would rotate in unison, as if on a string, with his players in perfect stance and position to make a play. They were well-coached ten-times over.

It was more than that with Sutton, though. College players are often well-coached. Heck, Sutton is a Hall of Famer because he was a great coach. You don’t win 806 games sitting on your keister. But with Sutton, his coaching inspired confidence, which in turn engendered trust, which in turn created an atmosphere of family, of love. His players were disciplined, sure. But they were inspired by Sutton. They wanted to play right because of him. He was tough — and when he was tough it was for all the reasons a coach is tough on his players: because he believed in them.

“I was telling someone this earlier, coach [Eddie] Sutton prepared me for getting to the NBA,” said Tony Allen, one of Sutton’s protégés, earlier this year. “The tough love, I needed it because in the NBA, there’s no nice guys. It’s either put up or shut up and what have you done for me lately. I think with coach being so hard on me and pushing me and pushing me and pushing me, it only made me mentally stronger.

“I just like how he prepared me as a young man. He got me to fix my manners, he got me thinking about a lot of stuff just as far as life. We used to just have conversations about everything. The wins I honor, you can’t do nothing but honor the wins, but how coach Sutton was as a person with me personally, I’ll never forget it.”

Ask a dozen other players during Sutton’s years, and you’ll get some iteration of that same answer. There was the Scowling Sutton on the sidelines that fans saw, but it was a façade that hid a softer side. Sutton was a family man who cared about his players in the same way he cared about his family. The holistic approach Sutton took created a cohesion within his ranks.

“Dad and mom treated their players like family and always shared the belief that his teachings went beyond the basketball court” said the Sutton family in a statement after his passing this weekend.

“I’ll always remember Eddie Sutton as a good man, who cared about his players, got the best out of them and prepared them well for life after basketball,” said former President Bill Clinton this weekend. “I will always love him for being a ferocious, loyal friend.”

Many others this weekend weighed in with similar remarks. I could list them, but instead I want to share two anecdotes that, to me, underscore the behind-the-scenes kindness that speaks to who Sutton was at his core and why he was so successful for so long. He created an ecosystem where his friends, family and players could thrive at Oklahoma State, and he freely allowed others to bask — if only briefly — in the precious environment he instilled. First, here’s Brian Davis, a writer from Austin:

Eddie Sutton knew I was driving up from Dallas one day, so he let me watch an entire OSU practice. He sat with me, a stranger, for 2 hours inside Gallagher-Iba afterward for an interview/story. You don’t forget stuff like that. RIP, Coach.

Then here’s a Roy Williams story (via OSU):

“I was so discouraged by our defensive play early in the 2004-2005 season at Carolina that I asked coach if I could come watch his team practice. He graciously said yes, and assistant coach Joe Holladay flew with me to Stillwater and we watched the Cowboys practice. It helped us a great deal. We learned that his team was doing the same drills as we were, but I needed to do a better job coaching.”

That UNC team was indeed helped. It finished with a top-5 defense nationally, according to KenPom, and went on to win the national championship. Meanwhile, it was statistically one of the worst defenses Sutton had in the twilight of his career. But Sutton still offered to help.

That was who Sutton was. He did right by others. He tried to care for everyone he came into contact with. He tried to love everyone, even if it was tough love (or if football pads needed to be included to illustrate his point.) He was the embodiment of Oklahoma State but also of its fans: a great teacher, a human with flaws, and a hard worker with a motor that never quit. He was one of us.