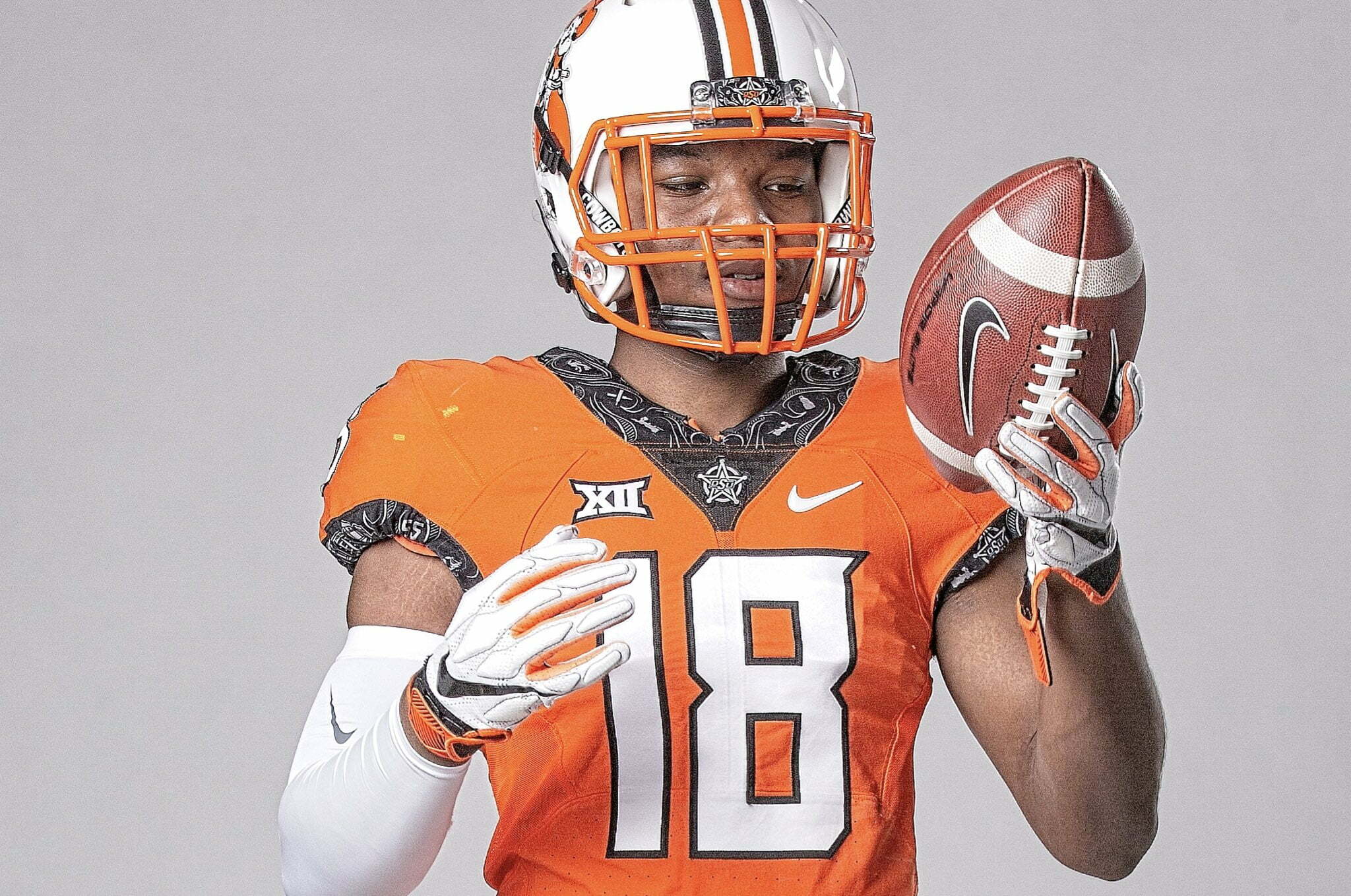 Next up in the 2021 recruiting class film study series, I take a look at the sixth-highest rated player in the state of Oklahoma, four-star defensive talent Collin Oliver. Before we take a look at Oliver, you can find my previous breakdowns in this series below:

The Edmond Sante Fe product held offers from Arkansas, Boise State, Colorado, Georgia, Iowa State, Kansas, Kansas State, Kentucky, Missouri, Nebraska, Ole Miss, Oregon, SMU, TCU, Tennessee, Texas Tech and Utah but ultimately signed with Oklahoma State. The Cowboys were the first to offer Oliver back in May 2019 after a short, but productive junior campaign for the Wolves. Oliver played in only six games that season as he battled injuries, though he still managed to record 33 tackles, including seven tackles for loss and one interception. He played both linebacker and defensive end for the Wolves that season.

Oliver used his time on the sideline during 2019 to really learn the game of football, and says things on the field started to slow down for him at that point. And, this showed during his senior season as Oliver helped his team reach the 2020 Oklahoma 6A-1 State Championship game. According to Max Preps, Oliver had 66 tackles, including 17 for loss and four sacks, 12 QB hurries, five passes defended, two fumbles recoveries and and forced fumble in 10 games.

Oliver also played in the championship game against Jenks, in which the defensive stats weren’t tracked on Max Preps, where he had several more tackles and was one of the only bright spots on the Wolves’ defense. Additionally, he missed games early in the year against Stillwater and Edmond North due to a hamstring injury. Oliver still played linebacker last season, but looked to be utilized a lot more as a hand-in-the-ground defensive end.

Oliver’s performance in his final high school season earned him the Central Oklahoma Athletic Conference Defensive Player of the Year Award and a spot on The Oklahoman‘s All-State Defensive Second Team. Oliver also competed in track and field, specifically the discus, high jump, long jump and shot put for the Santa Fe. Oliver placed third in high jump and ninth in long jump at the 2019 6A State Championships.

I was able to watch Oliver’s playoff games against Union and Jenks from last season, along with his regular season game against Norman. Below I’ll breakdown Oliver’s game and take a look at his skillset as he gets set to play defensive end (the “Leo” defensive end/linebacker hybrid role) for the Cowboys.

In the three games I watched, Oliver was primarily used as a hand-in-the-ground defensive end. He looked to be mainly in a 5-technique, lined up on the offensive tackle’s outside shoulder. Oliver showed nice close-quarters combat skills firing off the ball from this position. In addition, he has good length for his frame and did a good job fighting off stun punches from offensive linemen. Below you’ll see him fend off a pulling lineman and make a tackle.

At the high school level, he did well to create separation and wasn’t often held up by his opponents. In the following video, you’ll see Oliver make another nice play in the state championship game.

At OSU, Oliver will need to continue to gain strength, as he struggled at times with the offensive linemen for both Jenks and Union, and it’s only going to get tougher going against guys at the college level.

Oliver excels at using his speed, length and the dip-and-rip technique to put pressure on opposing quarterbacks, as you’ll see him make the sack in the clip below.

He did a nice job of winning with his first step to set up his opponent and then using his quick footwork and length to get by them. Oliver also was able to overpower and steamroll through O-linemen at the high school level. Additionally, he did well with inside counters and was able to work from outside back inside with solid success. However, I would like to see him add some more variety to his pass rush attack in Stillwater.

Oliver was an absolute beast defending the run. Whether he was asked to stack and shed or crash through the gap, he consistently was making plays for the Wolves. His good balance, lateral agility and strength allow him to maneuver through traffic and make his way to the ball carrier. Oliver is technically sound in this area, and I was impressed by what I saw on film. In the following video, you’ll see him make a nice play against Union.

Oliver has a great tackle radius and does well to extend his frame and takes good angles toward the football. He had some violent tackles in his time at Santa Fe, and a few of them led to forced fumbles. Additionally, his speed and agility allow him to stay with ball carriers in space.

The one knock on Oliver in this area is that at times he hits his opponent a little high, and he also failed to wrap up on occasion which resulted in a few missed tackles.

Along with the skills mentioned above, Oliver also showed on film that he’s capable in pass coverage situations, as he had seven passes defended and an interception (shown below) during his high school tenure.

We’ve seen OSU “Leo” Trace Ford put into coverage situations at times, so it’s nice to know that Oliver can hold his own in this area.

With Ford’s status somewhat of a question mark as he recovers from a knee injury suffered in last year’s Baylor game, and with Oliver enrolling early, there’s a chance he could get some playing time next season. The Pokes do return Brock Martin and Tyren Irby and add Nathan Latu, who all could play the “Leo” role for defensive coordinator Jim Knowles, but I do think there’s potential Oliver could crack the rotation.