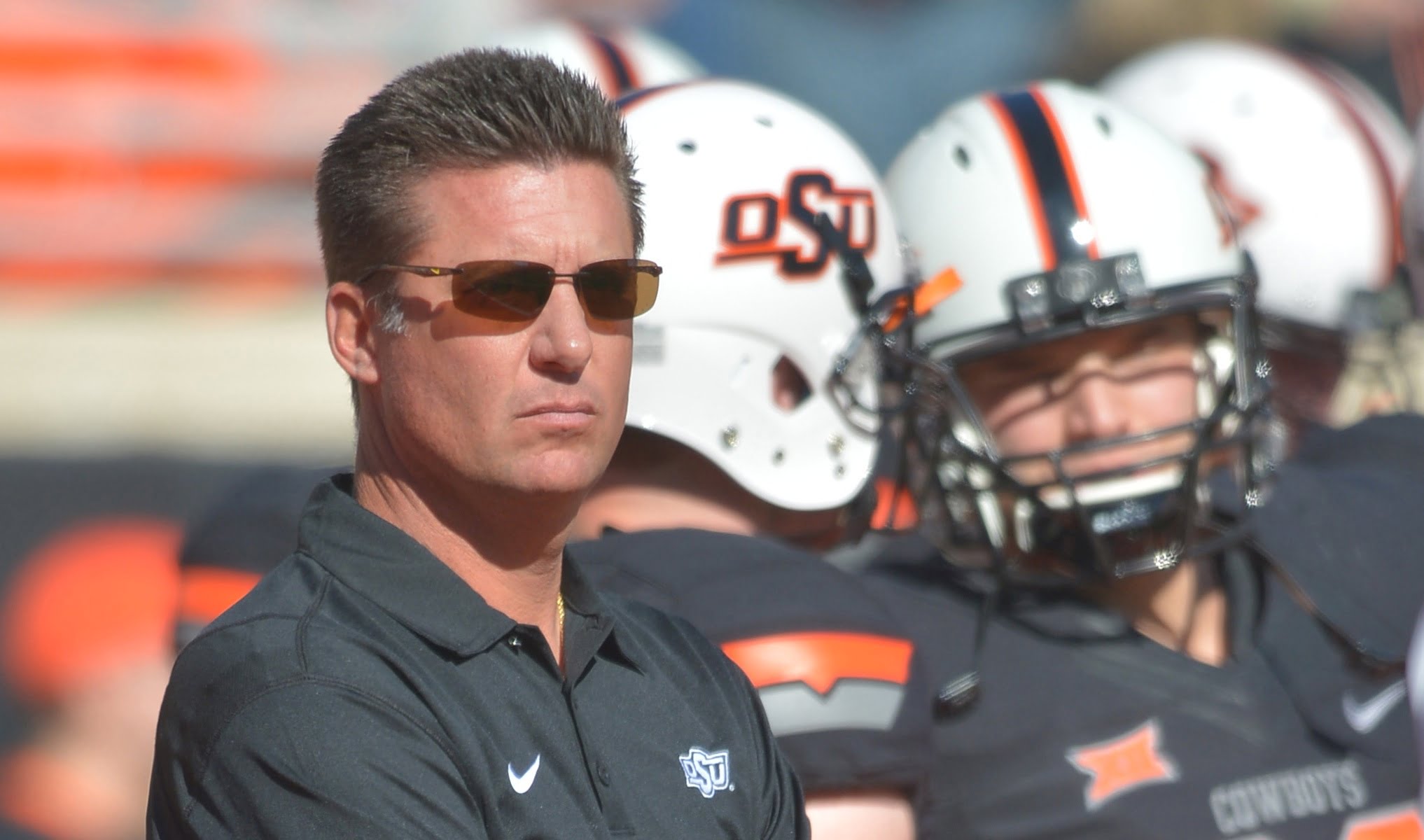 I was watching TCU upset OU on Saturday afternoon and as I watched Trevone Boykin (Trevone Boykin!) flourish in Doug Mecacham’s offense I couldn’t help but wonder if, during the 2012 offseason, Gundy wishes he could have a do-over and promote Meacham instead of going out to get Mike Yurcich from Shippensburg.

Maybe he wouldn’t, maybe he’s pleased with how things are going this season — and to be honest they aren’t going that badly.

OSU is ranked No. 33 in the country in points per drive which is pretty good, though it hasn’t faced the meat of its schedule yet. It is No. 53 in value drives[1. Defined as “possessions that begin on the offense’s own side of midfield and reach at least the opponent’s 30-yard line.”] and No. 41 on long drives.

Still, after the game on Saturday Gundy seemed upset at…something.

“I was frustrated because of that and went for it and I should have kicked a field goal. But I was still mad because of the last throw,” said Gundy.

Mad at who? Daxx? Yurcich?

“We thought he got in, but honestly at that point, I was so frustrated that I would have been OK if he hadn’t gotten in. But I was glad he got in,” said Gundy.

Okay, wow. And then the one that really caught my attention.

“I was talking so much to the offense that I didn’t even watch the defense,” said Gundy.

I don’t know if this is a “hey, I’m going to help my squad out and show Daxx stuff” or a “what is that guy we pay $400,000 up there doing?” situation. But that “who exactly is calling plays” dust-up from last season is never far away.

Plus if Gundy ever went near Dana’s offense or Monken’s offense he would have received a string of expletives that would have made HBO blush.

On Monday Yurcich talked about being more creative on offense.

Then he said he wanted to keep things simple:

I think you learn as time goes on, but I think anytime you can minimize the package it helps,” said Yurcich. “I think you have to break it down and make our packages as small as possible so we can maximize our reps in practice. I think that will help our guys out tremendously.”

And if I had a dollar for every time Gundy said “we need to find better ways to get him the ball in space” about Tyreek this season I would probably have as much money as Mike Yurcich will at the end of this season.

Maybe none of this is a big deal — it probably isn’t.

With a green QB and a relatively putrid offensive line maybe Gundy is fine with the way things are cranking. And maybe OSU turns on the heat at the end of the year like it did at the end of 2013. I personally think Yurcich has done a pretty decent job but as the Internet is wont to point out, what I think matters very little.

The question is at least worth asking, especially when you remember that Yurcich’s contract was only a two-year deal. What happens at the end of this season might hinge on the next eight games.