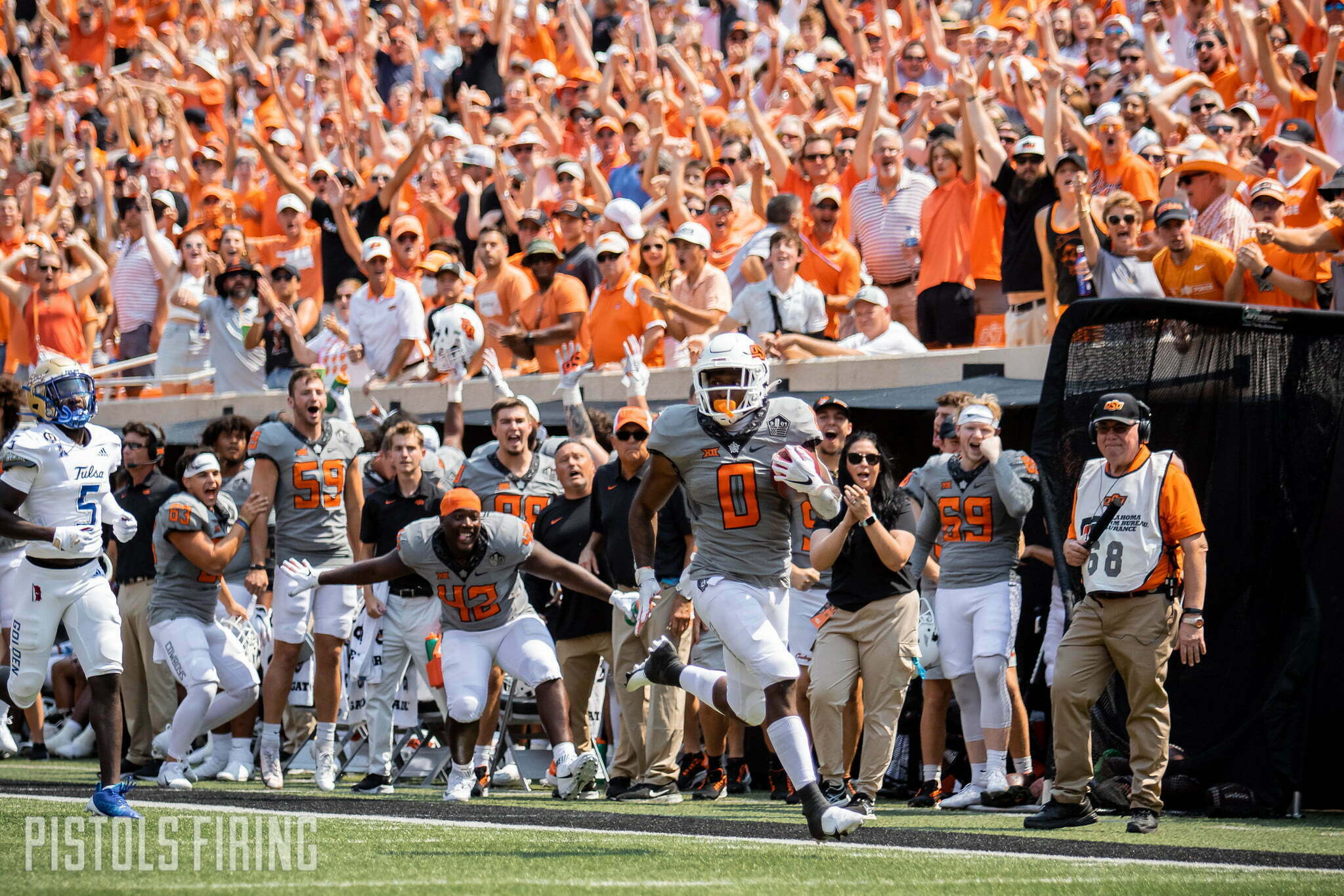 LD Brown has a shot to earn a spot on an NFL roster in the city that never sleeps (but actually New Jersey).

Brown was invited to the Jets’ rookie minicamp on a tryout basis, according to Pro Football Network’s Aaron Wilson.

Brown was a member of the Cowboys’ 2016 recruiting class, making him a longtime veteran in Stillwater. He toted the rock 214 times for 1,129 yards and nine touchdowns in his career.

Brown waited his turn in college, but unfortunately he dealt with injury when that opportunity came. This past season, Brown began the year as the Cowboys’ starter, but he played in only four games where ran for 85 yards and one touchdown. A speedster, Brown also returned a kick for a touchdown this past season.

Cowboys’ in the NFL Draft