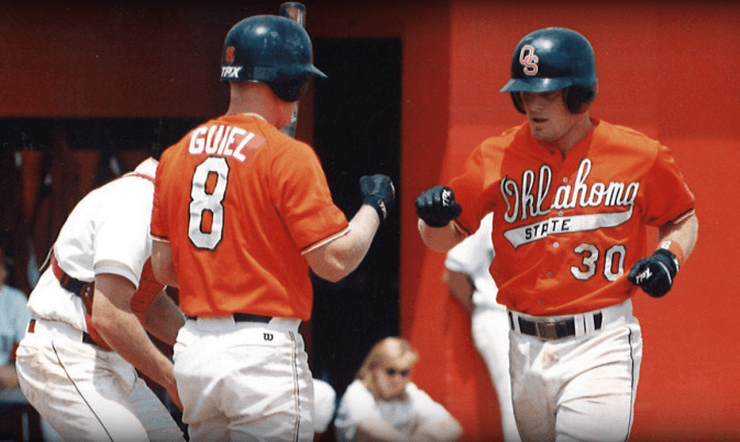 Welcome back to the PFB Mailbag. As always, thank you for your questions on Twitter.

I’m going to say yes. It just has to finish seventh or better to improve on whatever it was that happened last season.

TCU will finish last (I will bet my wife’s life on that) and then Tech *should* finish 9th which means OSU would have to beat out only one other team.

Since the conference went to 18 games the 7th place finisher has won seven games and nine games so I’m thinking eight gets it done. This should be an eight-win team (I think).

The funny thing would be if the following happened:

I would legitimately like to know who runs this account. It’s not Faux Pelini or even Faux Holgorsen good but it’s really good.

@pistolsguy Is Tyreek the best athlete our football program has ever had?

The first question — how do we define “best athlete”? To me it’s who’s the fastest, strongest, quickest, bounciest, freakiest genetically, etc.

Based on that he has to be, right? Who’s even close? Justin Gilbert? Perrish Cox? Prentiss Elliot? Barry? Bob Fenimore?!?

That’s actually a good question — is Tyreek Hill a better athlete than Barry Sanders. I say yes, but that doesn’t mean he’s better at football (or even on the same planet or galaxy or universe).

Also, there are some fun stories about Barry Sanders dunking at OSU that might make me re-think this.

The bigger question — who’s the best athlete in Big 12 history? I’ll take suggestions in the comments.

The bball choice. We have enough other helmets to make up for not having carbon fiber but those basketball unis make me weak.

Speaking of, this was on the front page of okstate.com today. It’s probably the baseball equivalent of those OSU unis, no?

@pistolsguy do you think Wickline has some blame when it comes to the o-line? Wasn't the strongest recruits in the last couple of years.

Do I think we would be better if Wickline was still in Stillwater. Yes, I do. Mike Holder called him the best offensive line coach in the country[1. While we’re here, does Holder go home at night and rank offensive line coaches or…?] and I would agree with that.

But I think even having him back wouldn’t prevent the things that are happening this season and a lot of that falls on whiffing on recruits. Some of it, though, falls on fate — having two would-be starters transfer and/or quit football isn’t on Wickline.

If you had to rank the five biggest sports draws in the state in terms of how good they are relative to their respective leagues, how would you do it?

Gonna go throw up, be back in a little bit.

@pistolsguy which OSU athlete do you think would be elite at a sport they didn't play in college or the pros and what sport would it be?

Personally I’m not sure why Daytawion Lowe is still trying to make it in the NFL and not pursuing a career in equestrian. I’ll never understand that one.

My response would be “don’t buy stock in Time Inc.”

I actually think about this a lot. When I started this blog I never really thought it would be that successful and I didn’t give much thought to the name.

I’ve never been able to settle on anything recently that makes me think “dang, I wish I would have named it that” though.

I don’t think “do you read Pistols Firing” really rolls off the tongue but I haven’t ever thought of anything OSU-related that does.

Do you guys have any suggestions?