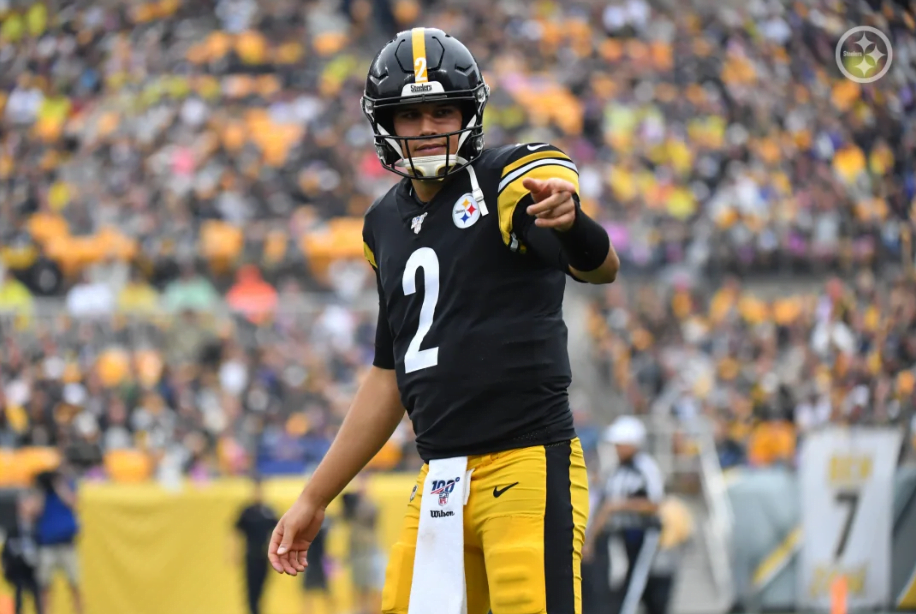 It was an eventful Week 5 for former Cowboys in the NFL, from a rash of injuries to a couple Pokes earning a little redemption.

We’re going to change things up with our NFL Update by focusing on the top five (or so) talking points regarding former OSU players each week. Let’s get started with the one of the biggest stories around all of football this past weekend.

Mason Rudolph suffered a scary injury on Sunday that took him out for the remainder of Pittsburgh’s 26-23 overtime loss to the Baltimore Ravens. Before his injury, Rudolph was shaping up to have a solid game for consecutive weeks. He finished 13-of-20 with 131 yards and touchdown.

On the play that ended his day, the Steelers faced third-and-11 from deep in their own territory. Rudolph scrambled, evading several tacklers, before finding James Washington for a big first down just before taking the hit that knocked him out.

Despite some talk about his and the Steelers’ heavy use of short passes, Rudolph is still showing he can go deep so far this year.

Per ESPN stats and info: Mason Rudolph's TD to JuJu was his 4th TD pass of 35+ yds. He's now second in the league for 35+ yard TD passes behind Patrick Mahomes (6). Jimmy G is second with 3.

And he’s showing plenty of improvement just four games into his tenure as Pittsburgh’s QB1.

Mason Rudolph started the Ravens game 9 for 9 for 89 yards. That means he had completed 33 of his past 37 passes for 318 yards and 3 TDs with no interceptions in less than six quarters, going back to Bengals game. That’s a 129.5 passer rating.

Fortunately Rudolph went home from the hospital on Sunday night and even showed up to the facility on Monday.

Mason Rudolph came into the locker room smiling during the team’s availability today. Definitely good to see him up and walking around.

He remains in the league-mandated concussion protocol. Pittsburgh head coach Mike Tomlin is expected to address Rudolph’s injury status in his weekly press conference on Tuesday.

Rudolph wasn’t the only familiar name to go down in the Steelers and Colts game. The intradivisional tilt become a Bedlam MASH unit of sorts. Rudolph was lost with the concussion. James Washington went out with a shoulder injury after hauling in three of his six targets for 52 yards. Washington’s status for next week is unknown.

On the Sooners side, Baltimore safety Tony Jefferson suffered a season-ending knee injury. Ravens receiver Marquise Brown (ankle) and tight end Mark Andrews (undisclosed) left the game with injury, but both returned to the game.

After losing three fumbles in the first three weeks, and averaging just under 53 yards per game, Carson returned to 2018 form averaging 111 yards per game and 4.5 per carry over the last two weeks.

On Thursday night, he turned in a season-high 118 yards on the ground plus this touchdown catch.

Chris Carson with the bobble catch.

Meanwhile, Russ is putting on a SHOW!#LARvsSEA | #Seahawks

Don’t look now but the former OSU record-holder is 7-of-8 on field goals so far this season after a 4-for-4, 14-point outing during the Vikings’ 28-10 win over the Giants. Bailey’s 87.5 percent field goal rate is ninth in the league currently.

What’s more, the Dallas Cowboys — who cut Bailey last season for CFL journeyman Brett Maher — lost to by 10 to the Packers in a game in which Maher went 1-for-3 including missing a 33-yard kick that would have cut the lead to 7 with two minutes remaining.

What is Dan Bailey doing?

Dan Bailey. That is all. #GoPackGo

After spending the first four weeks on Oakland’s practice squad, second-year wideout Marcell Ateman was promoted to the Raiders’ active roster. This seemed like a matter of time after the team and Pro Bowl wideout Antonio Brown parted ways earlier this season. It looks like the injury of offensive lineman Jordan Devey cleared the way.

He saw the field for just 28 snaps during the Raiders’ win over the Bears and did not draw a target, but there should be opportunities to be had. Ateman was promoted from the practice squad midway through his rookie season and started six games, recording 15 catches, 154 yards and a touchdown.