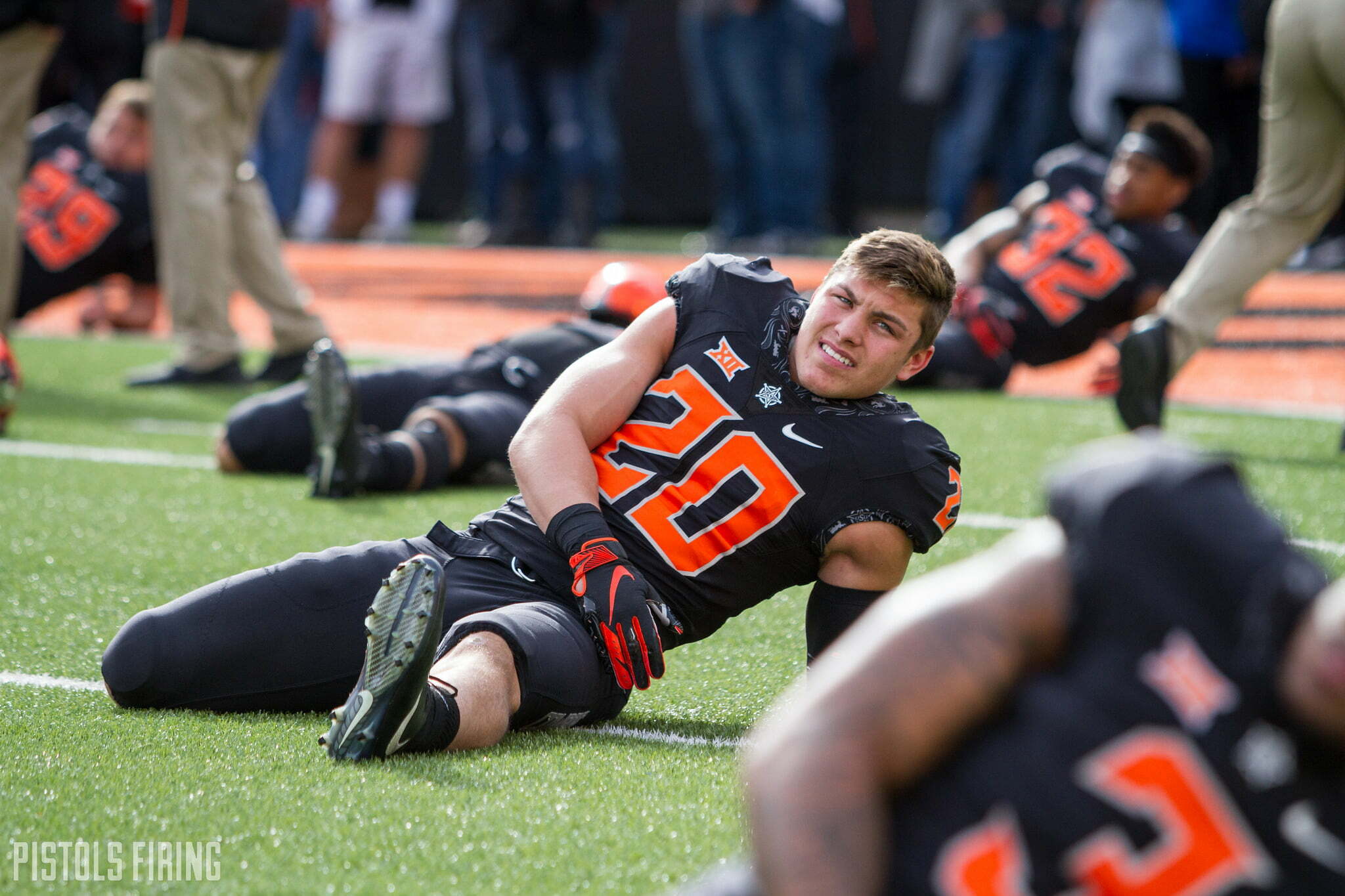 Last week was one of reality on PFB. Oklahoma State should not have gone 6-6. The recruiting hunt is getting worse. All of this might not improve in 2019 or 2020 or 2021. There’s a world in which this is the beginning of the end, where the mullet is clipped one loss at a time until it is ready for #farmlife.

There’s always a flip side when your margins are as thin as Oklahoma State’s. In 2018, that flip side is what if they convert must-have 3-yard plays against Baylor and OU and don’t rough the punter in Ft. Worth. Could this team be 9-3? It could be. You can say that about any team, I suppose, but I think we felt it more this season because other OSU teams it could have been said about normally finished with about the record they should have finished with. This one did not. Not with the way it played against OU, Texas and West Virginia.

Anyway, despite all of this, there is reason to be optimistic about the 2019 season. Adam Lunt had several tweets about this throughout the year (including this one about 2020), and while his viewpoint is far more analytical, I’m here to concur.

Next year OSU could run 12 personnel with Grayson Boomer and Jelani Woods, with Spencer Sanders at QB. (who throws a great seam ball) Line Hubbard at RB and run 4 verticals every play straight to Arlington. I'm weak.

Offense: The Cowboys were a top 25 offense in terms of points per drive in 2018 (FIRE YURCICH) and lose just three (but probably four) guys. Taylor Cornelius, Larry Williams, Shane Richards and Justice Hill are the only four offensive Pokes that won’t be back in 2019 (if Hill leaves).

An aside: We can sit here and argue about the Hill thing, but I choose to read between the lines. Go back and listen to Mike Gundy’s quotes after the TCU game. He was parsing his words carefully. The insinuation after the OU game was that Justice would be back for WVU, according to Gundy. When he wasn’t, I found that curious.

Look, I have no doubt Justice got hurt and remained hurt after OU, and I also have no doubt that there is at least consideration to shut it down after 681 college touches and move on to a nice NFL payday. Good for him. Hope he gets his while he still can. He has nothing to prove at this level, and while the way his career ended (if it ended) is a bummer, he’s still an all-time great Cowboy.

Anyway .. obviously Hill will be the biggest loss, but I think Corndog will be the most debated one. Heck, he could turn into the biggest loss if Sanders and Brown don’t pan out. That’s no guarantee, and OSU knows what it has behind Hill. It doesn’t know what it has behind Corn. While we’re here: I’m more excited for Year 2 of Chuba than I was Year 1. Year 2 Chuba will be more fully formed. The game will have slowed down (a scary thought for somebody who runs like a deer getting a morning lap around the meadow in) and he will be one of its primary cogs. I’m here for it all.

And if Sanders goes as Sanders is supposed to go, you’re putting a big boy recruit with a full year of institutional knowledge and the offseason training that goes with it into an already (usually) high-functioning offense. And you get to throw in some more toys at wideout and Cowboy Back. There’s no reason to not be optimistic about Mike Yurcich’s side of the ball in 2019.

The “possibly” guys are the big ones for me. You lose Phillips’ Walterscheids and Owens’ every season, but getting back two guys who could be (will be?) pros at some point would be a massive boon for Knowles. Especially considering the reality that the only reason either of them will play in 2019 is because of an injury at some point in their careers.

The good news is that the majority of OSU’s freshmen that got real playing time were on the defensive side. Kolby Peel, Jarrick Bernard, Kanion Williams and Tanner McCalister were the only four true freshmen who played four or more games, and they’re all part of a secondary that needs all the help it can get. Toss in JayVeon Cardwell, one of the true freshmen in 2019 (Demarco Jones? Trace Ford?) and you get at least somewhat close to replacing the level of talent OSU had in 2018.

The big question for me is whether Knowles and his side of the ball can make adjustments to be just average on defense. OSU’s defenses are like bad putters in golf. You don’t have to be elite to win, but you do have to be average … and Oklahoma State wasn’t anywhere close to it in 2018. The other good news (I guess?) is that their turnover luck was bad in 2018. There’s no way they can create 1 turnover per 75 plays again in 2019. Right? Right?!

Special Teams: OSU loses its two punters — Matt Hockett and Zach Sinor — next season but brings everybody else. Also they have someone who’s almost my age coming in to punt. A one-for-one trade with Australia for Mason Cox.

My biggest thing in 2019 is not necessarily who OSU lines up with but what they’re doing when they’re out there, which leads me to ……..

Coaching: I’ve been pretty critical of Gundy over the last week, but I’m still in. All the way in. The six home losses as a favorite in the last three years have me at least memorizing where the exit signs are on my off days, but I still think generally speaking he’s as good a program cultivator as Oklahoma State is going to find.

There probably should (and maybe will?) be some changes, though. They have to hire a special teams coach. I said this this time last year, and nothing about 2018 changed my mind about any of it. I don’t understand how a team that needs all the attention to detail it can possibly get has two defensive line coaches and no special teams.

There are other issues, too. Yurcich needs to not have massive half-long stinkers and Knowles needs to not lead the universe in big plays allowed, but Yurcich’s track record is strong, and Knowles gets at least two years. Look, everything looks bad when OSU loses some games it shouldn’t — I get that — but I don’t really think we’ve seen any extended periods of inadequacy from this group of coaches that would engender an overly pessimistic viewpoint for 2019.

Other than, you know … with recruiting.