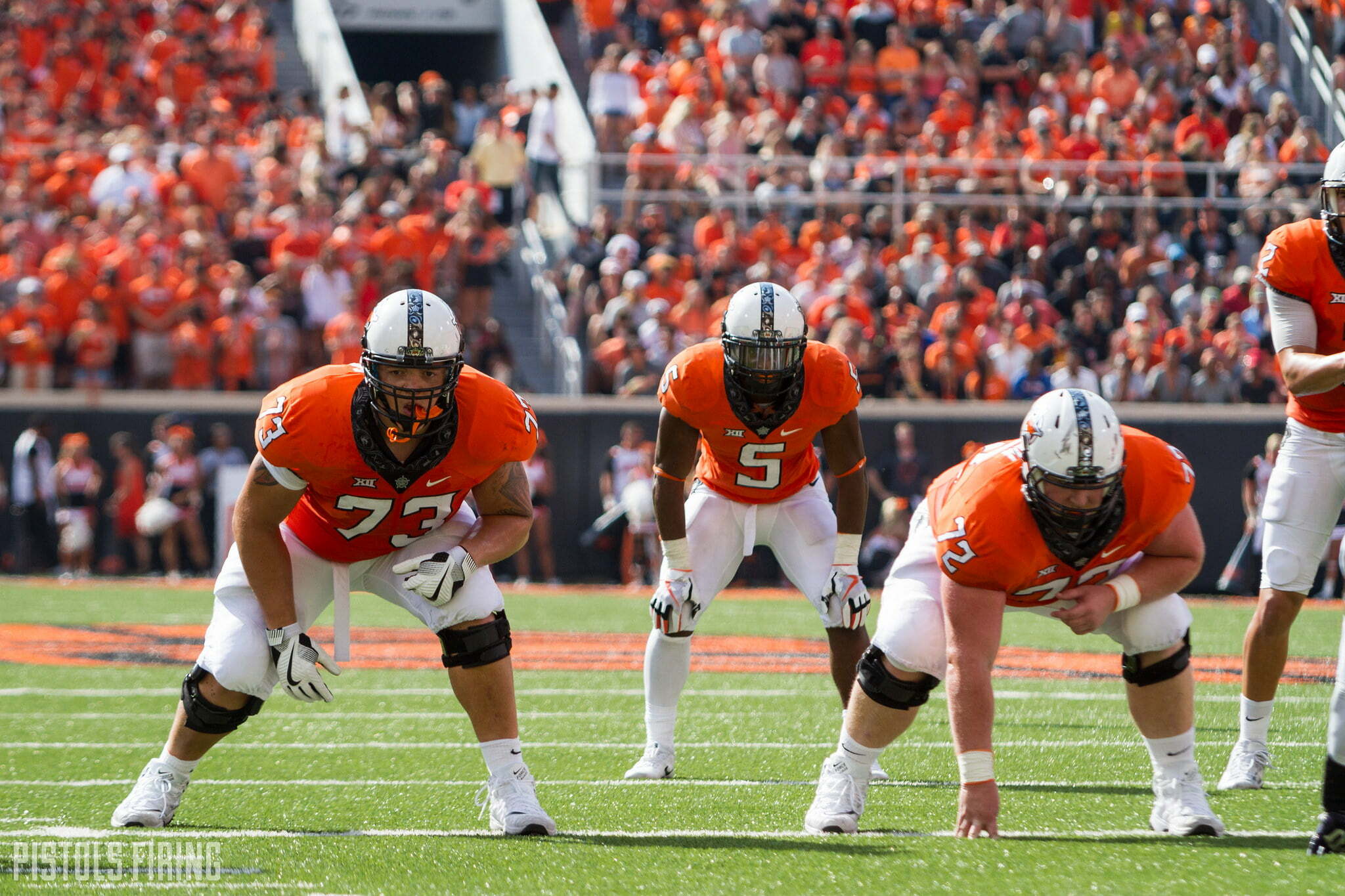 Let’s continue our spring position group previews with a retooling and inexperienced offensive line that will need to get up to speed quickly as OSU returns zero QB starts in 2018.

Here’s a look at the position groups we’ve touched on already.

Oklahoma State has seen more more turnover and turmoil in its offensive line over the last five years than any other position group. There were players on last year’s roster that were either recruited or coached by four different offensive line coaches and that type of inconsistency showed on the field and in recruiting.

But favored OSU son Josh Henson has brought his impressive recruiting resume and his touted coaching chops to the position, hopefully for the long haul.

His presence has already paid off early returns in both this year’s recruiting class and on the field. Henson is building something, and OSU fans should be excited about what he can bring to the trenches.

Oklahoma State lost at least three starters from last year’s offensive line in Brad Lundblade, Aaron Cochran and Zach Crabtree. A fourth, Larry Williams, is still in limbo as he awaits an the NCAA’s decision on his request for a medical hardship waiver.

The unfortunate injury bug that took a bite out of Josh Henson’s group in 2017 did at least allow for several younger linemen to get some early reps. Teven Jenkins saw action in 12 games and registered three starts, showing potential as he filled in for an injured Zach Crabtree at right tackle. Johnny Wilson plugged in where needed at both right guard and center. Both project to vie for starters’ reps this fall.

Returning starting left guard Marcus Keyes and Dylan Galloway, who saw action in 12 games last season, will both miss the spring after undergoing some routine maintenance on their shoulders but should be ready to go by fall camp.

After his first year as OSU’s line coach, Josh Henson proved his value as a recruiter bringing in five high school signees for the O-line. Hunter Anthony from Tuttle High School is already on campus and his four classmates will arrive in Stillwater this summer.

There’s a good chance that the majority of this year’s signing class gets the redshirt treatment. But the Cowboys are especially thin at center with Johnny Wilson being the lone snapper with any experience on the roster, so Tyrese Williams would be my best guess if any of these freshman see the turf in 2018.

Larry Williams showed enough in the last two fall camps to earn Week 1 starting duties at right guard. But each of those following seasons were cut short due to injury. If the NCAA does grant the expected medical hardship waiver, it’s a huge plus for a retooling and overall inexperienced line.

Making any concrete predictions for fall rotations is about as futile as guessing which new TV show my daughter will be into come September. But here is a somewhat educated guess of how things could shake out.

I feel pretty confident in the left side of the line but the crystal ball gets much murkier on the right. If Larry Williams is eligible, he should be the favorite at RG, and then you have a handful of guys vying for those other couple of spots in the rotation. A lot is yet to be determined, but these big guys need to start making their case this spring.