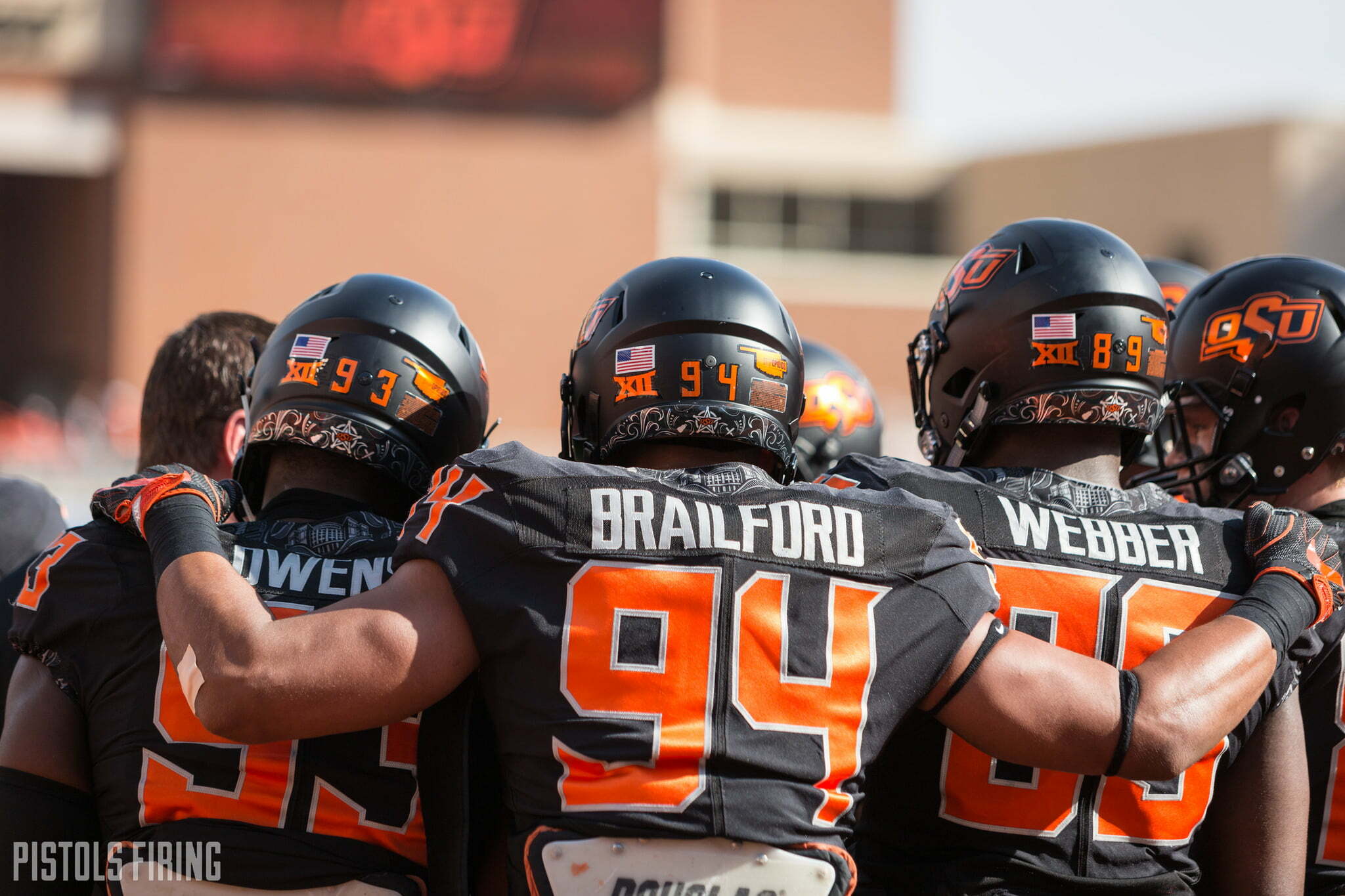 Spring practice, the unofficial, official start to the football season, kicks off this week and there are several questions to be answered, especially on the defensive side of the ball. What will a Big 12 version of Jim Knowles’ defense look like? Will some young underclassmen use his spring to forecast a fall surge, a la Vincent Taylor?

Let’s turn our eager eyes to the future and Oklahoma State’s big men on defense as we continue previewing spring camp. Also be sure to check our other spring position previews.

Here’s a look at the D-linemen listed on OSU’s spring roster split up by designation.

A group that has been as much as three deep over the last couple of seasons is thinning a bit in returners. But there are bona fide producers in Jordan Brailford and Cole Walterscheid. Triston Grant got his feet wet on special teams last season, and Brock Martin is my pick for that Vincent Taylor type I alluded to if there is one on this D-line.

The Cowboys will miss the disruption and overall production of departed senior, DeQuinton Osborne. Trey Carter should vie for an increased role during his eighth season in Stillwater. And it’s time to see what type of players Joe Bob Clements can turn Cameron Murray and Brendon Evers into.

Taaj Bakari, the sophomore who saw increased reps in 2017 is not included on OSU’s spring roster.

Darrion Daniels needs to be the star of this group. The senior missed the last three games of 2017 with an injury but has star potential and is staring at his last chance to fulfill it.

The Cowboys welcome several depth pieces for the future but will need to look for most of their production in the trenches from returning upperclassmen.

Michael Scott may have the best chance at cracking the rotation among newcomers. The edge rusher from Trinity Valley Community College will pack up his 25 tackles, seven tackles for loss, four sacks and his “World’s Best Boss” mug and head to Stillwater this summer.

Jim Knowles will be looking to revamp OSU’s defense and brings with him a 4-2-5 scheme, something Mike Gundy pined for toward the end of last season. While OSU mostly ran a 4-3 under Glenn Spencer, the Cowboys implemented a 3-3-5 scheme this time last year and used it at times in the fall, to varying degrees of success.

Knowles coaches a one-gap philosophy which makes understanding your job more simple, but ultimately more crucial for the big guys up front. How effective it will be against Big 12 defenses remains to be seen, but the aggressive play calls and blitzes he draws up should be at least exciting to watch.

Former Duke DT Mike Ramsay spoke with PFB about what it’s like to play in the trenches in a Jim Knowles defense.

“It was a single-gap attack style defense,” said Ramsay. “There’s not really any two-gapping or anything like that. He was a really good guy on gap integrity and also doing your job, because when you’re not two-gapping, one mistake can have a pretty big, exponential effect on the defense.

“It’s just a big thing to make sure to know where (your teammates are), but also the gap you’re on. Pretty aggressive, attacking, single-gap style defense that I really loved.”

I’m fairly confident in my DE1s but it’s hard to make a ton of projections this early. With a regime change, things tend to get shaken up. A lot will depend on with how quickly several underclassmen pick up the philosophy changes Knowles brings with him.