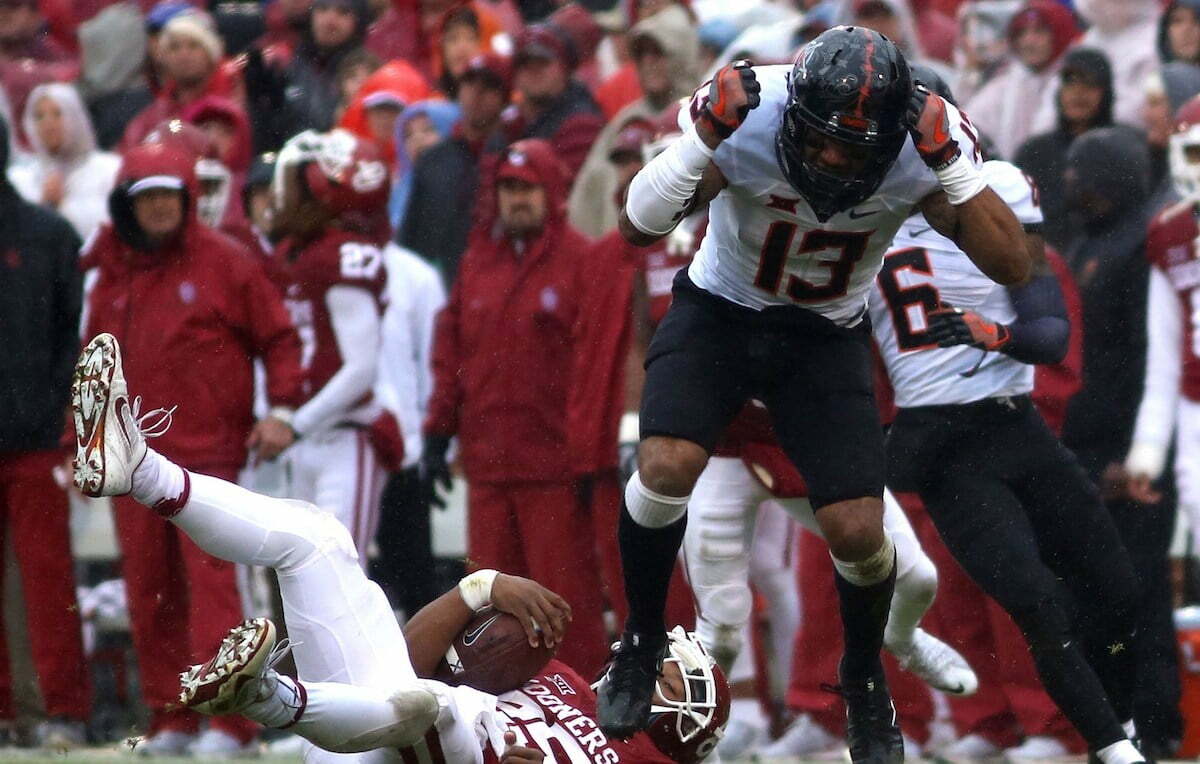 Oklahoma State welcomes the Sooners in a top-11 Bedlam showdown on Saturday that has major Big 12 title implications.

According to Vegas Insiders, the Cowboys opened as 3-point favorites over Oklahoma. That line has already moved to -4 since it opened, with the public apparently all over OSU in early betting action. They are also 4-point favorites at oddshark.com and betonline.com.

The Sooners covered the 19.5-point spread against Texas Tech on Saturday, but the sample size for the Sooners as an underdog is … small. Yet not encouraging. OU was an underdog only once this season against Ohio State in Columbus, and trounced the Buckeyes to the tune of 31-16.

Oklahoma State-Oklahoma kicks off at 3:00 p.m. on Saturday and airs on FS1. College Gameday will be in Stillwater to cover pre-game festivities, which will air from 8-11 a.m. on ESPN.