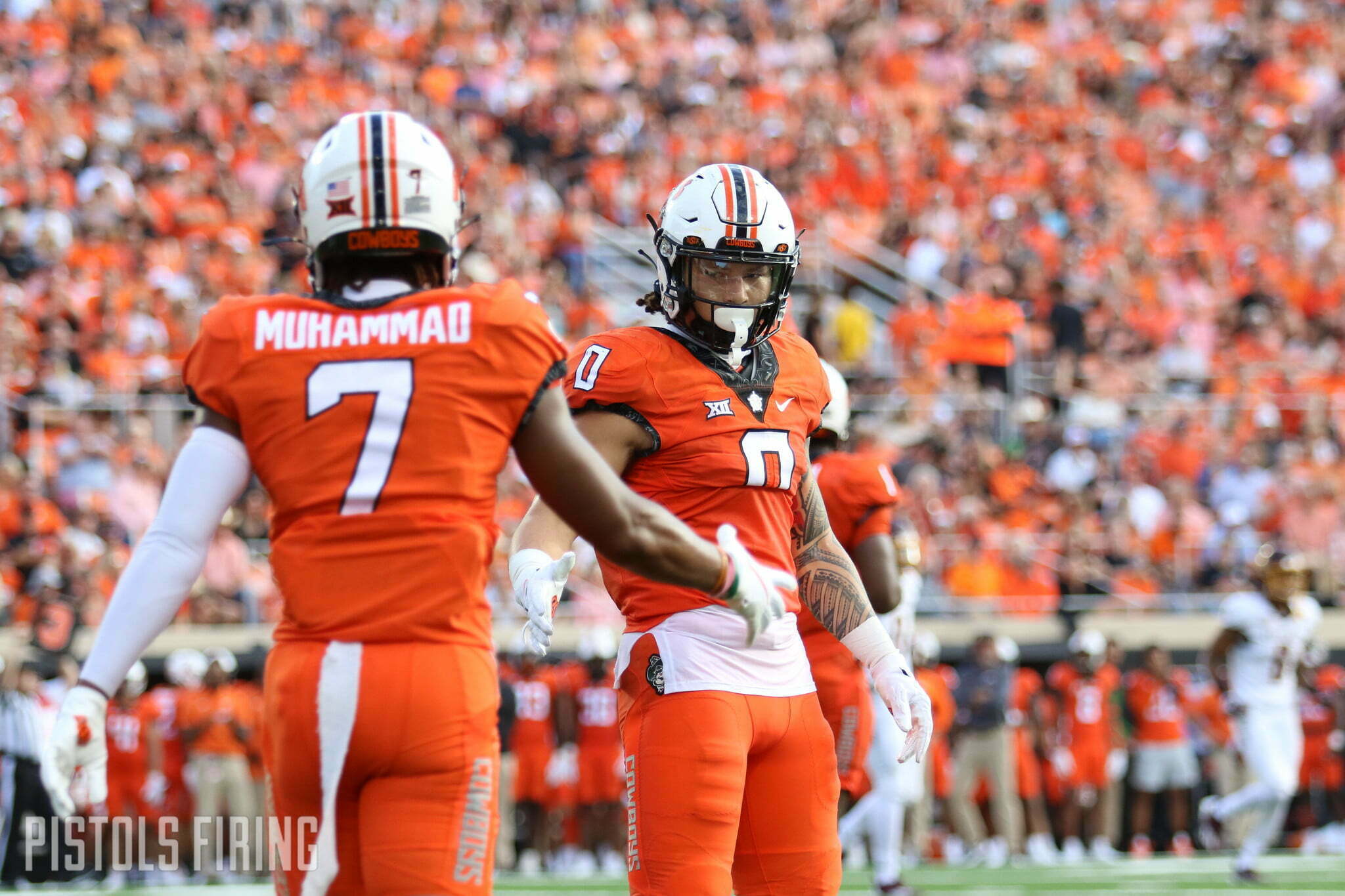 Oklahoma State released its second two-deep of the 2022 season Monday morning, and it’s mostly the same as the first.

The Cowboys hosts Arizona State at 6:30 p.m. Saturday in Boone Pickens Stadium, and here is what the two-deep looks like heading into that contest:

There are two minor changes from last week’s rendition of the OSU-released two-deep.

The first is an “OR” at receiver between Jaden Bray and Bryson Green. Bray was the listed starter last week but missed the Cowboys’ season-opener with an undisclosed injury. That gave Green the start, where he caught three passes for 34 yards and a touchdown.

The second change is Kendal Daniels and Sean Michael Flanagan sharing an “OR” at a safety spot. Daniels was listed as the starter last week, but Flanagan started the game. Flanagan played 62 snaps to Daniels’ 52, according to PFF. Daniels tied for a team-best with 11 tackles and brought in his first career interception. Flanagan had four tackles and a pass breakup.