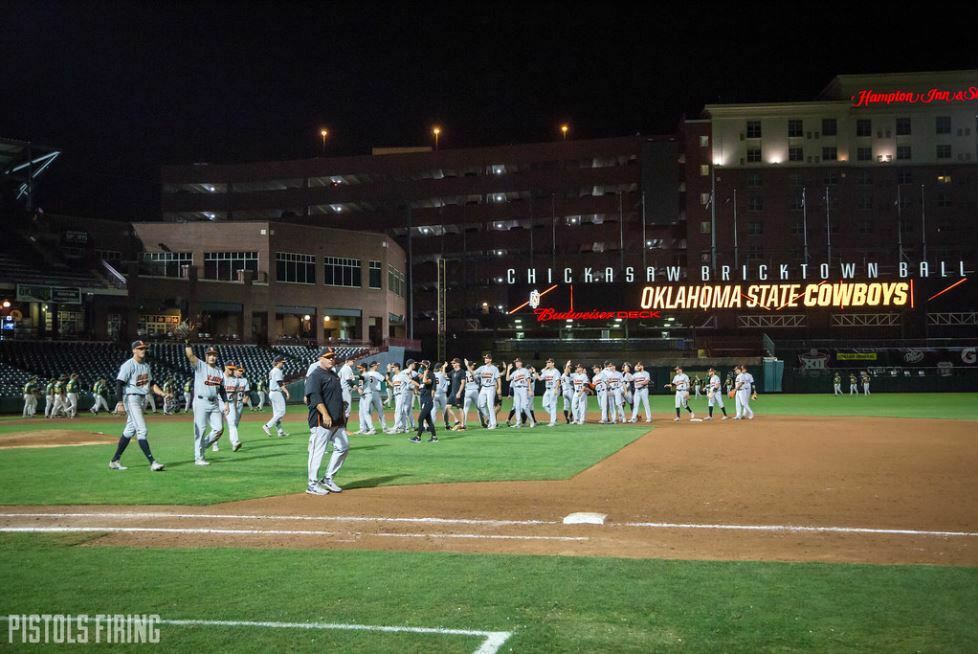 It’s official. The road to Omaha runs through … Oklahoma City?

On Sunday we learned the news that Oklahoma State would be hosting an NCAA Regional. On Monday, a change of venue was announced.

A chance to bid farewell to historic Allie P. Reynolds Stadium might have just been squashed by Mother Nature. Due to the heavy amount of rain Stillwater has received over the past couple of weeks — something that caused their regular season finale against Baylor to be canceled — the stadium will be unfit to host the Stillwater Regional, now called the Oklahoma City Regional.

So the Cowboys will host in Bricktown where they just went 4-1 in four days to take the conference tournament championship.

Oklahoma State earned the No. 9 overall seed in the NCAAs and will host No. 2 UConn, No. 3 Nebraska and No. 4 Harvard as the No. 1 seed in their own regional. They will take on the latter Ivy League school on Friday at 6 p.m.

All in all, the Cowboys appear to be happy hosts regardless of the venue.

Should the Cowboys advance it’s possible that they could host a Super Regional, but being the No. 9 seed means one of the teams above them, like No. 8 Texas Tech, would have to trip up. They don’t control their own destiny in terms of hosting like the top eight seeds do, and there is no indication as to whether or not Allie P. would be ready by then anyway.

And for those of you who purchased tickets to the Stillwater Regional, you’ll be taken care.

Season ticket holders who purchase all session seats will be seated in like seats/like location at Bricktown Ballpark unless requested otherwise. https://t.co/MavUwLi9DZ