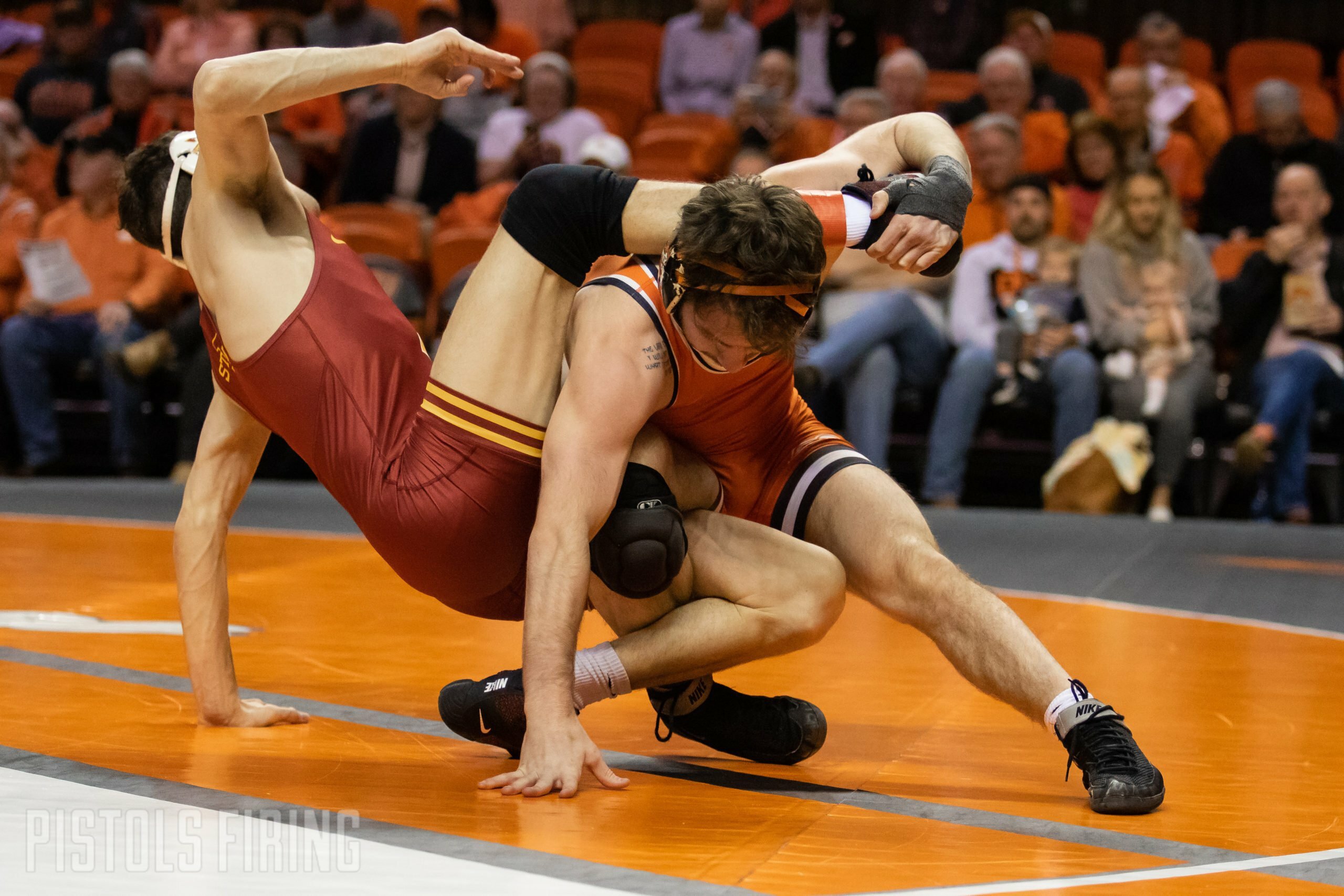 STILLWATER — The Cowboys have lost back-to-back duals for the first time since they shared a gym with Marcus Smart.

Oklahoma State fell to Iowa State 20-12 on Sunday in Gallagher-Iba Arena. After also losing to Northern Iowa on Saturday night, this is the first time the Cowboys have dropped consecutive duals since the 2013-14 season.

“We just need to be battle-ready a little bit more,” OSU coach John Smith said. “The weekend showed us some things, how easy it is to get distracted. It can just throw you off. Feel like there’s been a lot of distractions this week. Not to make any excuses, but just really, when you have multiple distractions, it doesn’t take a whole lot to throw you off. You go from being a pretty good team to being average real quickly. And we’re definitely average right now.”

Iowa State won two of the first three matches of the dual and did so without scoring a takedown. Kysen Terukina beat Trevor Mastrogiovanni 2-1 at 125 after riding Mastrogiovanni the entire second period and scoring an escape in the third. At 141, Iowa State’s Ian Parker scored two first-period back points on Carter Young but didn’t secure a takedown. Parker scored an escape in the second period and rode the entire third period to win 4-0.

Of the six matches the Cyclones won, five came with a riding time point.

“When you’re losing matches with riding time, that’s just attitude,” Smith said. “It’s got something to do with skill, trust me. Skill is important, but it’s really just attitude. Just a matter of just wanting to get out.”

The Cyclones’ first takedown of the dual came at 149, a match Iowa State lost. That was probably the match of the day, as No. 14 Kaden Gfeller defeated No. 21 Jarrett Degen 6-4 in sudden victory. A review took a Gfeller takedown off the board in the first period. There was another review in the third that confirmed a Degen takedown. So, the match went into OT tied at 4 after Gfeller came out on the unfavorable end of a pair of reviews, but Gfeller got his takedown to secure the win in sudden victory.

Dakota Geer had this second Top 10 matchup in as many days, but Sunday’s result was the same as Saturday’s. No. 9 Geer fell to No. 8 Marcus Coleman 8-3.

The last two teams to beat OSU in consecutive duals were Oklahoma and Minnesota, both of which were ranked in the Top 5. Northern Iowa is unranked. Iowa State is No. 7. If there is any silver lining in this for the Cowboys, it’s that the Pokes started four underclassmen in their 10-man lineup this weekend. That’s usually five with a healthy Ferrari.

“We need some experience,” Smith said. “We need to be embarrassed a little bit. We grow from these two matches and we move forward. I believe that’ll probably happen for us. It’s not given. It’s gonna take some work.”

The Cowboys will have another shot at getting dual win No. 500 in GIA on Friday, as they take on South Dakota State at 7 p.m.