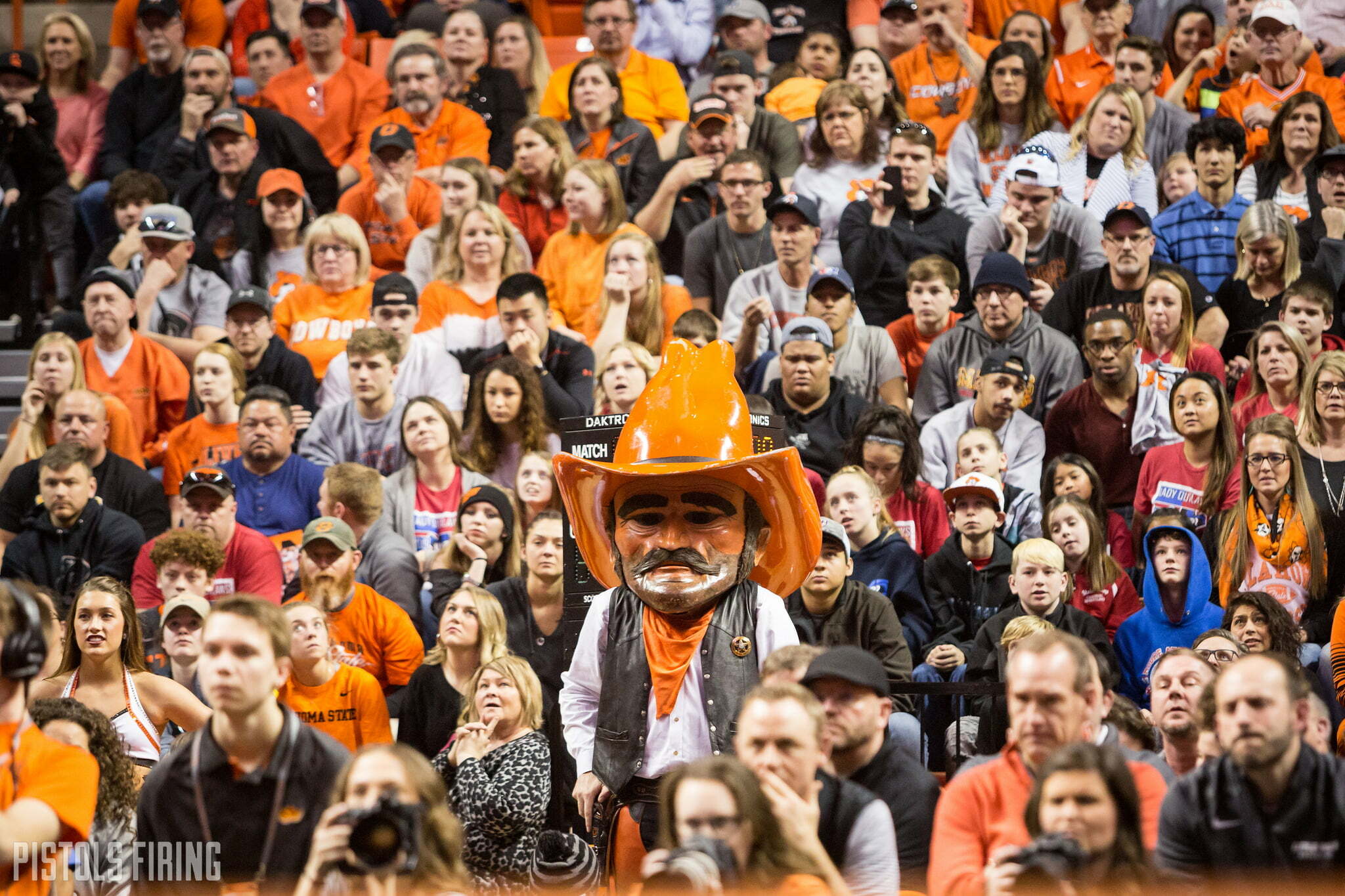 With the regular wrestling season over now, recruiting becomes a big discussion topic. The Cowboys picked up a commitment Wednesday from 2020 prospect Luke Surber to add to a loaded group coming in that year. They have already signed most of their senior class with the seven wrestlers they inked last November but wrestling is different than many other sports in how scholarship money works. There’s simply not a lot of it.

So even though the core of the signing class signs on signing day, there are often a number of wrestlers that navigate the process a bit longer then commit late. Colt Denney is a good example from last years class that signed around this time last year and came in and had a pretty successful redshirt season.

Here are a few I think could be similar and may be added to the 2019 class late.

The younger brother of current Cowboy freshman Wes Ahrberg won his first 4A state title this February at 160 pounds over Tuttle’s Harley Andrews. The Cushing, Okla. product comes from a very orangeblooded family which certainly could result in him finding his way to the wrestling room in Stillwater. Of this group I would say Jake is probably the most likely prospect of this group given his family ties to the university and that he grew up just down the road from Stillwater.

Braden Morgan is a two time state champion out of El Dorado, Kansas. He’s been ranked off and on nationally by most of the national high school ranking outlets and is currently No. 19 at 220 pounds according to Intermat. At one point he was ranked as high as No. 7 by FloWrestling.

One of very few unsigned seniors of his talent level, Morgan is from just two hours north of Stillwater giving OSU a strong advantage in the geography department as they’re by far the closest D1 program to him. At 220 he could reasonably make the move down to 197 or go the Derek White “Bulk Job” route of filling out at 285. OSU strength and conditioning coach Gary Calcagno naturally has the blueprint for how to do that after bringing up Derek White, who finished second at the NCAA tournament this year, from 197 a few years ago. The Cowboys are definitely making a push with Morgan but there are also other suitors. He definitely fits the most pressing size need for the Cowboys currently.

Montana Phillips  is one of the more traditional heavyweight prospects you’ll see. He’s a big kid that probably doesn’t require the “bulk job” we’ve seen with some of the recent Cowboy 285’s like Austin Schafer and Derek White. He may need some physical refining in the weight room but the size part is there. The Cadet Fargo champion in 2016 was ranked as high as No. 10 in the country by FloWrestling this past summer.

The two-time state champion out of Lawton Macarthur took a few losses his senior year and finished second behind OU commit Josh Heinselman at the state tournament. That knocked him out of most national rankings but he still finished as a junior All-American at Fargo last summer and like Morgan is certainly a size the Cowboys may need some help at in the future.

Phillips is one I don’t know a ton about his recruitment but to the best of my knowledge has not committed anywhere and is still on the market to wrestle in college. Being a local product from Lawton it’s reasonable that he could find his way to Stillwater.

With Derek White graduating this year the only heavyweight on the current roster is redshirt freshman Cornelius Putnam. Some transfers are in play but it would be nice for the Cowboys to establish a little depth at heavyweight by adding a few more big boys to their 2020 haul.