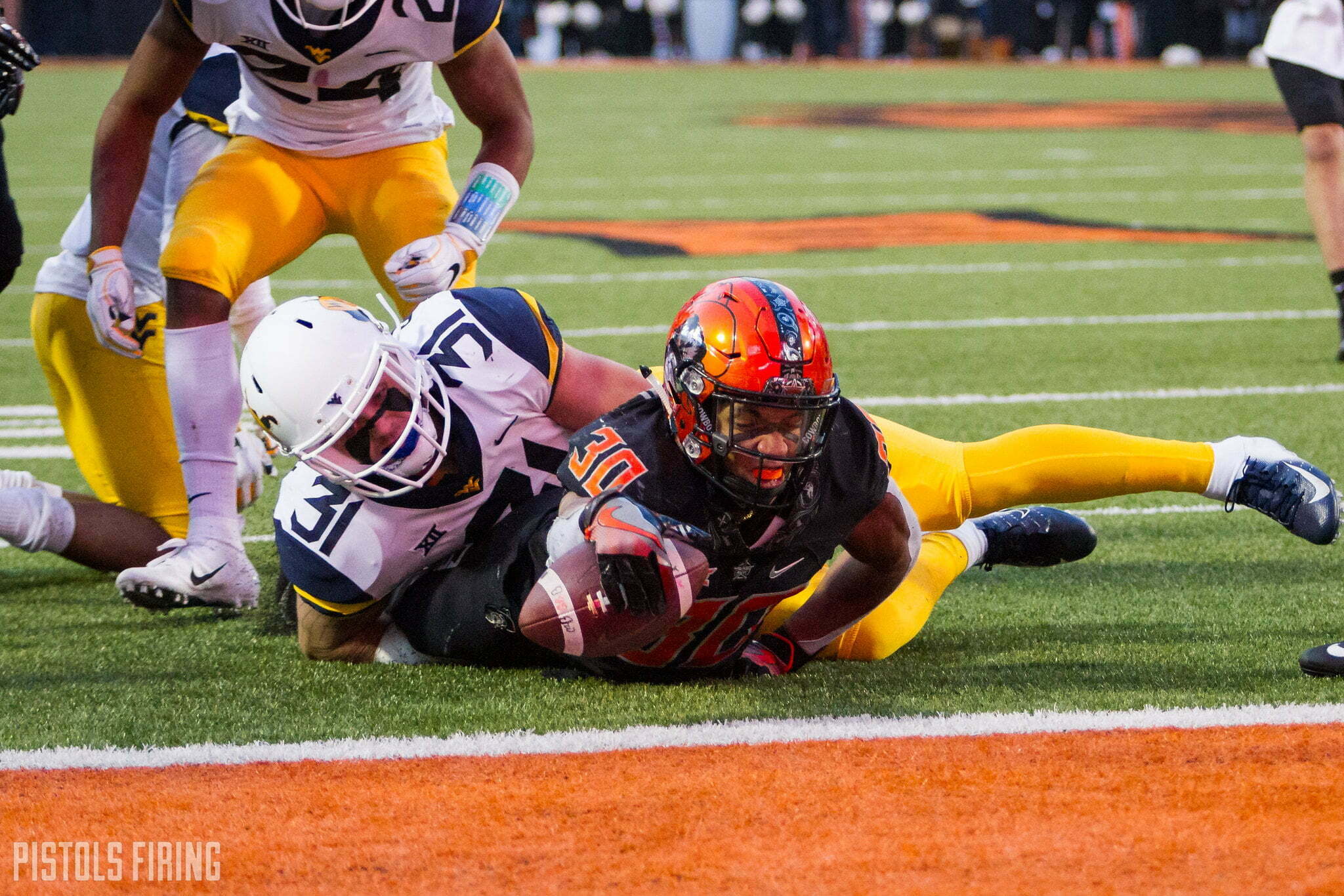 Last weekend’s game didn’t go anything like we envisioned it would, so let’s give this another try.

The Vegas line on OSU’s Big 12 opener against West Virginia is 7 points. We like the Cowboys a little better than that. Here’s how the Pistols Firing staff sees things shaking out.

Final Score: Oklahoma State 35, West Virginia 21 — Another close one that OSU squeezes out late on the strength of its defense. Tylan goes for a pair of tuddys. Chuba, too.

Offensive Player of the Game: Chuba Hubbard. He’ll be what the West Virginia D looks to stop, and yet it won’t matter. He’ll break off some breathing room in the second half with some chunk plays. Thinking he easily surpasses 150 all-purpose yards and paces OSU’s offense.

Defensive Player of the Game: I’m going with co-DPOG’s this week: Calvin Bundage and Trace Ford. West Virginia’s going to want to try and throw on this defense to keep pace with OSU’s offense, so getting pressure on the quarterback will be key. Think the former Edmond Santa Fe standouts both have big games in getting home and applying the heat.

Off. Player of the Game: Tylan Wallace — As of making this prediction, OSU’s QB scenario is still up in the air. That, paired with WVU’s solid D-line going against OSU’s questionable O-line, makes me think this won’t be someone in OSU’s backfield, so Wallace is the safe pick.

Def. Player of the Game: Amen Ogbongbemiga — Amen had 11 tackles and 3.5 tackles for loss against the Mountaineers last year. There was something about WVU’s offense that he liked, so he gets my pick.

Final Score: Oklahoma State 28, West Virginia 17 — I’ll temper my expectations while we still aren’t 100 percent sure on the QB situation. If it’s Shane Illingworth, I expect a more subdued offensive approach now that Gundy has had a week to think about a true frosh taking snaps and the fact that he still has Chuba to hand it off to. Plus, the Shane Train won’t be leaving the station behind late in the second half.

Off. Player of the Game: I think Chuba has a bounceback game after breaking his streak of 11-straight in tripe-digits rushing. Let’s say somewhere in the ballpark of 125 and 2 TDs. Plus, it’s Thurman Thomas Day — what better way to celebrate OSU’s all-time passer with its latest star RB?

Def. Player of the Game: Kolby Harvell-Peel. I know Jarret Doege helped WVU hang 42 on Eastern Kentucky last week, but I think that plays right into the hands of a sneaky good OSU secondary. I think its star will shine against a Mountaineer passing attack that comes into Stillwater feeling itself.