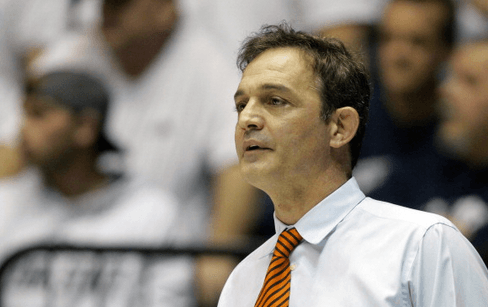 Welcome to Part III of our 2014-15 wrestling preview — we’ll look at the big boy weight classes today before looking at the schedule later on this month.

This weight is another one that is up for grabs entering the season. The good thing is that the two possible competitors are both experienced wrestlers. Kyle Crutchmer and Jordan Rogers have both seen time at the varsity level for the Cowboys.

Crutchmer and Rogers go back and forth while competing in the wrestling room, with each possessing different skillsets. Crutchmer is a bigger, more physical wrestler who looks to control the match and make his shots count.

Rogers is a bit smaller and leaner, but is very quick and looks to stay on the offensive. Both will probably see time at this weight, and possibly 184 pounds.

Tallied a 20-6 overall record during his redshirt freshman year. Saw action in five duals, going 1-4 while wrestling at both 184 and 197. Picked up victories at the UCO and Bixby open tournaments, while also placing third at the Joe Parisi Open.

Had a successful summer, winning the 80 kg bracket at University Freestyle Nationals. Enters season as the #17 ranked 174-pounder by Intermat, and #16 by Flowrestling.

Compiled an 18-11 overall record during the 2013-2014 season. Also went 3-4 in duals, wrestling at 184 pounds. Was the #1 ranked wrestler at his weight coming out of high school. Has had some trouble adjusting to college-level wrestling, however.

A hard worker in the wrestling room, but needs to translate that work onto the mat in live action. Beat Crutchmer, 9-4, in ranking matches earlier this month.

Nolan Boyd looks to be the man at this weight. Boyd started 11 duals at 184 pounds last year, splitting time with Jordan Rogers and Kyle Crutchmer.

Boyd gained valuable experience, as he looks to solidify this spot early this season. He wrestles 100% all the time, but Coach Smith stated that sometimes he just needs to slow down and stay within himself.

It sounds like the Oklahoma State coaching staff certainly has confidence in Boyd to have a successful season.

Redshirted his freshman year, compiling a 13-6 record while competing exclusively in open tournaments. Finished last season with a 29-13 overall record in his redshirt freshman season. Had a runner-up finish in the Big 12 tournament.

At-large bid to the NCAA Championships, where he went 0-2. Enters the season as the No. 20 ranked 184-pounder by Intermat, and No. 19 ranked by Flowrestling.

Austin Schafer will be the guy at 197 pounds. Schafer, who began his career at West Point, transferred to Oklahoma State after his freshman year. Schafer was thrown into action during the 2012-2013 season due to Blake Rosholt suffering an injury.

He gained valuable experience in the few varsity matches he wrestled that season. Took a redshirt last year, and wrestled extremely well in open tournaments.

Coach Smith believes that once Schafer gains more experience, he could be very good at this weight.

A big, strong wrestler who is very athletic for his size. Enters the season as the No. 15 ranked 197-pounder by Intermat, and No. 13 by Flowrestling.

Returning All-American Austin Marsden will start at heavyweight for the Pokes this season. Last year was his first season as the regular starter, and he got progressively better as the season went on.

Marsden is not a huge heavyweight by any means, but he certainly uses his speed to his advantage. He is also a very successful freestyle wrestler, having made two U.S. Junior World teams.

Like Dieringer and Kindig, expectations are very high entering this season. I would think anything short of another All-America finish would be a disappointment for Marsden.

Won the Big 12 title at heavyweight, the first of his career. Pulled upsets over the 6th and 8th ranked wrestlers at the NCAA Championships. Enters the season as the No. 5 ranked heavyweight by both Intermat and Flowrestling.